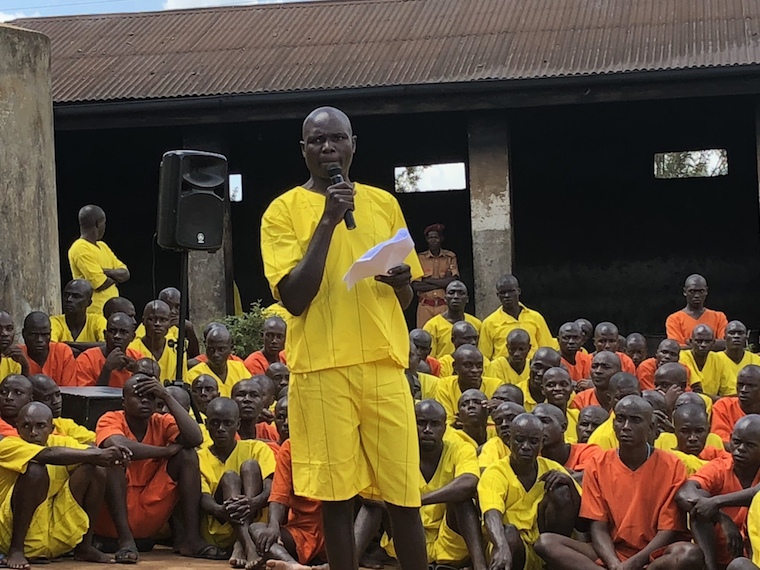 As the global death toll from the novel coronavirus disease (Covid-19) continues to rise, the whole world seems to have been caught off guard.

It was, therefore, unsurprising when, on March 18, President Museveni issued a set of directives that culminated in the partial lockdown of the country on March 31. With the recent 21-day extension, the lockdown could be lifted on May 5 but that may also depend on the success in combatting the pandemic.

At the forefront of enforcing these presidential directives are security agencies that, in some instances, have been overzealous and heavy-handed, attracting rebuke from the president.

From a legal perspective, the state has resorted to imposing criminal sanctions to penalize violations of these directives. These guidelines have since been incorporated into statute through the Public Health (Control of Covid-19) Rules, 2020; in which Rule 9 makes any contravention of the Covid-19 guidelines punishable by a term of imprisonment of up to three months.

Surprisingly, I’m yet to come across anyone charged under these regulations. Instead, the charges of choice for prosecutors are ‘disobeying lawful orders and committing ‘a negligent act likely to spread disease’ under the Penal Code Act.

While the former charge is a misdemeanor attracting a maximum of two-year imprisonment, the latter is a felony that attracts a term of seven years’ imprisonment. The curious case that had Pastor Augustine Yiga remanded is about the latter.

Lately, international organizations such as the WHO and UNAIDS have come out to condemn the use of criminal sanctions as opposed to non-coercive means of combatting Covid-19. That while some rights may be limited during an emergency in order to protect public health and safety, such must be for a legitimate aim, proportionate to the aim, necessary, non-arbitrary, evidence-informed and lawful.

On the evening of March 30, I received a phone call from a colleague asking me for help to follow up a matter in which a group of 23 youths were detained at a house in Nkokonjeru, Nsangi sub-county under unclear circumstances.

The following day, we set off for Nkokonjeru police post in Nsangi to find out what exactly had happened and forge a way forward. Whilst at the police post, Patrick Onyango, the Kampala Metropolitan Police spokesperson, arrived accompanied by several police officers and a group of journalists. Onyango had the youths brought out of their cells, paraded, their pictures taken, before going on to deliver a ‘well-crafted’ press statement.

In this address, he informed the country that the suspects were found living in a very “congested” environment contrary to the presidential guidelines on combating Covid-19. I found this odd and absurd because all the suspects had been detained in two small overcrowded cells for two nights and denied bond.

I wondered whether congestion does not apply when it comes to government detention facilities. Regardless, they were subsequently arraigned in court, charged with ‘negligent act likely to spread infection of disease’ before being remanded to prison where they remain to date.

I wonder: what would have been wrong with granting the suspects bond and have them relocated to appropriate lodging facilities as they faced their charges before court? Better still; was theirs a crime that warranted remand? Could the court not have granted them bail at the point of arraignment?

I was, therefore, somewhat relieved with the news that government was considering decongesting prison by releasing about 2,000 inmates. This follows a call by Human Rights Watch and a petition by several civil society organizations.

According to Frank Baine, the spokesperson of Uganda Prisons Service, they have generated a list of close to 1,500 convicts comprising those that had served at least a third of their sentence, breastfeeding mothers and inmates over sixty years. Excluded from this list are those serving capital offences.

With regard to those on remand, he said that they were compiling a list of those charged with capital offences that had completed their “mandatory” period of remand to be sent to the chief justice for court to consider granting them bail.

First and foremost, persons on remand presently account for more than 49 per cent of the total prison population in Uganda. Secondly, there is no such thing as mandatory remand. The Constitution, in Article 23 (b) (c), provides for mandatory bail where an accused has spent 60 days or more continuously on remand prior to the commencement of his or her trial in case non-capital offences, and 180 days without being committed to High court in case of capital offences.

Therefore, to exclude those charged with capital offences or those that have spent less than 120 days on remand is unconstitutional. It goes without saying that all enjoy the presumption of innocence and right to be released on bail pending trial.

Thus one should not be punished for simply being an accused. All should be afforded the opportunity for bail, especially in time of crisis such as this.

Article 121 of the Constitution confers upon the president the power to pardon persons convicted completely or conditionally, grant conditional respite for a period of time from the execution of punishment, and substitute the punishment for a less severe form of punishment.

However, it should be noted that whereas the presidential pardon applies to both capital and non-capital offenders, it remains a mystery why prisons authorities have chosen to exclude capital offenders. It is my understanding that prison is intended to help reform convicted persons.

People like Sharma Kooky, Chris Rwakasisi and Nasur Abdallah, among others, have benefited from the presidential prerogative of mercy notwithstanding the fact that they had been convicted of heinous offences. I see no reason why others should be unjustifiably deprived of this opportunity on account of the nature of offences for which they were convicted.

Uganda has a prison population of more than 55,000 inmates spread across 254 prison facilities that should ordinarily hold a maximum of 17,304 inmates. This puts the prisons occupancy level at 319.2 per cent, thus making it a ticking time bomb.

Any outbreak of the coronavirus behind bars will most definitely overwhelm an already overstretched prison healthcare system, thereby endangering an innumerable number of inmates and staff.

This is not helped by recent news of outbreak of Covid-19 in various prison facilities around the United States claiming the lives of some inmates. Given that suspects don’t undergo checks to ascertain whether they are free from Covid-19, what if someone carrying the virus is remanded and ends up infecting others in prison?

Matters are not helped by courts being temporarily shut down while access to legal services is virtually closed after the sector was deemed non-essential.

The acts of the respective authorities, and especially our judiciary, in this regard only serve to exacerbate the already dire situation in which we find ourselves. Use of arbitrary detention and involuntary isolation only serve to infringe on a wide range of global health and human rights norms.

Uganda is a party to the International Covenant on Civil and Political Rights that explicitly prohibits arbitrary arrests and detention. However, much as certain rights may be restricted in public emergencies, under the United Nations Siracusa Principles, limitations on human rights are only justifiable if they are prescribed by law; and if they pursue a legitimate aim, and are proportionate to the aim, necessary, non-arbitrary, and evidence-informed.

These are the standards to which criminal law and other sanctions used in the enforcement of the Covid-19 guidelines should be subjected to.

So, security agencies arresting people for violating the curfew should consider adopting non-custodial measures such as diversion, reprimanding or cautioning suspects, and use of on-spot fines for minor violations. Any form of detention, other than house-arrest or confinement to one’s home, should be discouraged and avoided.

These are perilous times in which we find ourselves; so, it calls for compassion on the part of the courts in exercising their constitutional mandate. Imprisonment should only be the last resort.

Section 75 of the Magistrates Courts Act provides a magistrate with powers to release any person brought before him or her on bail with or without sureties. Therefore, it is time to introduce ‘Covid-19 bail’ as one of the tools of combating this pandemic.

The author is the head of legal services at the Centre for Legal Aid.

+1 #1 Kalibbala 2020-05-13 16:07
I found this odd and absurd because all the suspects had been detained in two small overcrowded cells for two nights and denied bond.

Yes..NRA..Treating Ugandans like Rubbish!Not Only are Prisons Over-Congested but They are Still in that Condition of 1900!!

Not a single coating of Paint or Facilities like Toilets ! Inmates Urinate in Jerrycans!! Police Officers make Jokes if they are found sleeping on Cartons..that "They now have Mattresses"!!..Most of Them are Arrested for simply being found Quarreling..Uganda is a Failed State..Prove Otherwise..by Releasing ALL Political Prisoners and Innocent Muslims both Rotting in Safe Houses and Prisons around the Country..
Report to administrator
0 #2 Akot 2020-05-14 14:03
Kalibbala, thanks.

You have described how Uganda is under colonial occupation & control & why Ugandans MUST say NO to the tribalistic system, UNITE, to get second Independence!

Ugandans are isolating & confining themselves with colonial Museveni who has no tribal land in the zone, yet controls every institution, owns tax money, reduced them to state of SLAVERY!

Which normal people would go along in peace trembling in fear, oppressed by a migrant they were kind or stupid, to give shelter to?

Isn't it time Ugandans think of their children/grand kids & "UNITE", to ensure they are not slaves in a country that will once again belong to Ugandans?
Report to administrator
0 #3 Akot 2020-05-14 14:13
Why is human rights alright with the way Museveni tribalistically divided & will rule Uganda till he drops dead of old age?

Why has so called human rights not said a word about how Museveni rules & treats Ugandans?

Amin killed prisoners & told the world Uganda was a peaceful country with good people & that was why prisons were empty!

Where will released prisoners go, to their villages & without control, especially as no one knows why they were imprisoned, will they have huts to live in, food to eat...?

What has human rights said about unlawful inhuman imprisonment of Dr S.Nyanzi?
Report to administrator