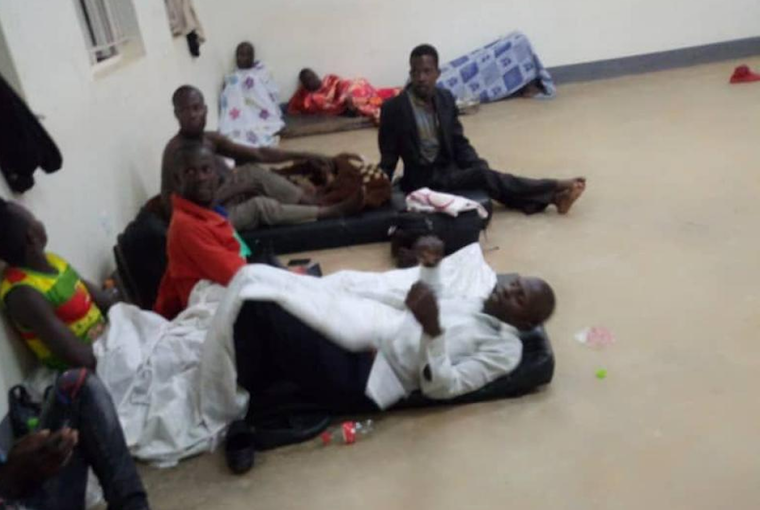 COVID suspects at the quarantine earlier

Bishop Dunstan Memorial secondary school quarantine centre in Kalangala has been closed due to lack of funds.

In April, the island district received Shs 165 million from the ministry of Finance for surveillance, coordination, the establishment of isolation centres and fuel allowance for the COVID-19 taskforce members among other activities.

Kalangala LC V chairperson, Willy Lugoloobi, says that out of the money from the government, Shs 40 million was allocated to maintain the quarantine centre, feed suspects and also facilitate the five health workers and security officers at the facility.

Daniel Kikoola, the Kalangala resident district commissioner says that by end of last month, the funds to maintain the centre had been exhausted. At the time of the closure, there were no COVID-19 suspects at the centre. Kikoola says that due to lack of funds, the task force was forced to mobilize for food and other items from the community.

Dr Godfrey Hadubi, the district health inspector, says that the centre will be opened when more funds are released. He says that Covid-19 suspects have been advised to self-isolate at their homes. The centre opened in early April and so far 89 suspects had been admitted at the centre. One of the patients at the facility identified Mubiru said there were only just 6 mattresses for 70 suspects and the facility advised those who could to get beddings from their homes.

They were contacts of Eng Charles Banya Lwanga, who tested positive to COVID-19 after returning from the United States of America in March.

When Banya was referred to Entebbe hospital, the surveillance team traced all his contacts and took them for institutional quarantine. On Sunday Uganda registered two more coronavirus deaths, raising the total number of deaths to 41 and 3,667 confirmed cases.

And sleeping Ugandans are unable to realize that that is what is failing the Covid 19 fight!!! Prepare for worse infection and deaths...

Ugandans can't safely self isolate at home, they don't know that each Ugandan is now having to foot their own USD 65 for testing!! They are still unconcerned!!!
Report to administrator
0 #2 Jonathan 2020-09-07 07:38
The truth is that there are many cannibals in health ministry who have turned the fight against into money making project.

They introduced a testing fee of $65 for Covid 19 testing which is slightly high compared to a testing fees of neighbouring countries like Kenya and Tanzania.
Report to administrator