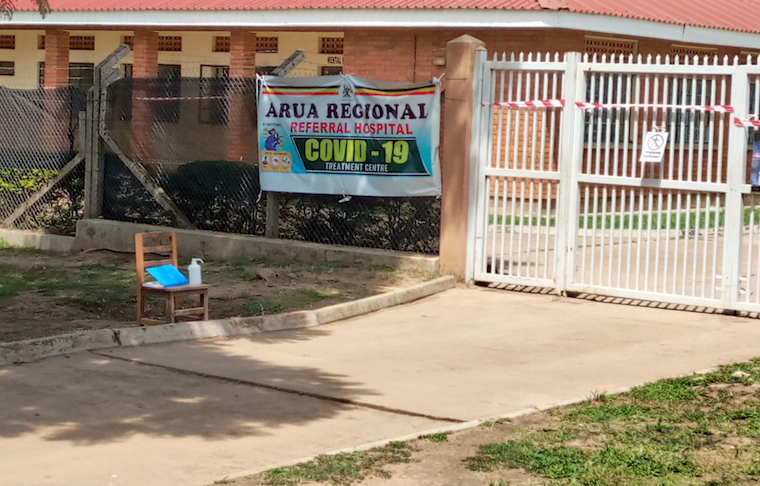 Five Tanzanian truck drivers who tested positive for COVID-19 have been discharged from Arua regional referral hospital.
They include four drivers who were intercepted in Pakwach on April 24 and one who was intercepted at Vurra Customs on April 25.
The official discharge was presided over by the state minister for Primary Health Care Dr Joyce Moriku Kaducu and witnessed by a team from the World Health Organisation, the Ministry of Health and of COVID-19 task force officials.

Dr Philbert Nyeko, the director of Arua hospital said that the truck drivers, who have spent 20 days in the treatment centre were discharged after testing negative to subsequent COVID-19 tests.

"From then until today the 20th day, those who were admitted on the 24th, it is the 19th day for the ones we took in on 25th. All those patients had mild symptoms and we have been treating them...We have tested and by standards, we have been convinced that these are cured patients. Having cured, we think this is an opportune time to free them. All the 5 are Tanzanian nationals and we hope they will reunite with their families. These not being Ugandans poses a challenge to us because we do not know where to take them. Hon. minister we have done it, we took in five COVID-19 patients and today we’re taking out 5 recovered patients," said Dr Nyeko.
Minister Moriku said the cured truck drivers shall remain at the treatment centre until a communication is received from the Embassy of Tanzania to receive and pick them.
Earlier reports indicated that Tanzania’s High Commissioner to Uganda would travel to Arua to officially receive the truck drivers for transportation back to Tanzania. But Moriku in her communication said that they had made efforts to get in touch with the Tanzanian Embassy officials in vain.

The RDC Arua Nahori Oya commended the district task force and the medical workers for a good job of ensuring that all the truck drivers recover.