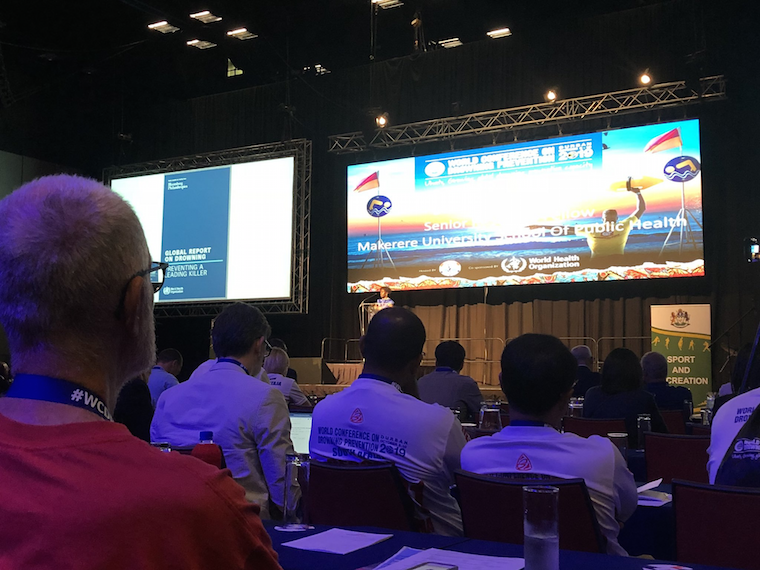 Deaths by drowning are climbing and Makerere University research fellow Dr Olive Kobusingye has challenged African governments and entrepreneurs to stop lamenting about the high fatality figures on the African continent, and instead find workable solutions.

Delivering her keynote speech at the World Conference on Drowning Prevention in Durban, South Africa yesterday (Tuesday), Dr Kobusingye told the over 500 delegates from 64 countries that much as Africa has the highest rates of drowning in the entire world, those numbers need to come down quickly.

Only a few countries on the continent have workable data sets (databases) on drowning - making interventions difficult.  According to the World Health Organization (WHO), about 320,000 deaths by drowning occur every year.

That figure only includes usable statistics from just two African countries; Egypt and South Africa with the rest of Africa only represented by extrapolates (estimates) yet most water accidents and deaths are recorded on the continent - eight per 100,000 people.

Kobusingye said it is time everybody on the continent stood up to the challenge and started thinking fast, bold and outside the box because a good and viable solution is capable of penetrating and trickling down to the last person on the continent just like mobile phones and mobile banking have successfully done within a short period of time – because they were the right products that offered the right solutions to the African people.

“Drowning is not necessarily happening at only large water bodies. Drowning is happening in ponds, in small rivers, in wetlands. Alcohol is an important issue, adverse weather, vessel carrying capacity…but we have hardly published anything to work on interventions.” she told the delegates.

WHO proposes installing preventive barriers, providing safe places and teaching school children swimming, among other interventions but Kobusingye says such globalised measures may not work for every country that has unique challenges.

She said a mere installation of a water tap may just as well prevent children from drowning in a nearby well.

According to the Uganda Police report, out of 8,826 postmortem examinations carried out throughout the country last year, 3,343 were for murder cases, 2,905 for fatal traffic accidents, 1,068 for sudden deaths, 661 for murder by mob action, 196 for murder by shooting, 147 for suicide cases, 126 for drowning, 169 for suspected murder cases, 89 for death by natural causes, 33 for electrocution cases, among others.

Experts say the numbers could be higher because Africans are exposed to drowning risks and dangers due to safety. Last year
an estimated 33 people drowned in Lake Victoria when a wobbly MV Templa capsized on November 24. In May this year, the state minister for water, Ronald Kibuule lost his two-and half-year-old twins who drowned in the family swimming pool in Mbalala, Mukono.

At the twins’ burial, government chief whip Ruth Nankabirwa said she lost a baby relative who drowned in a water bucket - signifying the fact that drowning can occur to anyone and anybody anywhere.