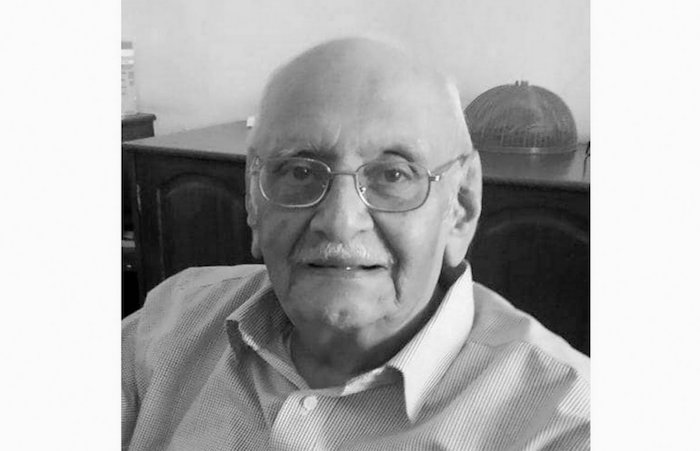 The entrepreneur died quietly on Wednesday evening in Fort portal, according to reports. Karmali, born in the 1930s is the father to Alykhan Karmali, who is currently running the family business empire that spans into real estate, banking, transport, and manufacturing.

The history of the Mukwano Group goes back five generations to 1904, when Alimohamed Karmari, the father of Amirali, landed on the East African coast. He made his way to Uganda and settled in Fort Portal in western Uganda. It was his rapport with the local population that earned Alimohamed the nickname Mukwano, which means friendship in Luganda.

He started a small business which, in the 1960s, gave birth to the transport business run by his son, Amirali Karmali. Amirali later shifted his base to Kampala. He was one of the few Asians who stayed on in Uganda during Idi Amin Dada's military regime. Nonetheless, the uncertainty during the time could not allow many businesses, including Mukwano achieve their potential.

It thrived on and up to date, Mukwano produces most of the household items used in Uganda, including personal care products such as the petroleum jelly, soap, cooking oil, drinking water.

A statement on the legacy of the business says, Mukwano Industries Uganda Limited began operations in the 1980s in Kampala with a single enterprise store dealing in general merchandise and produce.

“The first major step in the growth of the company was taken in 1986, in the manufacturing of soap and edible cooking oil,” it reads.

“These were the mainstay of the company until the late 1990s when we made a major investment into the manufacturing of detergents and plastics. This etched Mukwano’s position to the helm of the manufacturing sector.”

All this was at the stewardship of Amirali. It reported that he handed over the day-to-today running of the empire to Alykhan in the mid-1990s.

In 2011, together with renowned industrialists the later Dr James Mulwana of Nice House of Plastics, Amirali Karmali was decorated with the ‘distinguished order of the Nile (class one) award’ for his distinct performance in production and enterprise development. Both men proved that in Uganda, one could start a business and it succeeds.

In the neighbouring markets, including Kenya, DRC, Sudan, and Rwanda, Amirali made sure Mukwano products traded as outstanding as possible, earning the country much needed foreign exchange.

While opening the Group’s Acacia Mall, one of the upmarket shopping centers in Kampala in 2014, President Yoweri Museveni challenged Ugandans to emulate Amirali and tap into the abundant wealth in the country. Today, according to Group reports, they employ 7,000 people directly and indirectly within the various companies they own.

It has also severally been recognized among the top taxpayers in the country. The group’s revenues have been estimated to top up to $300m annually.

But Ugandans should also be reminded that in cahoot with power that be; the Mukwano business Empire was also built at the expense of many Ugandas, which among others include land grabbing and environmental abuse.

E.g. even after many former KCC protests, the current Mukwano shop and/or plastic factories were constructed with impunity in a wetland and the Main Kampala Drainage pathway (the Nakivuubo Channel).

In Byunyoro (Kigumba District) many poor citizens lost their lost their ancestral farm land, as they were grabbed and electrically fenced off. One the biggest chunk of land was government land, which in th 70's Amin had temporarily given to the Palestinians (PLO).

And before that: during the 2nd World War, the Brits had allocated it was for Polish POW.
Report to administrator
+4 #3 Lakwena 2019-07-11 10:19
In Cahoot with the regime, Mukwano grabbed the prime former UTC Bus Park and Garage land.

In other words, since the NRM advent to power thru the barrels of the gun, behind and/or underneath every business empire in Uganda, there are ugly skeletons.

E.g., who now owns the former Shimoni TTC and Demonstration School land? Your answer is as good as mine.

How can any morally and right thinking citizen of a country grab children's school land? It is abomination.

Now where Shimoni stood stands somebody's Kingdom. Because it sucks, even God is in that building he cannot force me to set foot into that building/property.
Report to administrator
0 #4 rubangakene 2019-07-11 22:12
MUKWANO'S GOLD; this man drained all the Karamoja unrefined gold and sold it in Dubai.

How will he account for that in front of His Maker? The Karamojong are worse of because of him. Is it a coincidence that the thieves are all dying in the same week?
Report to administrator
-2 #5 Ronald musinguzi 2019-07-12 10:32
Some times we have to be sensitive about our comments towards the diseased. Let's show negative emotions because of our cold feelings.

We all know that former President Idi Amin had grabbed some things from these people.

And they were doing every thing for the development of our nation. Now for the things we say they grabbed, they were just claiming back what was grabbed from them. 2nd,he was also Ugandan(mukano)
Report to administrator
0 #6 Lakwena 2019-07-12 13:01
Quoting Ronald musinguzi:

Some times we have to be sensitive about our comments towards the diseased. Let's show negative emotions because of our cold feelings.

We all know that former President Idi Amin had grabbed some things from these people.

And they were doing every thing for the development of our nation. Now for the things we say they grabbed, they were just claiming back what was grabbed from them. 2nd,he was also Ugandan(mukano)

In other words Musinguzi, wait until one day "they" grab what belongs to you. Until that happens to you those making brazen comment are insensitive.