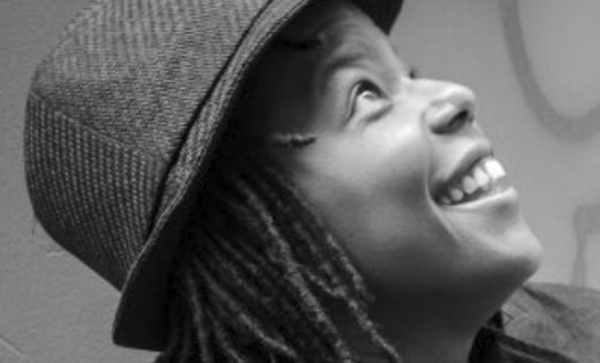 Caroline Kamya, an international multi-award-winning film producer and director, is in Uganda to celebrate the success of her first movie while supporting the country’s creative culture.

Kamya, who was born in Uganda, has been living in the Netherlands for 10 years now where she directs and produces documentaries and short films. After the success of Imani, which Kamya both produced and directed, making her the first Ugandan woman to do so, she was head hunted to do cinematic work in Amsterdam and now that the film industry is moving away from the traditional cinemas to online and streaming services, Kamya hopes that the Ugandan audience can adjust to this trend too.

“It feels wonderful to be back. I love Uganda and the abundance of great creative talent we have. Since launching my production company in 2004, my passion has been to showcase the talent we have in Uganda to the world. All those I worked with here were stars in their own right and key to my success. Rehema Nanfuka had her breakout role in Imani and now she is a leading actress and filmmaker in Uganda,” Kamya told The Observer.

“After the release of Imani, I have been involved in various initiatives to support our local film industry and the talent that is to be unleashed.”

Her commitment to the arts is reflected in the projects she has run over the years in both Uganda and the Netherlands. She recently announced the launch of project NATIV which supports young African media professionals that would wish to work with international media and filming companies.

The scheme has been developed by her film company CeeKay Films, together with filmmakers from Hollywood, Nollywood, the UK film industry and The BBC.

“The purpose of this project is to support young professional media creatives who are ready to work globally. We want to make the industry more accessible for creatives whilst working in their home country. If you can write well, have the right video equipment, laptop, phone and you can shoot well, you can come onto the platform and get clients from abroad,” Kamya said.

As well as NATIV, Kamya also runs a non-profit programme called Shattered Hues, which supports creatives of African descent living and working in the Netherlands and Italy, such as actors, singers, writers where they freely discuss the beauty of being African as well as the hardships of being black in a white man’s world.

In 2006, Kamya launched the Uganda Arts and Media Academy, which ran for three years, building up the creative community in Uganda. Her team also produced some of the first reality and game shows such as, “Jazz My Life” and “The Good Life Show” which aired between 2006 and 2008.

Unfortunately, she was not able to sustain them due to her busy schedule in the film projects she was working on at the time, but says she would love to start up the movie academy again, since training is key when it comes to film. Luckily, right now she has access to top- tier facilitators in the film industry who can offer professional trainings to the local filmmakers.

Even though Kamya acknowledges that the Uganda film industry has grown over the years she has been away, especially technically, she believes a lot still needs to be done when it comes to script writing.

“We have not yet gotten our Ugandan way of writing films, more so for fiction and documentary. I feel we are still imitating other cultures a lot. We also need our government to support the filmmakers because it can be a very great way to showcase our country to the outside world.”

Kamya is in Uganda for a couple of months and will be searching for talented creatives ready to work internationally. She is also continuing her work with top agencies, brands and NGOs, as well as carrying out talks, workshops and mentorship sessions especially for women in film.