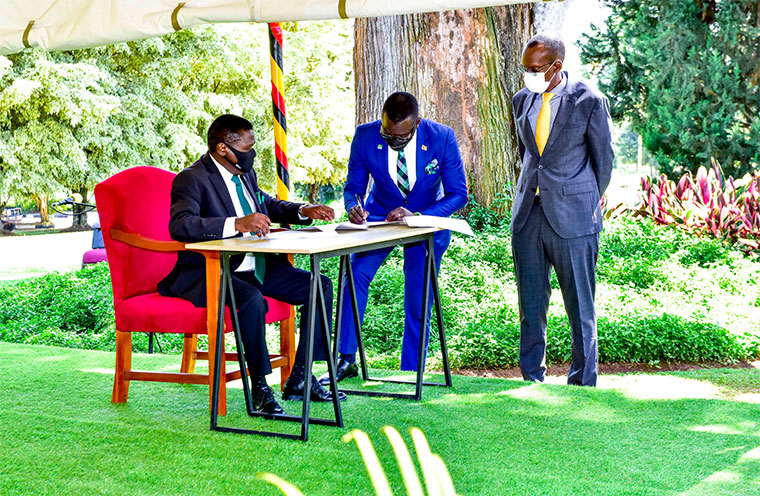 Let me begin this way: if you asked a witch to tell you why they eat dead human bodies — something abhorred in many traditions — and this witch were smart and eloquent enough, by the end of this conversation, you would be considering joining them in the practice.

They will tell you about the nutritional benefits of human meat, which is not only organic, but also already naturally salted – like salted sea fish in restaurants in Mogadishu or Dar-es-Salaam. It is a delicacy.

They will tell you about the Sikhs who literary burn the bodies of their deceased, which in effect, pollutes the environment. It is also mean to the deceased. Why subject them to hell fire before judgment day? Besides, what is worse between dumping your loved ones in a hole in the ground as opposed to processing them as sumptuous meals—useful both in life and in death?

But are these actually scientifically- verifiable arguments agreeable? No. Why?

The reason the science and poetry of the witches in favour of turning their deceased into delicious meals is resisted is not because there are problems with their scientific-intellectual premise, or not because they aren’t eloquently argued. But because one’s justification for their actions or decisions are legitimated within what we call a ‘discursive field,’ a context, a “regime of truth” if you like (used loosely).

It is only within this discursive field that explanations, decisions and actions are understood and legitimated to be true and acceptable. Normally, quite unfairly, there tends to be singularity, a hegemonic regime of truth, and would have been established over a long period.

So, whatever Norbert Mao will say as explanation for joining Museveni at this point in time—however poetic, scientific—will find resistance, not in the counter-arguments of Mao’s interlocutors, but in the discursive field.

In opposition politics in Uganda after 35+ years of Museveni, the discursive field is built in a manner that working with Museveni is a corruption, not a visionary idea. So, it does not really matter what the joiner says, but the ‘regime of truth’ that the 35 years have already established.

Let me quickly get this out of the way: I refuse to join the chorus chastising Minister Norbert Mao for joining his yesterday’s oppressors. My position remains that opposition politics and activism are like industrial or organic products—they have shelf-lives and expiry dates. They expire.

So, you have some beautiful flowers, Mercedes Benzes, Tata lorries, Sony television sets, bicycles and boda-bodas and mangoes and oranges. All these products are good in one’s life, but they serve different functions, and past their sell-by date, they are useless, if not outright dangerous. [They remain repairable, of course].

Especially when the journeys are long—protracted struggles — some of these products become never live long enough to become useful to their consumer. Some cannot stand a heavy downpour. They could remain shiny on the outside, but rotten on the inside. After some time, a Sony TV misses its receptors, but remains perfectly beautiful.

Thus, when opposition politicians expire— like many have done and will do before reaching the promised land—it has nothing to do with them as individuals. But that is how the maker wired them. Thus, my hero, Hajji Hussein Kyanjo remains the quintessential vintage car—a Rolls Royce if you like— however hard the rain falls, it bows out with its shine both on the inside and outside.

What is also true is that fake individuals cherish buying shiny expired products for the symbolism they give. Recall those days we used to wear non-functional watches. Yes, we had swagger with these useless machines. Those were some fake lives.

This is an old position of mine: the collapse and disintegration of opposition politicians or political parties is the ultimate victory for ordinary Ugandans fed up with Museveni. And this is Museveni’s dilemma: while he cherishes “finishing off ” the opposition, in truth, the absence of these pretentious folks is the real threat.

Because, these dramatists in opposition cloaks are but a distraction to serious activism. In obliterating them, Museveni, ironically, enables raw opposition sentiments to emerge. Thus, it is only the wananchi that actually benefit when you have a dead DP, an expired Norbert Mao, or a defunct UPC.

Mao’s departure is a vivid demonstration that: (a) the people we selected from amongst us occupying space as the opposition are not necessarily wolf in sheep skin, but are organic products with major vulnerabilities.

Thus, the revolution has to return to the hands of the wananchi. (b) the format of struggle has to return to the native. It does not have to be structurally organised, but unorganised, small, individualised, and almost ignorable by the state. It could have a name such as People Power or Red Card Front; a leader such as Bobi Wine or Dr Kizza Besigye or Kakwenza Rukirabashaija. But should never have an office, spokespeople or secretaries general.

I will say again: if there is anything to learn from the rise—and fall—of the People Power movement, as the force it was, is that it thrived on the ruins of major political parties and expiry of major politicians.

FDC had split, DP was endlessly wrangling and UPC oblivion was in full force. As Ugandans looked inside, a loved celebrity rose to the occasion. The wananchi are looking inside again, and we would like to thank Minister Mao for making this soul-searching even more urgent.

That is why the leadership of the Kingdom state of Buganda is constantly being warned about the consequence of staying put in bed with an African tyrant.

This Kingdom state of Buganda believes that this is not the first time it has been confronted by many savage tribal tyrants in its midst. And there are many more that might want to come over.

As said before in the third point of advice to the Ganda leadership, if Buganda recovers and rebuilds its armed forces, this state will certainly prosper and keep its Ancient state of African civilization.
Report to administrator
12345