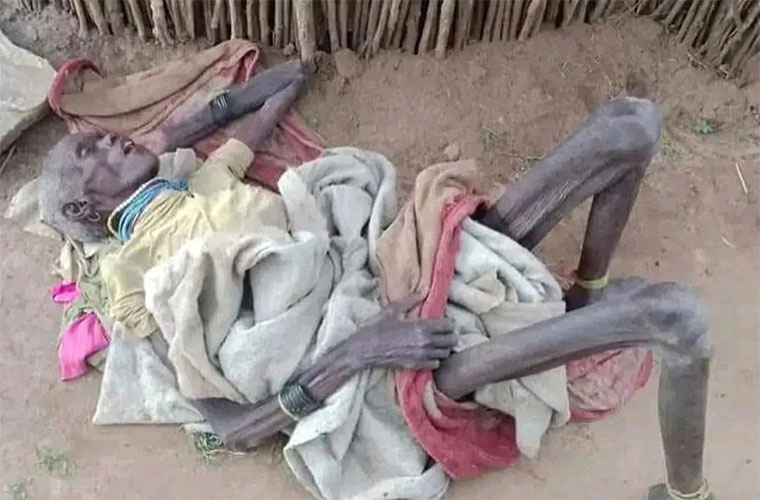 I don’t remember the class I was in but one statement that still lingers in my mind is, “We shall not wait for Karamoja to develop.”

Whenever someone asked a teacher to repeat a sentence while the teacher read aloud notes, this particular statement was used to discourage slowness. I kept wondering who could have certainly come up with such a reckless and insensitive statement.

What crime did Karamoja commit to be left out of the development equation?

We would giggle gullibly at the statement but I never felt okay about it. I found it awkward and it stuck in my mind. Back then, I didn’t know where Karamoja was located in Uganda. When we started learning about the map of Uganda, I got to have a small picture of its location.

Still, this statement disturbed me. I had the same questions of why we were not waiting for Karamoja to develop. It was so normal for a teacher to say that statement if anyone asked for “pardon” or if one came late to class. The entire class would burst into laughter.

I have always followed current affairs, right from primary four when my dream back then was to become a news anchor like Josephine Karungi. I would doze off during night prayers, especially recital of the rosary but I would be so awake when it was time for the bulletin.

My teacher of English in Primary Six and Seven nicknamed me “Journalist.” I would mention the entire cabinet members off head even after a reshuffle was made. When the first lady was appointed minister of Karamoja Affairs, I looked forward to watching and reading news about Karamoja. I linked Karamoja to the infamous statement. I heard of projects such as valley dams and disarmament. I hardly understood what these projects were for but at least

I knew there’s something going on. Did the minister do something then? Are the current ministers doing anything? I will go find out. A region so endowed with minerals has been deliberately left out in the equation of development to an extent that it’s used as an example of slowness.

Her children have been left to decorate the streets looking for a day’s meal. The authorities, without offering feasible alternatives, have discouraged masses from giving those street children food and monetary gifts because doing so invites the children to return to the streets the next day.

How do you reunite a child from the street with a starving family back home? As a nation, we have failed those children. A country that boasts of agriculture as a backbone has people dropping dead like flies due to hunger! We are trying to force and convince the world that we have attained middle-income status.

We have doctored statistics to show for this “milestone” even when there are stats that show otherwise. A goat project was launched recently. It got me thinking about what exactly this government is trying to promote.

You are disarming cattle rustlers but you are donating goats. Won’t the goats be a source of insecurity and make the cycle continue?

Giving food and disarming is just like prescribing Panadol to relieve pain when we should actually examine and address the root cause of the challenge. Famine and insecurity are just manifestations of poverty that need long-term strategies.

Now, we shall not wait for the government to act. We donated food, money, vehicles, and many more items to this government at the height of the Covid-19 pandemic. Why don’t we do the same for Karamoja?

The Karamoja crisis is not just a concern for those who hail from there. It is part of a bigger national crisis, which should concern all of us. It is encouraging to see food donations being taken to the affected districts.

Now that we have given them food to take them through a day or two, what plans and interventions are being taken to promote sustainability and ensure food security?

The last time I heard Agnes Nandutu was when she was just rewarded with the prestigious ministerial post. I heard that she was among those who complained about being given old vehicles. I hope her worries about discomfort were sorted.

Oh, I also heard that Nandutu was not feeling okay. I hope her guaranteed health insurance was of help. But what is her docket doing to address hunger, malnutrition, insecurity and the whole cocktail of problems that are choking Karamoja?

The writer is a human rights act

For how long will Ugandans ignore they are slaves of migrant Museveni, that their tax is his pocket money & he's the only one to distribute it as he wants, to whoever he wants?

Who else is served by Museveni with tax money that belongs to him, in the Uganda that is his family business?

Way back, Dr Obote forced Karamojongs to wear clothes & they fell sick immediately! So, they burnt the free clothers & went back to living naked & got back their good health!

Only National Education for ALL, in real governance, will give Karamojongs/Ugandans the KNOW HOW to develop & live healthy!
Report to administrator
+4 #2 Lysol 2022-07-27 21:15
The corrupt killer regime has been bragging that Uganda is now a middle class economy. That is not what one would see in a real middle class society.

Even the very poor can still afford to eat and get the basic necessities of life.

The interest of this regime has always been in looting Karamoja of it's resources and not development.
Report to administrator
0 #3 Akot 2022-07-29 20:54
Lysol, agreed, but,

Who brought & are keeping Museveni in power?

Museveni got what he dreamed, fought for, is this so for Ugandans?

If not, then why remain tribally divided ruled by him when just;

- NO to the tribalistic system he put in place,

are all Ugandans need, if they want himout?

Why wait for him to conclude 40 years, then legalise him with next fake elelctions?

French president is with Museveni & impatient to ensure Total controls Uganda oil, yet even irrealistic Macron will leave Museveni in power, but France will be assured of controlling Uganda oil through Total!

36 years++++, what do Ugandans still expect from Museveni & why aren't they tired of him?
Report to administrator