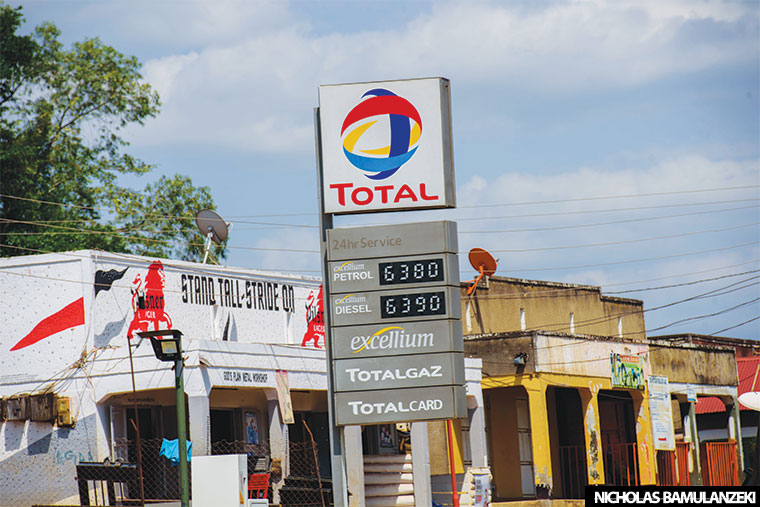 The mess in the fuel industry is becoming uncontrollable. Fuel prices in Uganda have hit a new high, with a litre of petrol going for as high as Shs 6,350 while diesel was quoted at Shs 6,250.

This has been witnessed on giant petrol stations like Shell, Total and other competing fuel stations like City Oil, Petrol City, Hass, Stabex etc and the prices keep increasing as you drive away from the city centre.

Arguably, the increase in fuel prices was said to be a global challenge though some other countries like Kenya and Tanzania are not too much affected since their fuel prices are even still at $1.2 and below. This implies there could be other unidentified domestic factors causing a drastic shift in the current fuel prices in Uganda.

Fuel being one of the major economic drivers, the country is now experiencing rampant closure and collapse of many businesses. The increasing fuel prices have made public transport business unaffordable and unsustainable. Those in the transport service sector are now resorting to alternative sources of income which are also of course unfavourable since the entire economy is under a slump.

But today the prices have almost doubled yet public transport means have not increased transport fares up to date.

“Even when we try to increase transport fares, people cannot afford. The economy is down all our clients do not have money," one of the taxi drivers on Kampala-Masaka road lamented.

A journey that used to take 10 liters of petrol has now doubled the price and to businesspeople, this is not sustainable. Thus, many have decided to park their cars until when fuel prices stabilizes to normal. However, the question remains; will Uganda’s fuel prices drop? and where will these business entrepreneurs be before fuel price stabilization.

With such increments, many people are being forced to resort to public transport means such as the use of boda bodas as a way of coping up with the hiking fuel prices. However, even boda boda operators especially in cities and urban centers across the country have decided to hike the transport fares to enable them remain in business.

Besides, the current restrictions and policy shifts on boda bodas in cities are also unfavourable to them. City authorities aim at reducing the number of commercial motorcyclists in their geographical jurisdictions.

Do city authorities want citizens to foot to work?

An interplay of several factors, including the effects of Covid-19 on the supply chain, the resurgence of the global demand and new tax regimes in East Africa are said to have led to this rapid change in fuel prices in Uganda. New tax policies also saw a Shs 100 increase in the excise duty per litre although this did not take immediate effect on the prices, at least in the first two months of 2021/2022 financial year.

The country was enjoying a stable fuel supply according to Frank Tukwasibwe, the commissioner for petroleum distribution, implying that the causes could be internal. The global energy demand has risen in the last few months after the opening of economies from the Covid-19 pandemic. However, the supply appears to be low leading to pressure on prices. This explains why some of the fuel stations have closed while others may have only diesel, petrol, or none.

Currently, the war between Ukraine and Russia might have lesser effect on Uganda’s increasing fuel prices thus there could be internal factors that are heavily pushing fuel prices to where they are.

Reports indicate that at least 130 countries are experiencing sharp fuel price increments due to the high global demand, although countries like the United Kingdom faced extra problems like high transportation costs. In Kenya, the oil prices were recently pushed up when the country raised taxes and lifted all subsidies, pushing the prices to at least 4,430 Uganda shillings per litre of fuel.

The government of Uganda has completely failed to develop a sustainable strategy for the hiking fuel prices. This has seen motorists demonstrating on streets about the ever-increasing fuel prices in parts of Jinja and Mukono. The transport sector is becoming meaningless, yet the cost of living is too high with souring commodity prices, all attributed to hiking fuel prices.

So what should the government do?

Government should consider reducing taxes on fuel with a target of halving fuel prices across the country. This will ultimately lower the transport costs, commodity prices, cost of doing business and the overall cost of living in Uganda.

The ministry of Energy and Development should monitor and follow up all fuel dealers to prevent artificial increments in prices largely arising from hoarding and the influence of cartels. The East African Community should negotiate for uniform fuel prices with all fuel suppliers outside the region to minimize barriers to regional and domestic trade.

Conclusively, the failure to address the rising fuel prices will result in inevitable demonstrations, business collapse, limited tax revenue due to a reduction in the tax base and eventually unpopularity of government. Government's reluctancy to reduce taxes and adopting other strategies to address the current situation, will continue to see Uganda experiencing increasing fuel prices and skyrocketing commodity values.

The authors are researchers at Gateway Research Centre Uganda