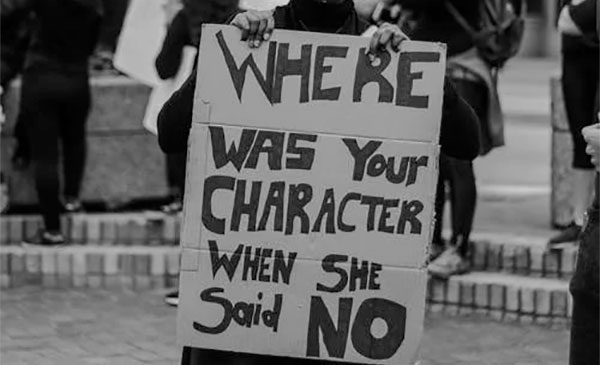 Uganda retains a legal regime on sexual offences that is heavily influenced by Victorian morality, which mainly focuses on criminalising ‘immoral’ (albeit generally victimless) conduct. Thus, the laws of Uganda as they relate to sexual offences, particularly in the Penal Code Act (a June 1950 legislation), define all sexual offences in terms of decency, morality, modesty, etc.

The Penal Code Act, therefore, has an entire chapter dedicated, not to ‘sexual offences’, but to ‘offences against morality.’ It looks at the offences of rape, defilement, abduction (with sexual intent), elopement, indecent assaults, prostitution, ‘unnatural sexual acts’, among others.

Now, while this chapter is no doubt critical in the protection of vulnerable persons from sexual violence and such gross violations of their bodily integrity, these acts should not be considered offensive to ‘morality’ but, rather, to the specific individual affected. Morality, like culture, is a subjective, ever-growing and ever-evolving concept that is nebulous, untouchable, dynamic and sometimes even unknowable depending on the times and regions where it is sought to be enforced – which is simply untenable in a good law.

When a person suffers a violation of their body, the offence is against the person and, much like murder, not against morality or even culture. It may indeed be offensive to society and to the moral sense of some, maybe even the majority, and this is important as every society needs some established moral codes and values, but such offences are primarily against the persons who are violated.

Therefore, in reforming sexual offences law, we should look at sexual offences as violations of the person and, therefore, legislate only against conduct that victimises someone specifically, rather than offends society’s sense of morality as a whole. We must find a way to legislate more strictly and clearly against non-consensual and exploitative conduct that causes harm and build a legal regime that protects the vulnerable elements in society, particularly the children, without unnecessarily discriminating against or patronising victims and survivors.

We need to redefine laws on sexual offences to focus on preventing harm to specific persons, rather than society as a whole and remove language that focuses on the moral outrage felt by an amorphous unknowable group of people that are not hurt by the conduct complained of.

The law should instead use crisp legal language that comprehensively defines these offences as they harm individuals, in order to create and hold the necessary space for actual victims and survivors to access justice, post-traumatic stress support services, emergency medical support and assistance – all of which are free of judgmental moralistic undertones (which somehow always bleed over from the perpetrators to the victims, shaming them for having been victims and feeding Uganda’s impressively stubborn ‘rape culture’).

The Uganda Law Reform Commission and ultimately parliament must, therefore, focus on reviewing Uganda’s sexual offences legislation to protect people by enacting a sexual offences law that adequately protects persons from all forms of penetrative and non-penetrative sexual assaults. And that is not because they offend the sensibilities of the Ugandan society, but because they offend the dignity and integrity of the victims.

By the same token, acts that do not necessarily cause harm to anyone and are without victims must be left out of the sphere of regulation. A case in point is the lengths to which the previous parliament went to try and regulate sex practices by prescribing acceptable sex practices, which are only those among couples and classifying other practices as unnatural through the Sexual Offences Bill.

Morals are important but it cannot be emphasised enough how important it is to recognise that morality, much like religion or nationalistic sentiments, is a matter of individual consciences. We can encourage certain moral standards through education without using the coercive power of the state (and the law) to impose our individual values on others in the name of criminal sanctions. It is simply too egoistic to assume this much power over the private affairs of any adult person.

Protection of the most vulnerable should be the first priority and classifying sexual offences as offences against the person will send a clear message that women and other vulnerable persons must be protected in and of themselves, and not as a way of protecting morality.

The author is a human rights lawyer working at Human Rights Awareness and Promotion Forum.