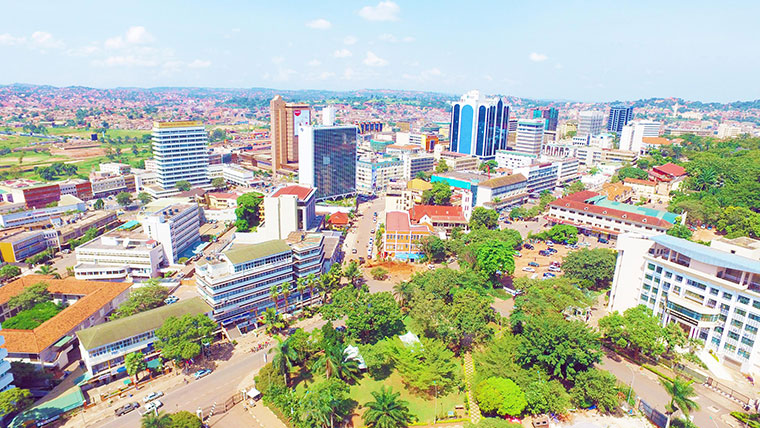 I will always cite this story, not because it is anything novel, but because it was published by a renowned magazine: On May 23, 2020, The Economist magazine published a story, with a closer focus on Uganda, concluding that "Africa's banks are the most profitable in the world while also being the least efficient.”

The answer was in front of my eyes: interest rates. Not the economies in which these banks operate, neither the investments and businesses they are involved in. With interest rates ranging between 12 per cent and 30 per cent, these banks, The Economist noted, make over 17 per cent return on equity.

What this British magazine did not say was that these inefficient but very profitable banks were actually, in many ways, a bunch of thieves who have marshalled the legalese to steal the sweat, toil and resources of Ugandans.

By implication, The Economist magazine also meant to say, no business—started from scratch—thrives in Uganda. This environment is designed to crush native invention. Unless they are not paying taxes, bills such as electricity, rent and other running costs, no business thrives. Not even farming.

Maybe Middle Eastern slave networks. You cannot do business if the bank takes back 15 per cent of the premiums. That is more than the profit margin on any premiums.

It actually means the bank takes back all the profits and, at best, the businessperson can only keep appearances – and of course survive with a small balance but not enough to turn the business into a multi-million enterprise.

[In truth, many seemingly successful businesspersons in Kampala are only keeping appearances. But these folks are broke, with businesses on life support]. In Europe, the highest interest rate would be two per cent but mostly it is down to even 0.4 per cent.

And sadly, the reason for high interest rates in Africa is simply racist and colonial. Simply put, banks "do not trust Africans." Banks have endlessly argued that most of the hefty percentages go into "servicing" the loans, whatever that means.

These all Mzungu banks sustain this reasoning with violence and blackmail. See, in 2016, The Economist reported, Kenya tried capping commercial-loan rates at four percentage points, which was above the central bank’s policy rate. But “the move backfired. Bankers slashed credit to small businesses, reasoning that the rewards of lending no longer matched the risks.”

But the exorbitant interest rates actually keep many small businesses from even approaching these banks. To appreciate the deep-seated racism and deceptiveness of these high interest explanations, you need to know that in Uganda, for example, the present banks have worked tirelessly – of course with the support of our comprador- in-chief – to make sure that no native bank thrives in Uganda.

Centenary bank is just stubborn. That is because local banks allegedly mess up the market. Because they do not have this trust nonsense. Presently, one of the biggest pandemics in Uganda is properties being taken over by banks. You have seen those many signs all over the country, “property of bank so and so.”

At the earliest opportunity, these banks leave the borrower more impoverished than they found them. Yet, they knew ahead that you were not going to make it any far. And as lawyer Isaac Semakadde recently demonstrated with the Basajjabalaba case, these banks work, often in collusion with Bank of Uganda, which issues a “letter of comfort,” to even steal taxpayers’ money.

My point is this: if you ever tune in to listen to a business motivational speaker— not a theorist like myself, but a guy with a public profile who has allegedly come to speak from experience—please remember to ask them about their friendship with the government of President Museveni.

Also recall to ask them about the colour of their skin if they are white or coloured (if they are Chinese or Indian), and their names and ethnic affiliations if they are native. I know, you might come off a little creepy for asking these questions, but beyond this, there is nothing more.

If you are passionate enough, you really want openness and genuine learning. Ask them if the businesses are actually theirs or if they are employees of someone else. Under a Museveni presidency, these things matter. They are the business themselves.

If this motivational speaking businessman (they are normally men) is unwilling to honestly reflect on these things or is simply uncomfortable even telling lies about them, please do not listen.

Because look, there is a lot of money floating around our undoubtedly rich African countries. But to access these monies, or avoid being squeezed out of a small business, one has to have their colour, ethnic, and connections game right.

For men and women “winning” government tenders on end, (the biggest monies are here); former and present employees of big government offices; politicians, or investors gifted to free land, tax exemptions, etcetera, these are not businessmen from whom one picks business lessons.

These are beneficiaries of patronage, smaller thieves, business film-stars simply luckier than their compatriots. Even if you encountered a random chap thriving on loans in Uganda, ask them the whole truth. That’s because clearly, the system is designed against them.

If prospective local bankers cannot start banks and thrive, why the delusion that collapsing businesses collapse because of laziness or some non-smart business behaviour? Which businessperson would be more careful, more funded, experienced and better prepared than a prospective banker?

What most Ugandans probably know is that if something is too good to be true, then it is too good to be legal. Ask any drug lord or loan shark. Foreign “investors” learnt long ago that a few pieces of silver to aficionados at our white painted State House invariably jolts them into “organizing” a variety of carte blanche opportunities to make a killing in the country: a lengthy tax holiday (i.e. zero tax), free land, free work permits, extremely low wages for local staff, exit at will - especially when things get tough, etc.

Such arrangements tend to attract rogue alien investors keen on laundering ill gotten money, and oh boy, they are having a great time at our expense. It is open season for thieves; a disaster for our economy. Sad thing is that our leaders are nonetheless claiming progress. Jeez!
Report to administrator
+3 #12 Apollo 2021-11-18 09:12
Theory is what you are talking about right? Many of us are full of theory because that is what the Universities teach us.

If we put aside the theory, we would be asking ourselves why the foreign banks that charge interest rates of less than 5% are not willing to charge the same on the Ugandan market.

Universities should instill virtues like honesty, patience and entreprenuership. We have seen SACCOs, Banks and other institutions come up and all of the sudden the funds are swindled. let us blame the current leadership after we have instill the virtues mentioned above in our university graduates.
Report to administrator
0 #13 Nicol niko 2021-11-18 09:18
Where is the lie?
Report to administrator
+1 #14 Akot 2021-11-18 13:36
Mandela, understood, but,

What future will Ugandans build after Museveni?

People bring in leaders, ensure they are served, countries developed, but Ugandans are helping, letting Museveni rule for life, knowing his son will take the seat after the his father dies of old age!

Will Museveni's son wait as Prince Charles & how old will they be when they finally become grown up?

Yet, Museveni is not responsible for his stay in power as it's Ugandans who brought him to power & are the only ones to end his diabolical rule, but only through UNITY, & stop the family business!

The damage inflicted on this country by the bandits will take long to repair.

When will the repair begin when Museveni's family business is assured of continuty by;

As long as Ugandans maintain the tribalistic system, Museveni is going no where & will leave the seat to his son finally! So;

- tribal leaders, ministers, mps, elites will remain silent as they get their share,

- business will continue to be "corruption" as they are
free to do so as Museveni is corrupt too!

But why do those not served just watch in silence?

Worse, there is no opposition leadership to call for an end to the tribalistic system, give a programme/picture of a different Uganda, thus HOPE, to incite Ugandans to UNITY!

I agree and concur with all you my friend; its the tough truth many of us find hard to accept and understand how to work with.

Ugandans find it hard to accept their TRIBALISM, yet it's so clearly expressed with tribal leaders in posts ensuring tribal division & that makes Ugandans powerless against Museveni!

Ugandans aren't even aware it's them ensuring Museveni's lifetime rule & family business, protecting him from outside blames through the tribalistic system, because tribal lands belong to Ugandans & not to Museveni they kindly gave shelter to, brought to power, but has made them enemies of themselves, with no chance of UNITY to end his evil rule & hold on Uganda!
Report to administrator
12