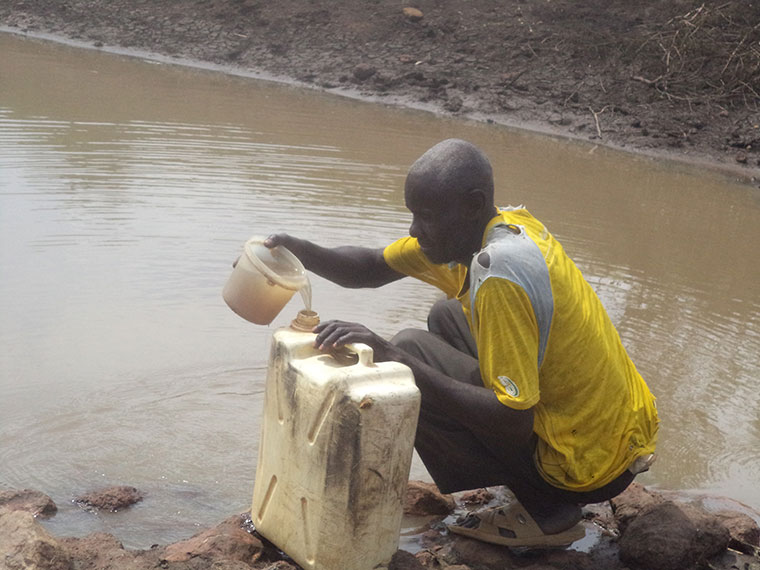 Ever since the President announced in his State of the Nation address that he is going to consider employing people from rich families because they are less likely to harbour the greed that leads to theft of public resources, poor people and their patrons have been all over the place wasting their useless energy on cursing the fountain of honour.

Fortunately, all luck is on the side of the rich; the croaks of frogs in a pond have never stopped cows from drinking water. Poor people are such an amusing spectacle; instead of investing their doomed energies on getting out of poverty, they invest their underutilised brains in cursing.

Dear ‘wretched of the earth’, what is wrong with the President’s suggestion? I hope you are not taking any leads from the writer Eli Khamarov who said that “poverty is like punishment for a crime you didn’t commit”.

The gambling economist, Jeffrey Sachs, was similarly deluded in asserting that “history is written by the rich, and so the poor get blamed for everything”. Well, poverty itself is a crime.

It is not debatable that Uganda is ‘well governed’. We are the world’s envy in leadership and progress. For a person to choose to remain poor amidst the vast opportunities that our government has put in place for economic empowerment is criminally absurd. Do you want us to stuff wealth into your pockets at gunpoint?

We have had the Entandikwascheme, Bonnabagaggawale, Operation Wealth Creation, NAADS, Emyoga, name it. Yet some forsaken people still complain about being kept in poverty, blaming all the bad luck inherited from their ancestors on government!

If none of the people in your lineage was rich, what business do you have complain- ing about government jobs? Look here, government has tried giving you jobs and is now talking out of disastrous experience. The ugly truth is that most of you are incurable thieves.

Check all the list of corruption scandals in the last 35 years, it was poor people involved. In the Temangalo saga, it was you. Stealing timber and gold from Congo, it was the poor.

GAVI and Global funds, still it was you. The Valley dams saga, it was you paupers. CHOGM funds, the presidential ‘handshake’, Covid-19 money, again the hands of the poor were at the center.

It is the poor that are stealing drugs from hospitals. Poor judges are at the core of corruption in the judiciary. In every arm
of government, the poor have become a nuisance. See all these poor MPs who were bribed by the opposition to amend the Constitution in 2005 and 2017.

You people living on less than a dollar a day are this country’s biggest problem. The recent elections proved to us that
if we do not do anything to stop the poor, they will irreparably mess this country.

You saw how corrupt poor candidates bribed the likes of Fool Figure, Mivule, Mayinja, Ashburg, Buchaman and other ghetto actors. With all the above litany of proofs, what still makes you think of yourselves as deserving?

Just use the miserable time you are left with on earth to prepare for hell, where you will gnash teeth being burnt for all your inhuman crimes – including the cardinal crime of staying poor where other people managed to become stinking rich.

People are building arcades, malls, mega hotels, swanky homes, huge rental estates, while you are there scratching your flea- infested armpits and yawning lazily. Hardworking parents have sent their children to good schools abroad and can afford quality private healthcare.

You are just there asking for government help, as if you are incapacitated children. And when these children who work so hard to earn government scholarships return from world class universities abroad and take the jobs in the oil sector and elsewhere, you still complain about being excluded! Do you think government can be run by the unwashed?

We have been patient enough with you, and you are starting to take us for granted. Since the election season is over, we can now scold you bluntly. Wake up to the reality that no one owes you a living. We are not forever going to be on our guard not to hurt sensitive poor people, as if their poverty is our fault.

Since I mean to tell you off completely today, let me add this. You, poor people, contribute the least to GDP. You pay the least taxes. Your consumption makes no economic sense. Yet your sense of entitlement is so high. You think you deserve good roads, hospitals, good schools, water, and government jobs. Dear peasants, at whose expense?

Sip your local brew in humility, without trying to make us feel guilty for your self-inflicted predicament. When you get a government job, thank God, and us. When we do not consider you worthy, work harder to become rich (virtuous) for higher chances next time.

Get it from me, no one loves poor people; not even God. If He loved you, He wouldn’t have kept you in that state. Repent all your sins and become good people. Otherwise, you will suffer two hells; here and after.

Meanwhile, stay away from discussing things you do not understand. Government work is about uplifting people to better life standards. A poor person cannot claim ability to work for people’s progress yet he/she has not experienced progress in his/her family background.

There are enough jobs for you in the informal sector where you can gamble your way to success. Take this letter in good faith. It is for your own good and for the country at large.

Haven't museveni and relatives, friends and nrm robbers (rich families) become rich to the detriment of the poor majority!

War mongers, you came into government in absolute poverty, but now museveni is castigating the very people you have robbed of their fortune and future! Shame upon you evil musevini.
Report to administrator
+20 #3 Lysol 2021-06-09 22:09
This was too much coming from a man who used to rob banks in order to finance his so-called bush war.

Ugandans have not forgotten those malnourished, skinny individuals(most of them were kids) who came out of the bush in tattered fleas infected clothes, the so-called liberators.

Now, they think that only them and their lazy spoiled kids can determine the future of Uganda.

One day Uganda will fight back and reclaim everything they have looted and fattened themselves like those very pigs they resent. Maybe the pigs remind them of how they all look.
Report to administrator
+3 #4 Kashumbusha Bruce 2021-06-10 13:21
Really, man is inherently born self but how much you marginalized we the power by taking our power,God will never desert from us ,for all the blood shed,torture,violence, vote rigging etc,time will tell,all that u constructed will turn to the hands or the poor. We shall win.
Report to administrator
0 #5 Akot 2021-06-11 13:38
Quoting Lysol:

This was too much coming from a man who used to rob banks in order to finance his so-called bush war.

Ugandans have not forgotten those malnourished, skinny individuals (most of them were kids) who came out of the bush in tattered fleas infected clothes, the so-called liberators.

Now, they think that only them and their lazy spoiled kids can determine the future of Uganda.

One day Uganda will fight back and reclaim everything they have looted and fattened themselves like those very pigs they resent.

Unless the tribalistic system is brought down & Ugandans UNITE, there is no way Museveni & family are going any where!

Why are Ugandans keeping the evil family in power through the tribalistic system that shuts the outside world out?

What you dream of for Ugandans will only be achieved when the tribalistic system is brought down & UNITY shows Museveni way out!

When are Ugandans waking up?
Report to administrator
+3 #7 sula 2021-06-12 11:00
Lysol , In Uganda's Animal Farm, museveni is Napoleon, , when he talks of the 'pigs' he is referring to the other side of Snowball. they know one another. they are the same family. the murders are just palace squabbles, but Ugandans are the collaterals.
Report to administrator
0 #8 Apollo Ekelot 2021-06-14 15:27
Agreed. There was this 'stinking peasant' called Amos Kaguta whose son now plans to recruit the 'rich' I wish buttocks could speak. Where are you Stella Nyanzi?
Report to administrator