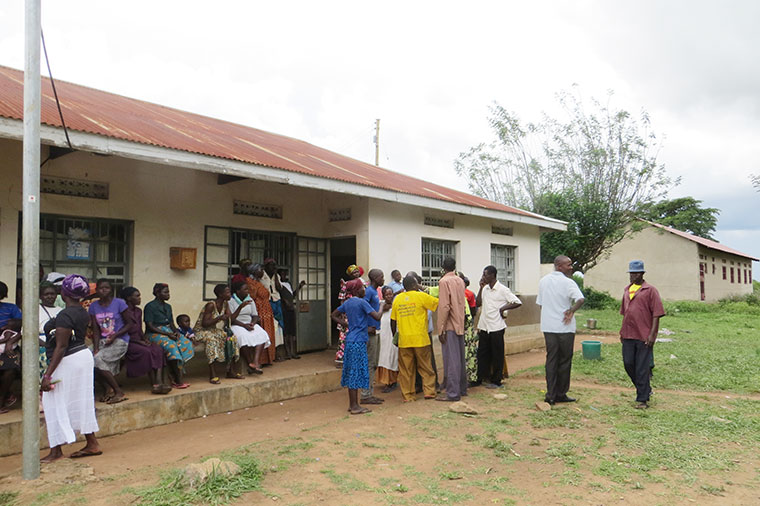 Achebe narrates that the stricter the regulation, the more the eggs were eaten in secrecy – and the more the secrecy, the more delicious the eggs became. It is not clear why girls were not allowed to eat eggs, but the unclarity of it became the major factor that turned them into coveted delicacies (I’m slower to accuse patriarchy for the ban on female chicken/egg-eating – for after actually living in this era of Enlightenment, I have learned that our criticism of old-age customs – not all – only ends us in another form of oppression. I have a reading list for those interested in this conversation).

The lesson I want to draw here, however, is that systems tend to breed their vices. Or more accurately, in Hobbesian speak, systems tend to let loose the brutality, nastiness and shortness of humanity that would otherwise have been subdued.

Let’s follow the British theorist Thomas Hobbes a bit more: Greed is a given. Human beings are by nature greedy, and would love to advantage themselves at any one given opportunity.

It takes a lot of learning and moral panel beating – through religion, education and culture – to tame the God-given inclination towards greed. Indeed, religious injunctions against vices are actually statements of the sweetness of those vices.

These injunctions are also confirmations of how human beings will use the earliest and easily available opportunity to advantage themselves to vice. Thus, systems that ought to check, also have the potential to breed their vices.

Nelson Mandela would write in his memoire that although (he believed) there were people born with an acute inclination towards crime, apartheid turned many well-meaning individuals into “criminals.” Let me tell one story to demonstrate this more graphically.

There was a time at the passport office in Kampala when only (or most of the time) through corruption one could get their passports. The passport office or the procedures for getting the passport were so convoluted and unclear that if you didn’t pay someone on the inside, you took ages to get your passport.

Then, one needed close to three months of waiting to get this coveted travel document. Human beings are by nature impatient, and neither are they comfortable with complex procedure.

Corruption then ruled the passport office – only beaten by Uganda Revenue Authority (URA) and State House. Then all of a sudden, the system redesigned itself, reduced the amount of time taken to receive that travel document to a few weeks, and also had a mass campaign of explaining procedures to clients. Corruption substantially reduced.

There is learning for us here: It is not necessarily the greed of individuals but, rather, the bureaucracy of the system that induces the vice. The easier the bureaucracy – and the clarity of it to the wananchi – the less the corruption.

The unclarity is then made worse by longer time spells for delivery. Please note that I do not mean to say these procedures aren’t written. Of course they are. But there has never been a mass campaign to have them publicized. And the unclarity is the actual design of the system.

(b) Where costs are involved, the fees aren’t consistent with the general incomes making corruption cheaper or economically sound.  Unclarity, structural public ignorance and exorbitant fees on the part of the bureaucracy form the ways in which corruption reproduces itself.

Part of my ambition here is to seek to refocus the energies of the anti-corruption campaigners. It is rather uneducated to seek to hold individuals accountable without redefining the system that inspired their nastiness.

The idea of encouraging individuals to report corrupt officials is ignorant and theoretically lacking. It is equally terribly uneducated to seek to paste “corruption-free zone” posters on walls to public service offices.

So is the emptiness of walking to raise awareness. All these are barely scratching the surface as long as the bureaucracy that makes corruption attractive to both the giver and the given remains intact.  Corruption is actually desirable escape from the complex red-tape.

Before hitting the magic pot, therefore, we need to be fully aware of the system itself but also focus on those interested in sustaining the system. Absolute power often wants to reproduce itself through vagueness, complexity, legal extortionism, violence and unclarity.

Take for example, why do driving licenses last only three years? Extortionism. Why are judicial processes expensive, and convoluted complex undertakings that involves years of turning and twisting? It is because complexity often translates into material value.

In other words, because the regime is using it (NI) to blackmail Ugandans vis-a-vis service delivery and/or jobs, especially those in the Opposition, into submission to will of of Mr. M7, it is now a day and nightmare, and taking forever to acquire the national ID.

E.g., why should the issuance of a national ID, which is under the docket of the Ministry of Internal Affairs be Militarized (ministry of Defense)? Are Ugandans who are applying for the NI enemies of the state to warrant a military superintendence?

Except the Police Post, at the Kololo Independence Ground, as if in a military barracks; it is the military (armed, in military uniform and civilian clothes) who are guarding; shoving; ordering; directing and intimidating civilians who are following up the piece of plastic.
Report to administrator
+1 #2 Akot 2020-01-12 19:33
Lakwena, thanks.

It's time Ugandans copy Prince Harry; say NO diplomatically & in a decent family way to unending monarchy with just 1 head for life, while chidren grand/great grand kids wait for respect & chance to be considered ADULTS!

Prince Harry is today a real man who will give real meaning of existence to his child!

Ugandans have the power to say NO diplomatically to Museveni/nrm/army/police/those in posts serving him, but only in UNITY as ONE people fighting a common enemy, to give their children a decent begining with soft start to;

The longer Ugandans maintain the tribalistic system, the stronger Museveni gets as it's Ugandans themselves fighting one another to get hands outs from Museveni they were kind to give shelter to, but now owns their country/tax money/controls every institution!
Report to administrator