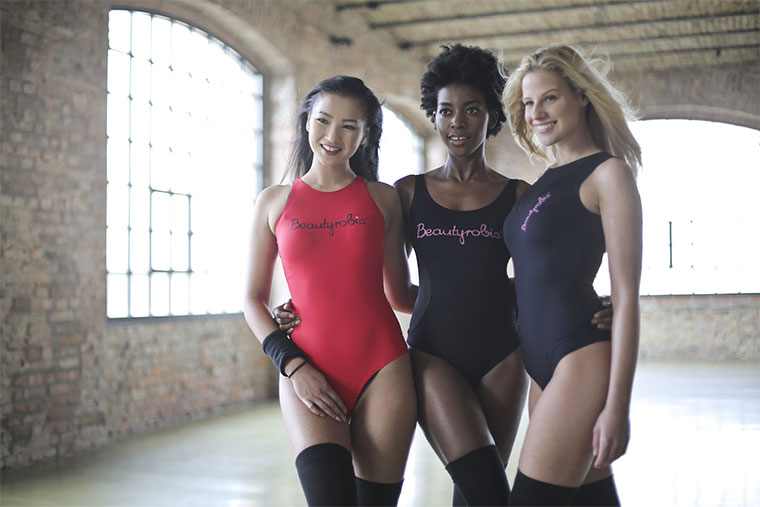 There is an ad on NBS television advertising its sister online news outlet, Nile Post. The creators of this ad position several men seated at an office reception.

All of them are cast as catching up with the stories about town. One of the men is reading online – via a smartphone – while all the others have their heads buried in newspapers.

But the focus of the ad is on the beautiful curvy woman who busts through the door walking towards these men. Her picture runs in slow motion and quite lasciviously magnifies the effect of her curves and feminine grace.

The man reading from the smartphone lifts his head so seamlessly and catches the eyes of the belle. They both smile at each other, registering common ground. The men covered in papers never even notice the passing apparition – and the ad is meant to highlight their disadvantage.

Thriving on innate male lust—which the markets deftly corrupted into a perversion—the message is that, “online grants one leg-room for more opportunities, such as a picturesque curvy girl.

Surely, this sin of using women’s bodies as attraction or bait for merchandise is not original to Nile Post. In fact, it is not even a sin anymore, but the new world order as old cultures and sensibilities continue to give way to a market-driven modernity.

The commodification and objectification of women is one of the discontents of the Enlightenment period – started in 1600 Europe – which promised to liberate men from the tyranny of religion and culture.

Sadly, however, as men and women were being ‘liberated’ from the ‘tyranny’ of religion and culture, they were delivered to the tyranny of the markets. Indeed, Kiwanda and co. are merely conscripts—not volunteers—to this new regime of free market economics, which has pleasantly commodified women. Choosing not to participate is to lose out on an already lucrative industry.

The biggest threat to the women’s freedoms and rights in our time is not men’s perversion, but the markets.  Unlike Kiwanda, markets never issue edicts or even make their presence visible – but their power and influence is omnipresent.

Markets tactfully disguise their violence, making it appear progressive and likeable.  See, businesses such as strip-tease clubs in Kampala, escort girls,  the Red Pepper and Bukedde newspapers thrive on one major commodity, the woman.

But we buy them under the banner of progress.  Take the fashion industry: women have starved themselves to death, spent hard-earned monies on creams, surgery and pills so as to fit particular standards of beauty. But we accept this violence under the banner of free choice.

The naivety of most activists is the assumption that the choice to slim or undergo surgery is independent choosing. This silliness is blind to the fact that common sense is not born, but constructed over a period by self-interested capitalists.

To understand how we got here, one needs to start from the beginning: the woman’s body is a special body. Graceful, artistic and elegant, the female body is diametrically different from the male body.

Plane, disorganized and rough, men do not compare with women on the card of beauty – and beauty is the envy of the world.  Didn’t Shakespeare say “from beautiful creatures we desire increase”?

Amazed by incredible visual pleasantness of the female structure, folklorists and orators spent lifetimes attempting to capture feminine beauty in words. To this day, they are still trying.  In Victorian England, she was compared to “a summer’s day,” as being “more lovely and more temperate.” Our folklore and oral literature is filled with images comparing women to flowers, birds in the sky, and honey and milk.

Recognizing this uniqueness of the female body is the beginning of granting her special treatment. It is frustrating that activists campaigning for women freedoms and rights never appreciate this uniqueness – appearing to seek same treatment as men.

There are lessons to learn from the Islamic tradition: the grand features of a woman’s body are simply covered in capacious garments. She cannot be ogled, neither manipulated by fashion and music industries, cinema, etcetera.

As a final thought, it is paradoxical that although the curvy-plump body has been ogled a lot, the markets had simply maligned it – as out of size. Thus, while it is okay to commend Kiwanda and co. for democratizing beauty, they are still working within the market framework – which remains oppressive to women.

When some Ugandans think they elected a representative to the Uganda Parliament, but it turns out that: representatives, like Kiwanda turn their Ministerial dockets for pimping Ugandan women.
Report to administrator
0 #2 Akot 2019-02-17 20:44
Yusuf Serunkuma,

This is a subject that concerns the the future of every child in the whole world, thanks!

Fight for equality with men is putting girls in danger even before they become 'women'; girls are brought up as equal to boys & don't know boys are naturally attracted to girls sexually & they MUST know this as early as possible, in order to live decently & not incite boys, especially when alone with them!

Well brought up girls use their bodies to attract boys, but they know how to haldle them! But use of female bodies on tv/cinema/online...incite boys to sexual cruelty, dirty sex!

Men who commit sexual crimes are mostly those mad at their mothers for being prostitutes, impose on them step fathers & growing up becomes so difficult!...!
Report to administrator
0 #3 Akot 2019-02-17 20:50
...Mothers' behaves determin children's behaviours/humours in relations with those he goes to schools, work with, those who cross their paths!

The world MUST stop senseless fight for female-male equality because 'women' are naturally special, sexually attractive to men & every baby girl is in danger as no one is teraching them how to behave with boys!