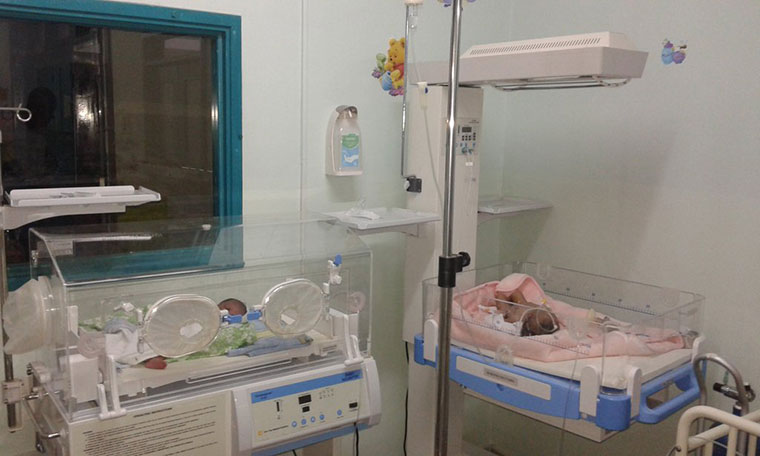 I was recently destined to attend a thanksgiving ceremony in my village, some 30 kilometres out of good old Jinja town.

But that was not to be. Within 40 minutes of arriving for the event, I was back on the road, rushing my ill child to Jinja town for medical attention. We ended up at a facility I had not been to before. It’s called Whispers Magical Children’s hospital.

I had previously only seen a signpost to this facility. The ambience mesmerised me and I knew I was in the right place. But that’s a story for another day. As our attending doctor wrapped up explaining to me why he was admitting my child who had just been found with a severe bacterial infection, the door flung open. A desperate mother entered with a naked child barely a year old struggling to breathe.

She frantically urged the doctor to save her dying child whose airway had been blocked by a groundnut. I momentarily forgot about my daughter amidst this medical emergency that got everyone off their seat.

My heart skipped when the doctor said they couldn’t do much because the problem at hand required specialised equipment which could only be accessed at the Mulago national referral hospital, 80 kilometres away.

And indeed, the medical records the desperate mother was holding showed she had been referred to Mulago, two hours earlier from a private clinic. As the doctor explained to the mother why she needed to rush the child to Mulago, I knew it was a fruitless effort.

And even if she immediately jumped on to a taxi to Kampala, arriving at Mulago in time was not a given due to heavy traffic on Jinja road, especially around Namboole stadium due to an international football game that was kicking off in under two hours.

With everyone in the room appearing panicky, the CEO of Whispers Magical Children’s Hospital walked in and asked what was going on. Upon appreciating the predicament at hand, she quickly offered her car to transport the child and mother to Mulago.

The child, now on oxygen supplied from a portable cylinder and with three medics on board with one of them playing the driver, was sped off, with full beam and hazard lights. Despite this heroic crew being briefly stopped and having their driving permits confiscated (for a day) by a heartless traffic cop at Seeta township for ‘bad driving,’ their efforts paid off.

To me, this medical emergency episode in a countryside setting once again casts a spotlight on our struggling health system, and the need to cap certain deaths and morbidities.

While it was commendable for the doctor who referred the baby for specialised attention, this incident has since left me with several questions, which can act as food for thought to the powers that be and other stakeholders.

Should a doctor end at writing a referral? How are socially and economically-disadvantaged clients helped in times of referral? What happens where there are no Ugandans such as the CEO of Whispers?

Can private and public facilities work closely during medical emergencies? Do we have referral policy guidelines as a country? If the guidelines are available, are they accessible to all medics? In the absence of an ambulance, how can an ordinary vehicle be used during an emergency?

How should the police treat such vehicles? If the Jinja emergency or another of similar or even higher magnitude happened in faraway Moroto or Arua, would the patient have made it to Kampala?

Why do we make specialists feel hopeless and heartbroken when confronted with cases that they would have handled at regional hospitals if they had the requisite equipment?

I think it is about time government addressed the systems gaps that fail specialist care at our regional referral hospitals across Uganda, so that we minimise the unfortunate challenges such as that presented by the Jinja baby who nearly became an infant mortality statistic.

The author is a communications specialist at Makerere University School of Public Health.