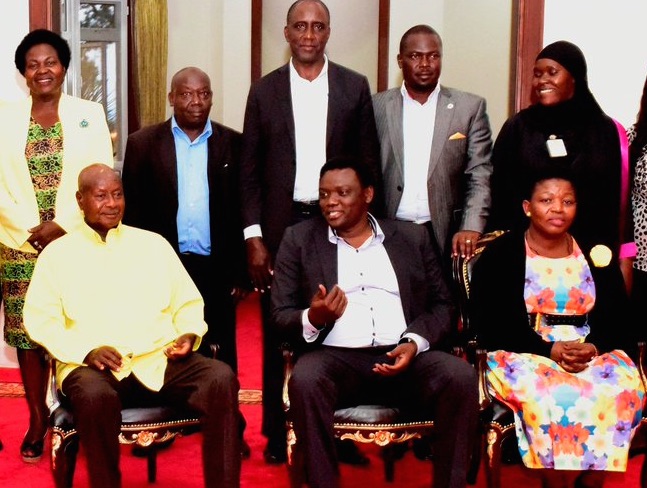 There is a deliberation in the country over the issue of having a national dialogue that is led by our beloved president, Yoweri Museveni.

The government, led by the minister of justice and constitutional affairs, Gen Kahinda Otafiire, has also sent out mixed signals about another commission of a constitutional review. The fundamental question here is: what has necessitated these discussions?

We have had many commissions and dialogues before. There was the Odoki commission that fashioned the 1995 constitution; we also had Prof Frederick Sempebwa’s commission of inquiry [Constitutional Review] Notice 2001 on whether federalism, among others, should be adopted in Uganda.

Incidentally, during the collection of our views by the Odoki commission, we preferred a “federo” system of government, and the Sempebwa commission came to the same conclusion.

All those commissions were meant to terminate life presidency in Uganda. However, it is still alive and well. So, how different are the current suggested dialogue and constitutional review engagements from the earlier ones, and what will they accomplish that the past didn’t?

Buganda Kingdom Katikkiro Charles Peter Mayiga is one of those advocating for dialogue between Museveni and those he referred to as pursuing power. He recently stated: “The president should sit and debate this issue of power with those pursuing it.”

Mayiga further cautioned that “If we don’t sit for negotiations, more blood will be shed.” This was during the Arua municipality by-elections saga that resulted in deaths of innocent people and treason charges slammed against some members of parliament.

One of Mayiga’s five central points of reference is federo. Federalism is about partaking power. I have pointed out before that Mayiga is one of those who “sat” down with Museveni’s government to “debate this issue of [sharing] power.”

Federalism grants autonomy to the regions to afford them power, which subsequently provides them efficient public service delivery. To this date, federo is nowhere to be found.

Recently, a high-powered delegation of the Inter-Religious Council of Uganda led by Kampala Archbishop Cyprian Lwanga met Museveni at State House Entebbe to urge him to open up and engage in a national dialogue. It looks and sounds great.

However, aren’t we doing the same thing [once again having a national dialogue led by Museveni] and expecting different results? I mean, if we haven’t achieved different results after nearly 33 years of Museveni’s rule, what makes them believe that we will prevail this time round?

We, including Museveni, all know that the current economic hardships that the country is experiencing are partly a result of the perilous, endemic and chronic life presidency scheme.

In essence, by congratulating the president for winning the elections, our esteemed religious leaders and the honorable Katikkiro are in favour of maintaining the status quo [life presidency], or, for lack of better words, have lost touch with reality. Museveni further proclaimed: “I can’t hand over power to the wolves!”

Here is what we know. We had our last saviour, a clause in the constitution about the presidential age limit and we said, “Togikwatako.” In other words, we asked Museveni to please not touch the constitution to lift the last impediment to life presidency.

I adore President Museveni. However, I abhor the whole idea of a life presidency because it has run our country into a “shithole,” as US president Donald Trump once referred to Africa as.

Whether you like Trump or not, he shoots from the hip, and he is right on the money on that one. So, it is my humble prayer to our esteemed religious leaders and the honorable Katikkiro that we unite under one dialogue that spares no efforts to terminate the life presidency project once and for all. Period.

Remmy Mayanja Semakula is a former reporter of Ngabo and The Star newspapers.

0 #1 kelem 2018-12-19 08:31
Talk of time wasters and manipulators doing their thing
Report to administrator
0 #2 Isac 2018-12-20 13:05
Our religious leaders and Katikkiro Mayiga should pay attention to this, "So, it is my humble prayer to our esteemed religious leaders and the honorable Katikkiro that we unite under one dialogue that spares no efforts to terminate the life presidency project once and for all. Period."

To make it more clear, this is what the author stated above, "The life presidency project, which continues to rapture our nation, should give us food for thought."

Those religious leaders and Katikkiro Mayiga are the one who are keeping M7 in power! They can't have it both ways. They should be clear, are they with us or with life presidency?

There is nothing in between. The reason why they are urging us to have a national dialog with M7, is because they are not interested in a change. Like the author has stated, they prefer to maintain the status quo. That is being selfish.
Report to administrator