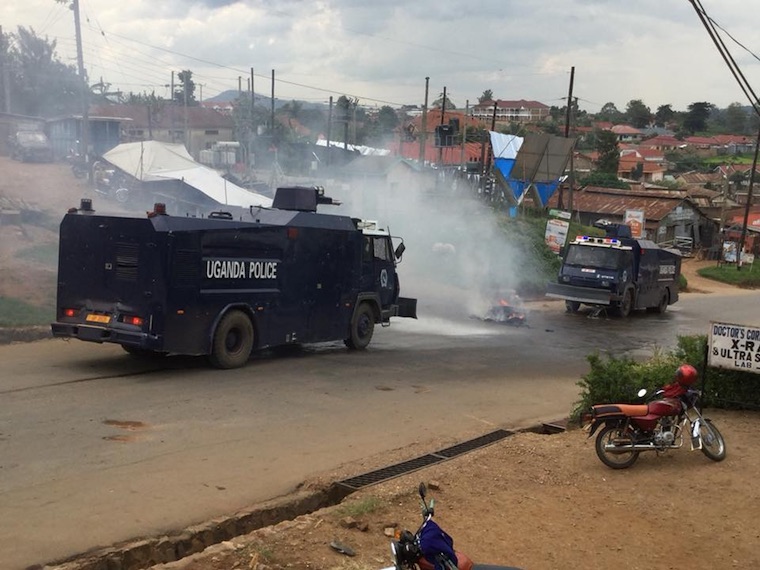 Last month, Uganda Police blocked Forum for Democratic Change (FDC) rallies in western Uganda. The FDC had planned to hold rallies in Mbarara, Kiruhura, Ibanda, Isingiro and Ntungamo districts but were all blocked by the police.

The acts of blocking FDC rallies and Hon Robert Kyagulanyi’s music shows dubbed “Kyarenga extra” are unconstitutional and illegal. Uganda is under a multiparty dispensation as provided for under the constitution. The act of stifling political competition is contrary to articles 69, 71, 72 and 75 of the 1995 constitution.

The police always hides behind the Public Order Management Act 2013 to block opposition political activities. The same police has continued to use this law as a tool to violate the rights of Hon Kyagulanyi aka Bobi Wine to practice his profession as a musician, contrary to Article 40 (2) of the 1995 constitution.

It is not legally justifiable for the police to even hinder Bobi Wine from expressing his political views during these shows as this would be violating his freedom of expression which is granted by the constitution.

Under this provision, it is implied that these rights can be limited if they prejudice the freedom of others or public interest. Article 43 also states that public interest should not permit the following: political persecution, detention without trial or any limitation of enjoyment of the rights and freedoms beyond what is acceptable and demonstrably justifiable in a free and democratic society.

The question whether stopping opposition political rallies falls within what is demonstrably justifiable in a free and democratic society was answered in the negative in the case of Muwanga Kivumbi V Attorney General (Constitutional Petition No. 9 of 2005).

After the Constitutional court had made its declaration, government came up with another law which essentially was meant to render the judgement in Muwanga Kivumbi nugatory or of no effect.

This is the so-called Public Order Management Act 2013, which gives police powers to stop public meetings even after it has been notified of the same in advance. This in effect contravenes article 29 of the constitution.

Giving police powers to stop public meetings also contravenes Article 20 (2) of the constitution, which enjoins all organs and agencies of government to respect, uphold and promote the rights and freedoms enshrined in the constitution.

The police would not be rendered powerless to maintain law and order if it was prohibited from stopping or banning political assemblies.  The police still has power to arrest any person who conducts himself/herself in the assembly or procession in a manner contrary to the law or who threatens violence. The act of coming up with a law to defeat a judgement passed by court is itself unconstitutional.

To prohibit the convening of a lawful assembly or forming a lawful procession in any public place on subjective reasons is not regulating the assembly or procession but a denial of the enjoyment of the fundamental right in contravention of article 29 (1)(d) of the constitution. In a free and democratic society, the police are supposed to keep law and order.

In case the inspector general or any other officer of the police sees a possibility of a breach of peace at any assembly, they should just provide the needed protection, but not to prohibit the assembly out right.

0 #1 kabayekka 2018-12-23 00:46
One wants to know if such a constitutional chapter is available in all the 7 constitutional documents that have ever been formulated by this country since 1961?
Report to administrator