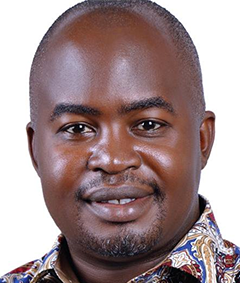 I heard you tell your bazzukulu at the “fireplace” in Entebbe on Sunday that Uganda is at Rostow’s third stage of development. Really? With 22 million Ugandans still in poverty; with three per cent annual budget allocation to agriculture; with a Shs 41 trillion national debt; with 67 per cent youth unemployment.

This prompted me to go check my Senior Six notes to verify if that was true.

My finds are as follows:

Characterised by low production in the economy, subsistence production, with the largest proportion of labour engaged in agriculture, traditions play an important role in resource allocation and social organization.

What is the reality? You have in subsequent communication indicated that 68 per cent of Ugandans are in subsistance production, which is hand-to-mouth production. They use traditional means of production; that is, physical muscle, hoes, pangas, etc.

Through NAADS, peasants are given a cup of beans and maize, while the lucky ones like Ofwono Opondo get a goat or cow.

During the 2016 general elections, your prime minister Dr Ruhakana Rugunda, distributed hand hoes in West Nile to “boost” agriculture. The land tenure system is still a big issue if we are to go by the testimonies in the Bamugemereire land commission. With that background, there is still limited production.

It is, therefore, not accurate to say that Uganda is at take-off stage of development where 68 per cent of the population are peasants!!

Society breaks ties of traditions and changes attitudes; there is a rise in investment to about five per cent of national income, entrepreneurs appear, investment directed towards overheads like railway, roads, electricity, education and health.

Today, most of the country’s national income is spent on you (State House and Presidents Office) and defense as your priority areas. The key sectors that should boost the economy take the back seat.

Currently when one falls sick, he/ she is referred to a hospital outside Uganda. (In year 2015/16, more than Shs1.8 trillion was spent on treating senior government officials abroad, which money would have boosted this economy if spent in Uganda).

On education, the universities which should have been centers of research are ill facilitated to provide knowledge that would fix our country’s problems.

You talked about over supply of electricity. In basic economics, we are taught that when supply goes up, automatically prices go down. This is not the case with your electricity. About 23 per cent of Ugandans have access to electricity and a huge fraction of those who have access can’t afford the bills.

You talked about the constructed roads. You should be aware that in most parts of the country, the roads are still in a sorry state. Uganda’s roads are narrow with many potholes.

The economy is characterised by the following: increase in investment from five to 10 per cent of national income; appearance with one or more substantial sectors with high growth; introduction of new technology; change in social, political and institutional framework to aid spread of development; expanding market and plough-back of profit.

What is the reality? What we see is a supermarket economy with arcades selling goods that Uganda does not produce.

If you sat or drove on Jinja road, you will see heavy trucks moving at a snail pace coming to Uganda and see empty running trucks heading the opposite direction. This is an indication of more imports than exports.

About 67 per cent of the youth are unemployed, putting them in the demand equation, hence reducing the market size. You talk about a huge market, but that market is seen by the ability to pay for what they demand.

Jajja, we are swinging between the traditional stage and the preconditions to take-off. The economy is still a dependent economy with no clear-defined economic model.

The interest rate of more than 20 per cent is the highest in the region, which makes it expensive to acquire capital and compete. Your taxes are anti-business and anti-investment.

With the adoption of the mobile money tax, in an economy where about 4 million out of the 40 million Ugandans have active bank accounts, we are going back to the cash economy where people keep money in pots.

The country doesn’t have a middle-class to be proud of. It’s a group of under-employed people, who survive on hand-to-mouth, and depend on bribes and corruption. This has limited their capacity to drive Uganda to its dream of taking off.

The author is deputy secretary general, Forum for Democratic Change.

This the well integrated and sustainable economy he promised us as a liberator in 1986.

I wonder why you opposition activists, don't enlighten the dormant population on such evident facts.

Its very important to inform the people, for the uninformed population is an ignorant one and easily manipulated by unsound politicians.

As it is, there is no opposition to Museveni: non of the so called opposition leaders is fit to fill that vaccum as non knows even why they are opposing, who should be behind them to out weigh the balance!

Yet, every Ugandan: tribal leaders, elites, tax payers, the poor...will be left orphants/headless when Museveni will be no more as Ugandans have no common leadership for the after Museveni!
Report to administrator
0 #12 Akot 2018-10-20 19:45
Yet, Museveni has developed Uganda the way he wants:

- too much electricity without a population with good housing & money to use it,

- upgraded State House & will live it to no other,

- has his own farm/land in a country he has no tribal land,

- is building power station in Karuma to finally serve S.Sudan & get money,

- hotels are well planted to accommodate tourirsts & bring money to the dictator!

But there is no real Education & no Modernisation of Agriculture, that Ugandans need so badly!

The outside world knows it's poverty, oppression, dictatorship...that make people UNITE & rise up to bring change of leader!

In other words, the 32-year and counting Mr. M7's regime is fundamentally anti Ugandans.

E.g., who can deny that Mr. M7 has misled Uganda into the current backward, 87% unemployment of the Ugandan youths. It is bewildering.

Because of inevitable proliferation of poverty; at 35 and above, most of these youths (male and female) can't start families. Otherwise the logical consequences are glaring: more poverty.
Report to administrator
12