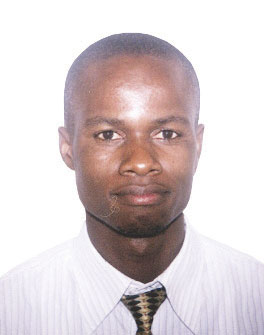 One of the biding lessons in Frantz Fanon’s Wretched of the Earth is that violence begets more violence. When the oppressors never stop thinking that the only language their victims understand is violence, the oppressed, at the precipice, respond with the utterance of force.

The violence of the oppressed is not original, but an outcome of an earlier logic – it is derivative.  But there is a point when violence cultures: in this condition, like Chinua Achebe’s bushfire in the harmattan violence spreads and engulfs every form of social and political negotiation.  This is the point Uganda has reached.

When sheikhs were being murdered right from 2012, Muslims complained, insisting that whatever the explanations — causes or individuals behind — the murders pointed to a general insecurity in the country.

The argument was that the state, which is expected to hold absolute monopoly over the tools of violence, had failed to do its job. The violence of the state is supposed to be orderly. Muslims were even more sceptical, suggesting that the state was behaving like a rebel outfit unleashing violence anarchically or quietly watching by as anarchy engulfed Kampala.

Being a minority, Muslims’ pain was met by sheer indifference.  Even when state prosecutor Joan Kagezi was assassinated, we denied having entered a phase of anarchy and terror.

But then, as expected of violence, it does not only beget more violence, it also tends culture — becoming a way of life. Afande Felix Kaweesi’s murder, coming in familiar fashion, seemed to have woken us up. The country finally admitted to growing anarchism.

Whatever misunderstanding Kaweesi’s killers had with him, they had been handed a new language of negotiation—violence.  I cringe at the thought that Kaweesi’s ghost will not go down in silence.  It is unthinkable his friends, networks, and partners will only chasten themselves with a simple thought: “how the mighty have fallen!”

Kaweesi’s murder showed us that our intoxication with violence had hit a new high. It was no longer limited to just “small” individuals within the minority Muslim community, but even big enough political/security players were targets.

Indeed, over the past months, we have seen sheer pandemonium in the police service. The inspector general of police continues shuffling officers as if to wade off imminent danger.

We are also witnessing a spike in organized thuggery and threats of violence. Against the above, I have started preparing for the next murder or string of murders.  I am guided by the Baganda adage, “ekigya omanyi, kinyaga bitono,” loosely captured in the English phrase, “forewarned, forearmed.”

True, anticipated calamity registers minimal effect. Fellow Ugandans, it is high time we started anticipating these murders. Violence has cultured: negotiations, talks or even judicial procedures seem to mean nothing.

Once mentally and physically prepared, the next wave of murders will shock us less, editorials and analyses will last a few days, and we will quickly return to business. The rising insecurity, acute levels of poverty, panic and reported in-fighting in our myriad security agencies signal to crises of immense proportions.

Taking Kaweesi’s and sheikhs’ murders as the yardstick upon which targets could be measured, it is my contention that the next murders will be more spectacular.  Firstly, they are likely to be even more brutal:  if Kaweesi sucked in one full magazine, the next murders could involve double magazines.

We might see more vicious weapons on the streets of Kampala such as bombs and belt-fed machine guns.  If Kaweesi and the sheikhs were senior persons in the community, the next murders will involve higher profiles. I worry for the commander of the UPDF, and the Chief Justice.

I worry for the Kabaka of Buganda, the bishops and the two muftis. I worry for the lead opposition politicians especially Kizza Besigye, Mugisha Muntu and Asuman Basalirwa.  Mostly, I worry for our IGP, Afande Kayihura, and President Museveni.

In effect, I also worry for my Muslim brethren as they are suspects by default!  More terrifying, the IGP and the president—the men entrusted with controlling the tools of violence—have confessed to the presence of an uncontrollable mafia and networks of criminal gangs within the security ranks.  We need to tighten our belts: ekigya omanyi, kinyaga bitono.

I have seen you on TV. You speak very polished English .

You are the opposite of YintelekutuwoTamale Mirundi for "suwa"
Well done Sir !
Report to administrator
+1 #2 Jama 2018-09-13 01:34
Why worry for those who are in control of the nation's military arsenal ?

Why worry for those who are in control of the nation's military arsenal ?

Focus your fear for those who unprotected.

But, seriously, these times do not call for jokes.