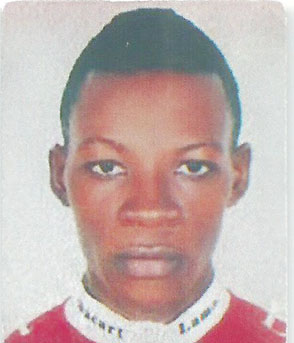 Former national cycling star Viane Ssekanga is a wanted man after a dealer in Kampala filed a case of alleged theft against him at Wandegeya police station.

Ssekanga was voted the best cyclist by the Uganda Sports Press Association (Uspa) in 2015 and later represented the country in the 2018 Commonwealth Games in Gold Coast, Australia. While in Australia, Ssekanga vanished from the Games Village alongside some national rugby team players, weightlifters and boxers.

Ssekanga was since then declared missing as he has never competed in any recognised cycling event in Uganda and Australia. However, Moses Ssempijja, a dealer in spare parts of used bicycles, reported Ssekanga at police on claims that he stole his merchandise worth Shs 27 million.

Ssempijja allegedly gave Ssekanga the spare parts in 2018. The cyclist was supposed to deliver the parts to Ssempijja’s brother. In a case (Ref: 52/29/10/2022) filed at Wandegeya police station, Ssempijja wants Ssekanga arrested to recover the spare parts or money worth the value of Shs 27m.

He has also staked a reward of Shs 2.5m for people who can help police with information about the athlete’s whereabouts.