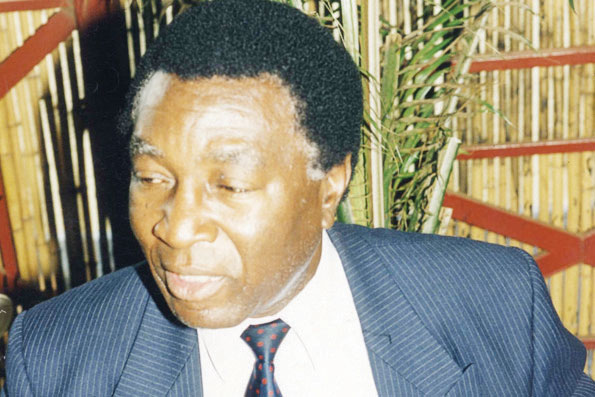 My eulogy of the late George Wamala Katumba last week reawakened a recurring debate about the seventies sports era, the influence of state agents in the running of sports at the time and the success that came with it.

There is no doubt Idi Amin passionately loved sport. A former boxer himself, he did everything to see that Ugandan teams succeeded on the international scene, even if it meant handing over the presidential jet.

However, his closest lieutenants were not so entrenched in sport until January 1975 when Katumba famously became a beneficiary of a random appointment as Fufa boss. Katumba just happened to be in the right place at the right time when Lt Col Nasur Abdallah, the all-powerful governor of Central province, summarily sacked Fufa chairman Kezekia Segwanga Musisi. Interestingly, Nasur had no legal mandate to do so but no one dared to question it.

Days after appointing Katumba, Nasur appointed himself as Uganda Cranes disciplinary officer in order to have direct control of the national team stars, some of whom were known to drink and hang out a lot.

In April 1975, Nasur expanded his powers and created a new position of chairman of Uganda Cranes and all sports personalities in the Central province in spite of the fact he never participated in any sport.

He created a full disciplinary committee and appointed himself chairman. Other committee members included Capt Seruwagi, who at the time was chief sports officer of the armed forces, police officer Nicholas Onegi-p’Minga, Joseph Etima from Prisons, Cranes team manager Jaberi Bidandi Ssali and Hassan Mutasa on behalf of ex-internationals. Nasur also introduced a code of conduct for the Uganda Cranes and all players signed up within days.

His firm grip and strict disciplinary measures brought sanity in the national team even though Bidandi reined over him to allow the exceptional Phillip Omondi and Godfrey Kisitu have a drink-out during Cranes camps.

In November, 1975 Maliyamungu and Seruwagi raided athletics and boxing respectively to ‘restore’ order there as teams prepared for the 1976 Olympics in Montreal, Canada. Capt Seruwagi appointed himself The Bombers team manager to instill discipline in the team. He also cited the need for direct link to President Amin for funding.

Days later, Maliyamungu ambushed the then Uganda Amateur Athletics Association (UAAA) general assembly and expressed interest to lead it. Delegates put requirements aside and unanimously elected him chairman there and then to replace Dr JW Kasirye.

Both Seruwagi and Maliyamungu swung into action immediately and facilitated the teams in the camp. Unfortunately, Uganda joined the rest of Africa to pull out of the Olympics. In 1977, Nasur extended his influence by sacking National Council of Sports chairman GM Olou and appointed himself in the role.

After the chaos in the aftermath of Express FC’s hot-tempered win over army side Simba in February 1977, an angry Nasur dissolved Express, citing the club’s involvement in ‘subversive’ activities.

Later in the year, Nasur fell out with Era Mugisha Bisereko, the Fufa chairman, and ordered for an immediate Fufa polls in spite of the fact that Mugisha still had two years remaining. Seruwagi seized the opportunity to win the election.

In 1978, The Cranes were residing at Grand Imperial hotel as the team prepared for the Africa Cup of Nations (Afcon) when star winger Denis Obua sneaked out for a drink.

Upon learning about it the next day, Nasur immediately suspended and banned him from the Afcon team. Not to be outdone, Nyangweso, the former Culture and Community Development minister, became chairman of Uganda Olympic Committee in 1978, a position he held till 2009.