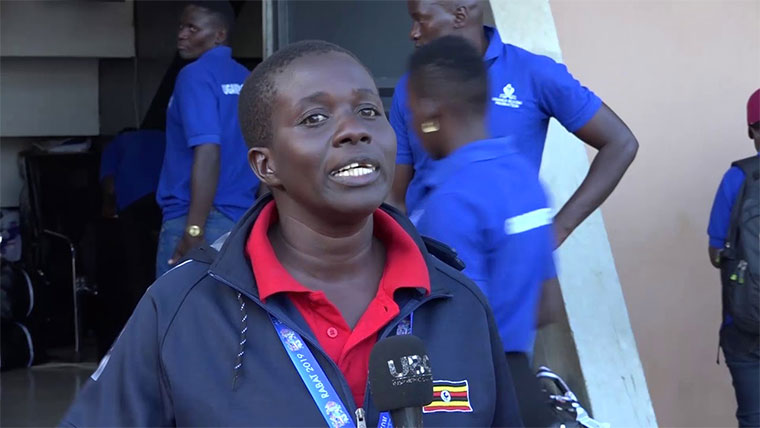 Last Saturday as I was leaving CBS FM, I bumped into boxer Isaac Masembe, the featherweight who won Uganda a silver medal at the just-concluded African Games in Rabat, Morocco.

I could easily have missed him had he not yearned for my attention in the corridors of Bulange. I was a bit surprised that this youthful pugilist was the country’s best performer at the games, along with compatriot David Ssemujju, who fights at middleweight.

Masembe exuded a rare form of humbleness for a boxer as he engaged me about the plight of boxing; the tough conditions boxers go through to make it to the top. The 19-year-old said he and colleagues on the national team trained for the games without any allowances and greatly relied on passion, determination and well-wishers to make it through.

This was an irony of sorts because in the past, a medallist from the games returned home as a superstar. Back in 1991 when Fred Muteweta returned home with a gold medal from the All Africa Games in Cairo, he was chauffeured around the city as a superhero. So gigantic was that feat that it earned him the 1991 Uspa Sports Personality of the Year.

A lot has changed since then, with football making big commercial strides to cement itself as the country’s top sport. Many top athletes, too, have become international stars and often prefer to compete on the global circuit at the expense of the African Games. However, it is boxing that has been left in the doldrums due to years of administration power struggles.

Today, the efforts of Masembe and Ssemujju can hardly make headlines partly due to the fact that boxing is no longer regarded as a sport of national treasure. Moses Muhangi, the president of boxing body, UBF, has loudly pronounced himself about the need to give the sport more funding.

Indeed, history shows it is only boxing and athletics that the Ugandan flag is assured to fly high at a global level. On that background, it is quite baffling why the sport that created world champions like Ayub Kalule and John Mugabi remains on the fringes.

It goes without saying that the disorganisation of the boxing fraternity is partly to blame for the mess because every sitting president of UBF has left in disgrace right from David Ogong, Vicky Byarugaba, Ishaq Kamoga, Roger Ddungu, Dr Ntege Sengendo and Kenneth Kimugu.

Even Muhangi’s leadership spends most of the time in court fighting off critics.  Just imagine, Uganda’s boxing team of six men and two women at the games returned home with three medals (including Hellen Baleke’s bronze in the women middleweight), what if we had taken a full team and had a decent build-up?

So, I believe government needs to invest more into assured disciplines like boxing and its activities but that shouldn’t stop at just releasing funds.

The years of wrangling and corruption in this sport indicate that government should play a more active role of supervision to ensure that the funds are put to the right use of ensuring that the best boxers are well-facilitated to represent Uganda and fly our flag high.

0 #1 WADADA rogers 2019-09-17 17:45
You Ugandan boxers, just go ahead and win medals, no sports personality gets any recognition in Uganda, go ask the Uganda cranes, all they get is a state funded dinner with the president, a hand shake, a photograph and a siren car to escort them to kampala to avoid delays in traffic jam, period.

Dont waste your time waiting for recognition, its is only those who amend the constitution to introduce bad laws that are recognized. That why i keep saying Amin was a hero for the sports fraternity
Report to administrator