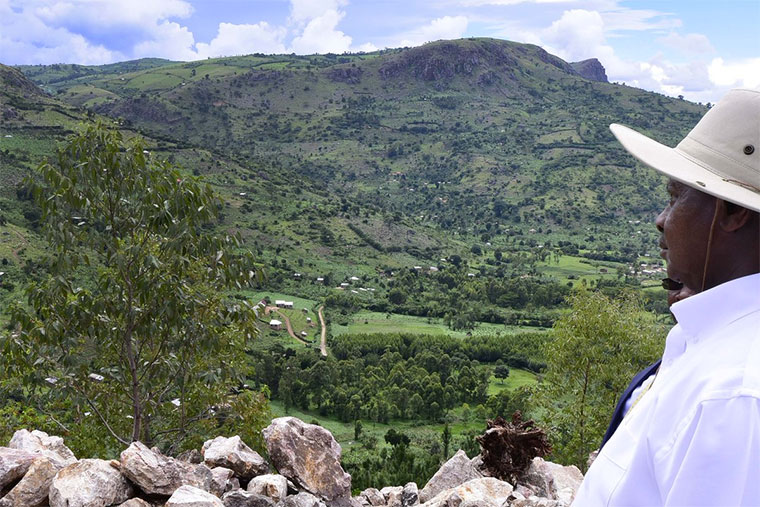 A relative unknown in Ugandan politics until he announced his parliamentary candidacy in 2017, Robert Kyagulanyi Ssentamu a.k.a Bobi Wine has evolved into a considerable force for the change movement.

The Kyadondo East MP is now counted among the leading lights in the pitched contest aimed at breaking President Museveni’s 32-year tight grip on power.

When Bobi Wine threw his hat into the ring for the Kyadondo East constituency, no one expected him to become such a force. Challenging Museveni is a significant step up from confronting Forum for Democratic Change’s Apollo Kantinti in Kyadondo East. Kantinti lost the seat after first losing in court.

A year and a half in parliament later, the popular musician is a political phenomenon to be reckoned with by both the ruling NRM and the opposition. He has helped four opposition candidates – Paul Mwiru (Jinja Municipality East) Betty Muzanira (Rukungiri woman), Asuman Basalirwa (Bugiri municipality) and Kassiano Wadri (Arua municipality) -- win hotly contested by-elections.

Opposition Chief Whip Ibrahim Ssemujju Nganda, who once held the seat Bobi Wine occupies, says the emergence of Bobi Wine might be the greatest threat to Museveni’s hold on power.

To Ssemujju (MP Kira Municipality), Bobi Wine, who seems to enjoy broad support among young people who make up the majority of the 40 million Ugandans, might be hard for Museveni to deal with. Ssemujju reasons that Museveni must quickly discuss his departure with people he knows.

“Those of us he has beaten, imprisoned and humiliated know him and can treat him with mercy and respect. The young people won’t give him that luxury…The more he delays, the more difficult it becomes for him,” Ssemujju argues.

But is Museveni so vulnerable?

Can Bobi Wine succeed where others who were far more experienced politically and militarily failed?

What will be Museveni’s response to this latest threat to his hold onto power? Will his tactics be as effective as they were against others before Bobi Wine?

In this five-part series, we dig into the history and talk to political actors and observers to see how opposition to Museveni has evolved over the years, how he has reacted to challenges to his hold on power, and how he might deal with Bobi Wine.

On taking over government in 1986 after a gruelling five-year guerrilla war, Museveni moved to consolidate his power by seeking to integrate former foes and allies. He called this experiment a “broad-based” government.

Time has come to reveal that his real motive may have actually been to have as little opposition to his rule as possible, especially from established political parties and armed groups.

But even as Museveni called for an all-inclusive government, he actively worked to quash his most formidable challenger in former president Apollo Milton Obote and dictator Idi Amin.

When Amin expressed wishes to return to Uganda, Museveni made it clear that he was not welcome.

“If he [comes] back, he will give us the chance to kill him because the other time he escaped,” Museveni said in 1995.

He similarly declared, in 2004, that if Dr Obote set foot at Entebbeairport, he would promptly be “put six feet under”.

Before he went to the bush in 1981, Museveni had competed in the disputed 1980 general elections that saw him badly beaten by the Democratic Party and Uganda Peoples Congress.

His Uganda Patriotic Movement (UPM) managed to win only one seat in parliament; that of Dr Crispus Kiyonga. Museveni himself was beaten by Sam Kutesa, today Foreign Affairs minister, in Mbarara North constituency.

While independent observers agree that the 1980 elections were rigged in favour of UPC – which provided Museveni the main public justification for taking to the bush – no one, not even Museveni, has ever suggested that he stood any chance of winning even if the elections had been free and fair.

Fast forward to 1986, this loss was probably still haunting him as he ambled into State House. He knew that DP was still relatively popular. He knew too well that allowing parties to function would portend trouble for his new government. He, therefore, banned political party activity in favour of his “no-party” Movement system. Critics saw this as a disguised one-party system.

“Although careful to avoid enshrining the ban on parties within the constitutional or legal framework, the NRA/M declared from the outset its hostility to their free operation,” Makerere law professor Joe Oloka-Onyango has written.

“Citing the sectarian legacy of ethno-religious factionalism and the violence and chicanery that had accompanied multiparty elections, the government argued that it favoured a no-party and broad-based arrangement which encompassed all political tendencies stretching from monarchists to radical socialists. However, the mode of forming this coalition emphasised individual, rather than group affiliation.”

Hence the likes of Ssemogerere were absorbed into the “Movement” as individuals rather than as representatives of their political parties.

In 1988, Museveni appointed a Constitution Commission, headed by Justice Benjamin Odoki, to engage in the process that saw the writing of the now 1995 constitution.

A Constituent Assembly (CA) was established in 1994 to write the new constitution, based on the report of the Odoki commission.

Museveni’s original plan was to have the new constitution debated by the National Resistance Council, which had at its core NRM cadres. However, the expanded NRC, apparently with open backing from then Army Commander Mugisha Muntu, who was later to become leader of the opposition FDC, opted for a specially-constituted constituent assembly that included “historical” members of the NRC, army and presidential nominees and delegates elected on “individual merit”.

One of the most contentious issues in the CA related to political party activities. Although Museveni continued to insist that his Movement system was “all-inclusive”, former NRM advocate-turned-critic Dr Kizza Besigye, who has probably been Museveni’s greatest political foe so far, is quoted in journalist Daniel Kalinaki’s book, Kizza Besigye and Uganda’s Unfinished Revolution, as saying it was all a farce.

Besigye points out how the Movement sponsored candidates and would caucus to agree on positions during CA deliberations.

“The CA election could be said to have marked the final nail in the coffin of the idea of ‘broad-basedness. This was confirmed by President Museveni’s rather telling statement, ‘we have defeated them,’ after the election,” writes Prof Oloka-Onyango.

Relying on numerical strength, Museveni succeeded in constitutionally putting a ban on political parties. The one-party state that Museveni had deftly constructed was now embedded in the constitution.

“I cannot stand here today and say that Uganda’s constitution lives up to the promise of the process that created it. Despite the diligent efforts of so many CA delegates, the constitution contained a serious flaw. Article 269 that restricts genuine political party activity is a blot on the face of this constitution,” then deputy chief of American mission, Wayne J. Bush, was quoted in The Monitor of October 16-18, 1995 as saying.

But this did not bother Museveni; he pushed back against the foreigners, telling them to stop meddling in the internal affairs of Uganda. For the locals, he continued to preach that parties were sectarian and the cause of the country’s past political turmoil.