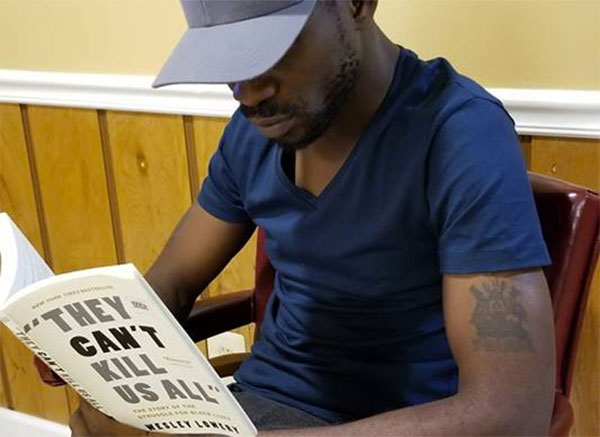 Police officers at all units in Kampala Metropolitan are on high alert ahead of the return of the Kyadondo East member of parliament, Robert Kyagulanyi alias Bobi Wine.

Bobi Wine is expected to return to the country this Thursday afternoon from the United States of America (USA) where he had gone for medical treatment after reportedly being tortured by security operatives.

Since he announced his return date, Kampala Metropolitan regional and divisional commanders have been holding meetings since Monday to plan the deployment plan for policing legislator's return. More than 1,000 people are anticipated to flock Entebbe road to welcome back Bobi who commands a huge following among the youth.

A source in police said that the meetings resolved to use Anti-riot Police backed by Military Police as the first line of deployment along Entebbe road, Kampala Central Business District, Kamwokya (Bobi's childhood residence) and Kasangati (Bobi's domicile).

The highest level of manpower is to be put on the Kampala-Entebbe highway where people may gather to see Bobi Wine. Police says Bobi Wine hasn't sought any clearance to hold a procession or an assembly in line with the Public Order Management Act (POMA). Kampala Metropolitan police spokesperson, Luke Owoyesigyire warned that whoever takes part in the procession will be arrested.

"There’s no clearance whatsoever - but the law is very clear that; if anyone is planning any procession, they should seek clearance from police. And if you don’t get, anything you do after that shall be arrested." said Owoyesigyire.

Bobi Wine in a video posted on his Facebook, accused government of planning to stir chaos so that they can taint People Power followers as being violent. According to Bobi, some people are printing some 20,000 red People Power t-shirts to be handed to 'state criminals to cause chaos and make it appear that they are his supporters. He said much as People Power encourages assertiveness, its followers detest violence.

Bobi Wine has been in the USA for the last 18 days. He was cleared to travel for medical attention on August 31 after undergoing medical examination to fill a police Form 3 in support of his torture claims against operatives from the Special Force Command (SFC), guards of President Museveni.

The legislator claims that he was brutally tortured during arrest at Hotel Pacific in Arua on the final day of the Arua municipality by-election campaigns. He was arraigned before the General Court Martial sitting in Gulu for illegal possession of firearms, a charge that was later dropped. He was again re-arrested and charged at Gulu Magistrate's court with treason together with 32 other suspects and remanded to prison for one week before being granted bail.

While in the US, Bobi Wine has held several press conferences and appeared on various international television stations and held mass with Ugandans living in Boston.

I can imagine you showering him with your wisdom like this ; be wise ; do not kill or you will die UPC is strong and so is Rwakasisi; do not send your wife and kids to Sweden , they might associate with white people and dissappoint me.

Drop the gun and go to Nyabushozi , talk and generate some numbers.I wish you luck.

Your advice would have been a real curse to Musanvu . His daughters would not be here "guarding their wealth"

Uganda would not be only two years away from Smart & modern Shithole .

The beginning of the end for Museveni and his fellow thugs. Kampalans, brace!

Sir, do you see beyond the end of Museveni?

I see the possibility of "the Uganda without the Ganda in it", which has never existed and will never exist. BRACE for a crash-landing.
Report to administrator
0 #23 Lakwena 2018-09-20 10:26
Quoting Betty Nalubega:

... It is also interesting to notice that for the very first time in decades , Mr. Museveni is not going to UN.

His reasons : a)15 minutes adress is not worth the journey. b) its too costly .

In other words, besides NY demonstrators, M7 would be humiliated like never before.
Report to administrator
0 #24 Lakwena 2018-09-20 10:49
Quoting Budapest:

...
How can the aim of the people power movement be to remove M7? That's so simplistic.

We need to look closely at ourselves and discuss issues without emotion or rage or anger.

We cannot make decisions just based or emotions, decisions that affect us as a country. We cannot sell our country to anyone just because we are tired of one face. ...

Budapest, a balance person/human being stands on the three pillars: Emotion, Intellect and Will (to do what is right).

Without one or more of the 3, he/she is either disabled, sub-human or a beast. Like Genghis Khan, Hitler, Stalin, Amin, Mr. M7 etc., without emotion one is cruel and foul.

I suppose you and Mr. M7 belong to that category: selfish, without feeling for others, dry, cold and brutal.
Report to administrator
123