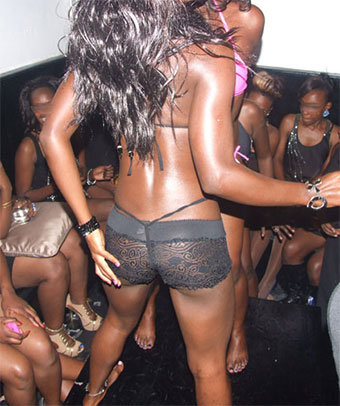 The Inspector General of Police (IGP), Martins Ochola has directed police officers to immediately stop arresting sex workers and gamblers, just three days after the Constitutional court nullified the offence of rogue and vagabond in the penal code act.

In his statement delivered by the police spokesperson Fred Enanga, Ochola says that any police officer who will be found arresting any person on offences related to rogue and vagabonding that include idle and disorderly, gambling, and prostitution will face the police disciplinary court.

"The scrapped cases will also help us free up resources to address other serious crimes. So any police officer who will be found dealing in rogue and vagabond will face immediate disciplinary action for disobedience of lawful orders. In addition, all local leaders and community should comply with the ruling and desist from acts of vigilantism and mob justice," said Ochola.

Last week, five justices of the Constitutional court ruled that the offence of rogue and vagabond be outdated because it is archaic and unconstitutional. They also noted that it infringes on the right of freedom of movement.

The five justices comprising Fredrick Egonda-Ntende, Elizabeth Musoke, Christopher Madrama, Monica Mugenyi, and Christopher Gashirabake emphasized that the rogue and vagabond offence contravenes article 43 of the Constitution of Uganda, which is the supreme law of the land. Police have on many occasions been accused of arresting people without clear offences and often end up charging them with the offence of rogue and vagabond, which included being idle and disorderly.

"Behaviours that are no longer punishable or arrestable by law are the following; idle and disorderly where a person being a prostitute behaves in an indecent manner in any public place, you're no longer supposed to be arrested, a person who wanders or takes himself or herself in a public place to beg or gathers or procures any child to do so, please just do your things, play any game of chance - all money's worth in a public place, gambling, playing ludo for money, cards for money just go about your activities of playing chance," said Enanga.

Public interest lawyer, Najib Kasule says that police will now start arresting people for serious crimes instead of apprehending them based on their appearance like wearing torn clothes or having dreadlocks.

“Police used to bundle people on suspicious appearance. You have dreadlocks, and torn clothes and they arrest you. But because this escape is no longer there, they will stop those malicious arrests. They will start arresting people for serious crimes,” Kasule said.

The Constitutional court ruling emanates from the case of Francis Tumwesige Ateenyi filed against the Attorney General in 2018. Ateenyi was supported by Human Rights Awareness and Promotion Forum (HRAPF) insisting that rogue and vagabonds decriminalize poverty and status.

HRAPF over the years argued that rogue and vagabond were routinely being based on by security forces to apprehend and persecute the poor and marginalized people for instance street vendors, sexual minorities, and sex workers.

Ugandans are alright being tribally divided poor slaves of the migrant family, in the zone fromed by their tribal lands, WHY?

What do the Bishops/Muftis have to say about this ungodly thoughts; Oh you Uganda, may God Uphold Thee, We lay our future in thy hand...!
Report to administrator
0 #7 Lakwena 2022-12-08 09:51
Quoting rubangakene:

So does it mean that even the IGP is on the side of "malayas" now?

What do the Bishops/Muftis have to say about this ungodly thoughts; Oh you Uganda, may God Uphold Thee, We lay our future in thy hand...!

Rubangakene, in Genesis 6:5-6, it was and still is prostitution and related sexual perversion such as: Homosexuality that God regretted having created Man when He said, ... Am sorry I made man ...!

Probably that was when God left town to our own vices and peril. Mainly and/or partly because; even death sentence by stoning, STD, and HIV/Aids cannot deter man from prostitution and other sexual temptation and perversions.
Report to administrator