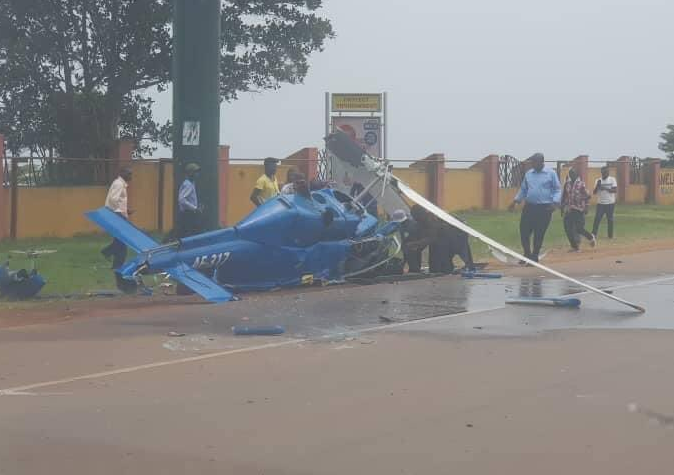 If the number of Uganda People's Defence Forces (UPDF) soldiers killed in helicopter crashes as reported by the media over the last ten years is anything to go by, then the country has lost more than 30 soldiers and several aircraft since then.

What stands out in all of these crashes is the army leadership's silence in providing reports on what is causing these crashes. This has denied citizens, particularly parents, spouses, and children who lose loved ones in such tragedies year after year, the opportunity to know the truth.

From the 2012 crashes of three Uganda helicopters valued at $10 million (about Shs 38 billion) on Mt Kenya as they transported 28 troops to Somalia to face off with al-Shabaab terrorists to the one that crashed in the Democratic Republic of Congo (DRC) less than a week ago, killing 22, according to Reuters news agency, the UPDF has never made public the findings despite openly establishing committees to investigate them.

A UPDF helicopter allegedly crashed in east DRC last Tuesday, but no official statement has been issued regarding the exact number of fatalities, injuries, or the extent of the equipment damage. According to Reuters, 22 people were killed when a UPDF helicopter Mi-17, which was primarily used for transportation, reportedly hit a tree shortly after taking off and crashed on troops on the ground collecting food it had just delivered.

After several improvised explosive devices (IEDs) went off in Kampala, killing nine people, including four suspected suicide bombers, and injuring over 40, the UPDF deployed in DRC in November last year to fight the Allied Democratic Forces (ADF). According to an analysis of CCTV footage, the so-called suicide bombers could have been innocent mules duped into delivering parcels about the contents of which they were unaware.

When contacted about the crash reports, Brig Felix Kulayigye, the army spokesperson, wondered why one would be asking about reports yet the president has just set up a committee to investigate all the recent and previous UPDF helicopter crashes. Apart from the Mi-24 helicopter that crashed on Monday last week in Fort Portal city, another Mi-24 crashed in Mityana on July 26, but in both these incidents, no soldier was killed. Last year, a UPDF jet ranger crashed at Lido beach in Entebbe and killed Capt Caroline Busingye.

The Entebbe crash happened six days after another UPDF helicopter came down soon after taking off in Balidogle, Somalia. In 2020, Maj Naome Karungi who was UPDF’s most senior female pilot perished alongside flight trainee Benon Wakola when their jet ranger reportedly hit a hill in Butambala district.

Uganda People’s Defence Air Force (UPDAF) spokesperson, Maj Moses Irimaso Mugisha, said he had not accessed any of the reports. Even though UPDF has not made public reports explaining the reasons behind these crashes, some incidents have been blamed on recklessness or lack of simple knowledge on routes to take in regard to weather changes or topography.

For instance, the three helicopter crashes in Mt Kenya were majorly blamed on routing errors. Mt Kenya where the two Mi-24s crashed, has a 17,000ft altitude yet such helicopters as experts explained are meant to fly at altitudes below 12,000ft. It is not clear why such basic knowledge was ignored by the pilots.

It was only the Mi-17 which had the bigger capacity that managed to manoeuvre and landed at Garissa. The soldiers on board were brought back home safe while their colleagues whose actual fatalities numbers remained in speculation did not survive the disaster.

Hopefully, Maj Gen Charles Okidi’s committee as directed by President Museveni will make a comprehensive report on all these crashes and restore the confidence of the citizens in the safety of their servicemen and women and by extension, the safety of the country. Maj Gen Okidi is the deputy UPDAF commander.

+10 #1 Apollo 2022-10-03 10:43
I stated it at the time of the tragic crash that killed Major Karungi and I will state it here again. Uganda under Gen. Museveni lacks organizational culture, specifically of maintenance.

It is the reason a very expensive tarmac road will fall apart and revert back to 'original settings', while every decision maker is looking on. It is not a simple matter of throwing money at the problem.

That money will either be eaten or returned to the treasury. The problem is organizational culture. It is everywhere in Gen. Museveni's Uganda. In Mulago, it kills patients, on roads it kills commuters, in the skies, it kills both those flying and those on the ground.
Report to administrator
+6 #2 Wante Martino 2022-10-03 11:56
It kills every body's Reasoning that almost 100 trained and equipped soldiers GET KILLED BY POOR maintenance of these Expensive Choppers and as Ugandans, who actually PAID for these machines never to get details of the CAUSE and deaths of Loved ones!

We spend alot of money to Train, Dress and Equip these soldiers and we are entitled to know what happened!
Report to administrator
+11 #3 Olum S. 2022-10-03 12:26
And these are the people that are going to ‘manage’ Uganda’s oil sector and its revenue.

There is not 1 sector that these bandits have successfully managed on behalf of the country. So these helicopter tragedies should be no surprise at all.

This is all down to the culture of criminality/ bankrupt morality, that these bushmen and women have brought to Uganda.
Report to administrator
+7 #4 kasede 2022-10-03 14:52
Don't we remember the scam of junk helicopters that Uganda bought from Russia many years ago?

Corrupt deals are expensive in the long run. In this particular case, we are paying back the acrued long-term costs (& accummulated interest) in army lives.
Report to administrator
+4 #5 Lakwena 2022-10-03 16:41
In other words, it is high time Ugandans knew who the Alpha Swine is!

Otherwise, except the one that killed the Chief of STaff Brig. Gen Oyite Ojok (RIP [sabotage]) by the enemy within (NRA), why weren't there chopper crushes under the leadership of Swine?
Report to administrator
+6 #6 Lysol 2022-10-03 18:35
It's very difficult and useless to continue repairing junks.
Report to administrator
-3 #7 WADADA rogers 2022-10-03 18:45
Of course the obvious reason is they purchased junk choppers.

Secondly, the long term plan is to weaken Museveni in the air so that when we are attacked, we shall be helpless. That means whoever is behind is behind the crashes is an enemy of Uganda
Report to administrator
+5 #8 rubangakene 2022-10-03 19:49
Even Ugandans on the ground are now worried for their safety when they hear that noise; my 'marua' group was "spooked" twice this week by one that flew overhead our joint.

What do you expect when there are no spares coming from the manufacturer who is at its own war? They are probably now "welding the blades" in Kitooro.
Report to administrator
+1 #9 Odokonyero 2022-10-04 08:02
Quoting WADADA rogers:

Of course the obvious reason is they purchased junk choppers.
Secondly, the long term plan is to weaken Museveni in the air so that when we are attacked, we shall be helpless. That means whoever is behind is behind the crashes is an enemy of Uganda

People like @wadada bought the junk choppers, recruited junk mechanics and pilots from their villages who do junk work with junk skills and junk spares and tools. Why wonder life becomes a junk to those involved?
Report to administrator