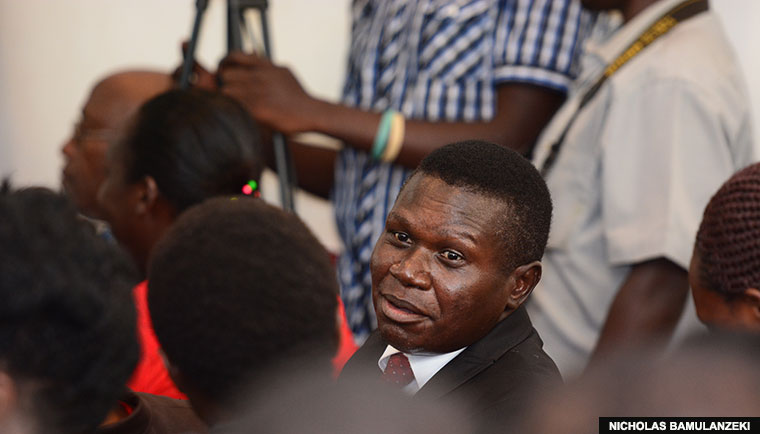 Norbert Mao is a rare breed in the world of politics; an opposition politician for most of his career, he is known for his witty and sometimes harsh quips and his bluntly expressed opinions against opponents.

We round up some of the sharpest comments over the years from the politician who surprised many when he publicly joined NRM, a party he has opposed for 36 years.

Commenting on the character of President Museveni, “Museveni loves to drive every appointment into his cabinet like a wheelbarrow. He shall tie you with a rope and drag you to wherever you don’t want to go but he shall have decided that it is where you should go.”

Describing NRM at Kololo, “But you know NRM is not a party. It is an association for eating. There are only two parties; UPC and DP. The rest are projects.”

Commenting on Gen Muhoozi’s tweet praising him, Mao told DP members on March 6, 2022, “The president’s son Gen Muhoozi praised Norbert Mao, did he say anything wrong? Am I not intelligent? Don’t I have presidential abilities? Did he lie? I want to assure you that I know what I am doing and I will never be bought with money. That one you should be assured of it. I can never join a government and leave my party behind. That is my assurance. The day I think that DP should join any government when it is not the one leading the government, I will have to first discuss with DP and we agree. Let us warn those who are insulting DP because it is DP that built them. You must tell them off that without DP ‘where would you be?’ Tell them to put Mao aside and discuss DP because when they want to bastardize the argument, they bring in Mao.”

Responding to calls from disgruntled DP loyalists to relinquish his position as DP president after his appointment as minister, “The constitution of DP and the cooperation agreement are not mutually exclusive. I signed it as the president of the Democratic Party and I shall continue discharging my duty as the president of the Democratic Party. I have heard voices calling for me to step aside. I think the reason is not a cooperation agreement. The reason would have been if members said you (Mao) would be too busy because it would be reasonable. The venomous outbursts I have heard show that many of our members have not internalized the impacts of the cooperation agreement. DP must have a leadership that is committed to those issues.”

On Lord Mayor Erias Lukwago joining FDC ahead of the 2021 elections, “I wish the lord mayor good luck. It is a great day when a person who has been cohabiting finally gets married. Is it not a great day? Today is his graduation day from cohabitation to marriage. After all, those who are cohabiting do everything that married people do. Is there anything that they don’t do? They even have children...”

Speaking to Museveni immediately after signing of the cooperation agreement between DP and NRM, “To me, this is a continuation of a journey that started even before some of us were born. Your Excellency, you now have the historic opportunity to gather patriots scattered all over Uganda. You must look for them wherever they are. They are in all the political parties; they are in all corners of Uganda. These are things which I believe will be enjoyed most by the unborn children. They may thank you when you are not around. We salute the courage that you have shown. This is an unprecedented step. There has never been something like this.”

Responding to Ugandans accusing him of joining cabinet for individual aggrandizement, “I don’t blame anyone who makes that interpretation because Ugandans like to talk about eating. Even if I became the pope, they would say I have gone to Rome to eat...Earlier you asked whether I like NRM. To my knowledge, NRM has never fished a DP MP to cross but the other opposition parties are day and night courting DP MPs to cross.”

On his one-man war against the National Unity Platform, “We didn’t know that these people were working for some elements within the NRM. That’s why I have called out NUP for being an NRM project. If NRM was honest, NUP should not be on the register of the Electoral Commission of political parties because they have a fake constitution; they had no delegates’ conference. All those people who were elected on NUP ticket should become independents. But NRM is guarding NUP because they need NUP. They need a party like NUP, which is incompetent, which is inept and cannot challenge the NRM. So, NUP works for NRM, NRM works for NUP and I have evidence to prove it.”

Commenting on his rants against NUP on CBS FM, “In Uganda, we’re in the traffic jam. Some people promised Ugandans that they would remove the lorry (NRM) that had become a road barrier to the normal flow of traffic. When they remove it, I shall also move. I debunked that assertion. Fellow DP leaders approached me and asked whether I could trust the Electoral Commission in the prevailing situation. Unless you say the election was free and fair.”

Commenting on DP MPs loyal to People Power/NUP, “We don’t have positions for watermelons in DP. They are green outside but with different colors inside.”

Campaigning for presidency ahead of the 2021 general elections, “We are going to have a national flag bearer who shall appear on the ballot paper for our sake. He [the flag bearer] shall not be doing it as a personal job because all of us Ugandans have suffered during Museveni’s regime. Where I come from, we have a PhD. in suffering in this regime of Museveni. Some areas in Uganda haven’t gotten a certificate in suffering but we the Northerners have a PhD. You see teargas here but we were buried. They dig a grave, drop in bottles, and nails, and set them on fire. They then drop you inside alive. They raped our fathers and mothers. No one can teach me how bad Museveni is. I am angered when someone gives useless lectures about the opposition. ‘Mao is not opposition.’ We have suffered. We have been hit by rain, the wind, and hail storms but we have persisted for long. Those who planted matooke for Museveni are the ones lecturing me. We should, therefore, vote for leadership that believes in the party because the party is loved by its members.”

Supporting his decision to join Museveni’s cabinet after vetting at parliament, “I am sorry to say but most leaders have not yet graduated to the level of transformational leaders and that’s why you see all these fights. I was a situational leader, now I am a transformational leader. I know who I am; I am confident, I don’t give a damn about what most people say because it is the result of poor thinking or sometimes poor upbringing.”

Appreciating Museveni’s achievements at a press conference, “One of the things I have to give Museveni credit for is the mass immunization.”

On supporting Amama Mbabazi during the 2016 presidential campaigns “The leadership team rejected the IPC [Inter- Party Coalition]. Those who were criticizing us for not being part of IPC are now criticizing us for being in TDA. They were telling us to unite but when we have united, they are now asking us why we have united. That is why I am saying that the only problem should be the size of their brain. There’s no way anyone can sell the Democratic Party. We did not join TDA/decide to support Amama Mbabazi because of any financial reward. When we move around, we spend our own money.”

Commenting on his one-man one-army war with NUP loyalists, “We can’t allow a bunch of hypocritical corrupt bullies to mess up the national debate. I am coming out strongly because I believe that somebody has to stand up to this cyberbullying on social media. People now fear expressing their true opinions. You cannot have a country where people are pretending. Even the media is terrified...”

Commenting on Gen Muntu and Col Besigye’s visit to Bobi Wine’s residence, “My impression of that much-publicized visit to Magere is that it is a good thing. Many of us meet Hon Kyagulanyi so often that it is no longer necessary to post photos. Even the night before he escaped to Bugiri, he had supper at my house.”

Responding to allegations that he works for Museveni’s government, “I wanted to take Muwanga Kivumbi to court over his allegations but when I consulted with my lawyers, they advised me that stupidity is not an offense.”

On his meetings with Museveni, “You can meet with the leader of the ruling party and you present your case. We do that in the open. That is why I am calling out some party leaders for their hypocrisy. They are engaged in secret talks with the ruling NRM. They receive emissaries from the ruling NRM but they want to pretend. That is what I call petty radicalism. You know very well that Colonel Kizza Besigye was in secret talks with Yoweri Museveni...”

Commenting on the disbursement of the political parties’ support from government, “Someone from NUP told me that their bosses will return to address the critical issues I raise in the next quarter. For now, they are still busy chewing the Shs 3.1 billion IPOD cash! The next release will come in the quarter beginning April; so, I doubt they will be available.”