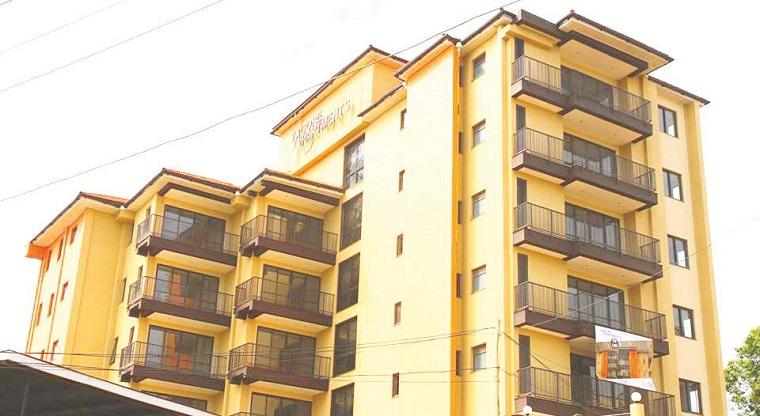 Tenants have a big worry; the Landlord and Tenant Act 2022 has sunk the claws of landlords on their heads.

Passed by parliament last year and given the much-needed presidential nod of approval on April 12, 2022, the new law has drawn a heightened sense of unease from tenants. Interviewed for comment, Simon Peter Atwine, a tenant in Mutungo, a Kampala suburb, said; “To us tenants, that is a bad law and it looks like it was pushed by landlords. Most of the sections are a bit friendly but when it comes to default on rent, it is biting because the landlord is free to take over premises and that means kicking me out when I fail to pay. The framers were not fair.”

“There is no doubt; it is the property moguls who pushed it through for purposes of generating money because most of them have huge loans to pay. They borrow to put up buildings and use this law to harass us. How do you give me thirty days to vacate the building for failure to pay one month?” he said.

“You know how bad Uganda’s economy is; they should have at least provided for three months’ notice because that is enough time for one to prepare and leave,” he added.

But Sudhir Ruparelia, a businessman and real estate developer in Kampala, said, “This law is a win-win situation for both the tenant and the landlord. The law is good and in my opinion, gives more privileges to the tenants because some landlords were taking money without issuing receipts and they would later deny receiving the payments.”

The law, he said, will generate more taxes for the government, especially in the city and municipalities where tenants are paying over Shs 500,000. The law requires landlords to issue bank accounts on which the money will be deposited. Sudhir said under this law, both the landlord and the tenant must sign an agreement and, therefore, a tenant can’t just be dismissed from the building without notice.

The law provides a tenancy agreement with rent-regulating terms and conditions, which a tenant can fill and sign up before entering a premise. The agreement stipulates that a tenant must pay a security deposit of one month at the beginning of the tenancy to secure the performance by the tenant of his/her obligations.

The landlord or his/her agent reserves the right to enter the premises to inspect the condition of the premises. The tenant is supposed to pay rent, water rates, electricity charges, garbage collection charges, security charges, and any other charges imposed during this tenancy.

According to the template, tenants are supposed to use the premises for the intended purposes only as per the agreement “and not to use or permit them to be used for any illegal purposes.”

And the premises including the fixtures therein must be kept in a good and clean condition during the tenancy and must be delivered in the same condition when leaving. The compound, fence, and paths must be kept in good order and condition too. A tenant is prohibited from drilling nails in the walls of the premises or cutting timber or main trees, bushes or shrubs planted there without the landlord’s consent.

The tenant must “permit the landlord or his authorized agents at reasonable times to enter the premises or any part thereof after twenty-four hours’ notice to examine the state and condition of the premises.”

The tenant cannot “assign, sublet or part with possession of the premises or any part thereof without the prior written consent of the landlord which consent shall not be unreasonably withheld.”

If a tenant fails to pay his or her monthly rent, the landlord can issue a 30-day notice of eviction. If the tenant still fails to pay up the arrears after the notice, “the landlord or his/her agents may at any time re-enter upon the demised premises…repossess and enjoy as his/her former estate…”

Under section 29, when a tenant defaults on paying rent, the landlord may apply to a court of competent jurisdiction to recover the rent owed.

“Any Disputes between the landlord and tenant shall be settled through Alternative Dispute Resolution mechanisms failure of which the parties may proceed to court.”

Away from the tenancy agreement, the landlord and tenant law also allows landlords to recover their arrears through court. According to section 21 of the Act, the tenant shall pay rent on the date and in the manner agreed upon by the landlord and the tenant and landlord shall issue a receipt upon payment of rent. The receipt issued shall be in the form prescribed in regulations yet to be issued by the minister.

Section three of the law makes it mandatory for the landlord to sign a tenancy agreement with a tenant before letting out any premise. The agreement may be made in writing, by word of mouth, partly in writing, and partly by word of mouth, in the form of a data message or implied from the conduct of the parties. The aforementioned evidence of a tenancy agreement may be given in court, whether the tenancy is registered or not.

Section six of the law stipulates that premises should be fit for human habitation at the commencement of the tenancy. The landlord shall keep the premises maintained in good repair.

“The repair does not apply to damage caused to the premises by the tenant’s negligence or failure to take reasonable care. Where a tenant damages the premises, the landlord shall serve the tenant with a notice to repair the damage within 14 days,” according to the law.

The tenant, under section nine, may carry out urgent repairs to the premises. The urgent repairs include bursting water services; blocked or broken toilet systems; serious roof leaks; gas leaks; dangerous electrical faults; flooding or serious flood damage; serious storm or fire damage and the landlord shall within fourteen days after receiving the notice, reimburse the tenant the costs of the repair.

“Where the landlord does not reimburse the tenant, the tenant shall recover the costs incurred for the repairs from the rent due and payable immediately after the repairs are carried out.”
Section 10 stipulates that the landlord is responsible for the payment of all taxes and rates imposed by law. Where a tenant pays any taxes or rates in respect of the premises, the landlord shall indemnify the tenant for the amount paid by the tenant.

The law prohibits a landlord from increasing rent at a rate of more than 10 percent annually or such other percentage as may be prescribed by the minister, by statutory instrument. Where a landlord is increasing rent, a tenant shall be informed at least 60 days before.

Jemba Kanakulya Mulondo, the spokesperson of Kampala City Traders Association (KACITA), said Ugandans should appreciate that the country has a tenant and landlord law now.

“First of all, there is provision for an agreement, which sets a precedent for others to follow. When you agree that I am paying rent every month and you get a problem, the least you can do is to write to the landlord for a grace period of either one week or two or even a month…So, that is a starting point.”

“…This law is not set in stone and it is a work in progress. In case of any inconsistency in the law, we can go back to parliament. We have the issue of utilities. That was left for the landlord to decide yet we had requested for every premise to have a meter for electricity and water,” he said.

“As Kacita, we requested a 90-day ultimatum for one to be evicted but they chose 30 days for forceful entry of the landlord if you fail to pay in time. I would advise anyone renting to write to the landlord whenever things are not moving well. Depending on good communication; this law creates a harmonious relationship between the landlord and the tenant. A lot of those clauses need to be understood,” he said.

David Karubanga, the chairperson of the parliamentary Physical Infrastructure Committee and Kigorobya MP, said the law will ably regulate the industry.

“The bill came from my committee, that is true, but we engaged all stakeholders who included the landlords and tenants and we conducted all the interviews, heard their opinions and we forwarded it to parliament, which later passed it,” he said

Robert Kasolo, the deputy chairperson of the Physical Infrastructure Committee and Iki-Iki MP, said the landlord according to the Act will take over premises when a tenant defaults on rent payment but the law doesn’t allow him to confiscate property nor sell it to recover rent; so, that will only be defined in the regulations, which will be drawn by the minister.

“That is the law but it is the regulations that are going to operationalise every particular section in the Act. The law is clear and precise. It intends to regulate the relationship between landlords and tenants,” he said, adding, “President Museveni wanted the regulations issued in less than two months after signing the bill but they are not yet out,” he said.

He said; “Thirty days is when you know that the tenant is not going to pay you. When you realize it, then you issue a 30 days’ notice. In total one can be evicted after 60 days not 30 days as people interpreted it.”

“When you look at the copy of the tenants’ agreement attached to the Act, the landlord may in his absolute discretion review the said rent at the expiry and accord the tenant more time to clear the debt,” he said.

Lawyer Luyimbazi Nalukoola said, “It is good that the law is now in place. Previously there was no law. They used to say that a tenant can’t be evicted from the building and if the landlord intends to do that, then a tenant would be given three months to leave. That was a lie because there was no law…” he said.

He said landlords used to avoid paying tax by issuing receipts with lesser amounts. The law now makes it mandatory that as long as the rent is above Shs 500,000, it must be issued in writing. So, that is good for the tenant.

“About increasing rent, the landlord has to give a sixty days’ notice and it should not go beyond ten percent of the current rate…,” he said.

William Kaweesi, a tenant in Kiwatule, said the law has both good and bad sections.

“The thirty days’ notice issued by the landlord should have been revisited and increased to at least 60 days given the economic situation in the country. You know it is hard to raise money, which is normally paid three months upfront for the new premise. So, if you are to relocate, you have to work hard, save or even take up a loan,” he said.

He said the framers of the law should have revisited section 29, which gives powers to the landlord to confiscate tenants’ properties.

“How do you confiscate a tenant’s property who has been occupying your premises for over a year? We at times get problems and cannot clear our rent and that may take two months. The solution would be sitting on the table and agreeing when to pay, rather than kicking me out,” he said.

+3 #1 Tim 2022-06-22 08:29
The heading and body of this article are miles apart. The article seems to portray the law as very against tenants but even as people you interviewed are implying it tenants have not been given a raw deal.
Report to administrator
+3 #2 kabinda 2022-06-22 10:08
This should be a good law if the same government behind these laws ensures salaried workers get their pay on time every month.
Report to administrator
+4 #3 PaulM 2022-06-22 10:09
Good law that took a long time coming. There is a contradiction in this article, however.