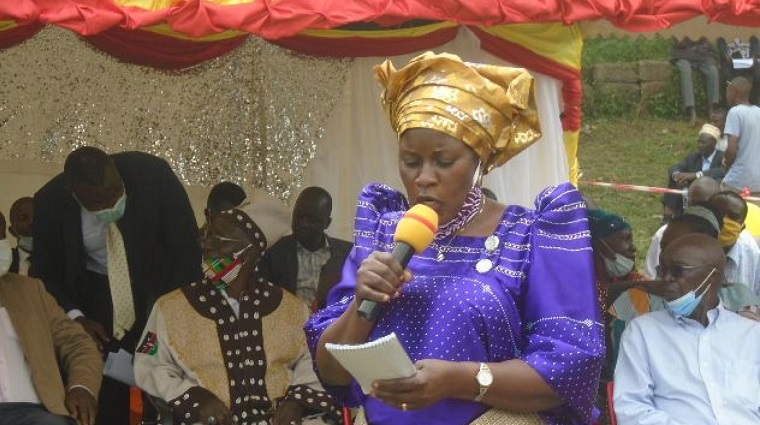 Lydia Wanyoto Mutende has lost her appeal challenging the victory of her rival, Connie Nakayenze Galiwango, the Mbale City Woman MP. Wanyoto ran against Nakayenze in the January 2021 polls and lost with an overwhelming margin. She polled 25,276 votes against 40,729 garnered by Nakayenze.

She protested the poll results and petitioned Mbale High court alleging electoral malpractice including among others intimidating presiding officers and tampering with the result declaration forms. Wanyoto asked the High court to nullify the election results and order for re-election.

However, justice Andrew Bashaija dismissed the petition with costs on grounds that the applicant had failed to prove her claims warranting the nullification of the poll results. Dissatisfied with the High court decision, Wanyoto through her lawyers filed a notice of Appeal on September 30, 2021, and lodged a memorandum of appeal on October 28, 2021, to include additional evidence.

However, by the time Wanyoto filed her memorandum of appeal, it was too late since rules 30 and 31 of the parliamentary elections interim provide for filing an appeal within seven days from the day of the judgment. Wanyoto told the court that she was delayed by the failure of the court to avail her and her lawyers a record of the proceedings of the High court proceedings to enable her to draft the appeal.

She claimed that she only accessed the proceedings on October 27, 2021.

"That without a judgment and record, Wanyoto had no basis on which to base her criticism of the trial court," argued Wanyoto's lawyer. Wanyoto applied to amend her memorandum of appeal and validation of the same which the court granted.

However, a panel of three justices comprising Elizabeth Musoke, Christopher Madrama, and Eva Luswata have dismissed the appeal, stating that by filing the application, Wanyoto and her counsel conceded that both her memorandum and record of appeal were filed out of time.

"We have rejected her application to validate both proceedings or allow an extension for them to be filed out of time. In essence, there is no valid appeal before this court," reads the judgment from the court of appeal.

The panel hence struck off the appeal with no orders as to costs. Galiwango who now retains her seat was in jubilation following the court decision. She says that Wanyoto will have to pay costs as directed by the lower court because she invested a lot in the case, especially in gathering evidence.

In other words, geta life! Trying too hard to be what you are not produces unexpected results and scone.

I personally like Hon Wanyoto, especially for her occasional honesty and rationality,;and taking a position on the unprincipled and wrongdoing in the NRM leadership.

But unless she is being a veiled opportunist; one can't be rational and still support a wrongdoing NRM leadership/party.

Otherwise, you can't be kind/human and cruel/nasty at the same time. if Wanoto had cleared her head/conscience and joined the opposition like Hon Wambeche, she would have had a landslide win in Mbale.
Quote | Report to administrator
0 #3 WADADA rogers 2022-06-21 11:47
It was obvious, Lydia Wanyoto Mutende had to loose the appeal, her petition had no chance even before the most biased judicial officer.

Connie Nakayenze should squeeze her so hard, surely a margin of of over 15,000 is a huge number. Let her pack her bags out of politics, the people of Mbale city or anywhere in Bugisu dont need her
Quote | Report to administrator
Refresh comments list
RSS feed for comments to this post
Add comment