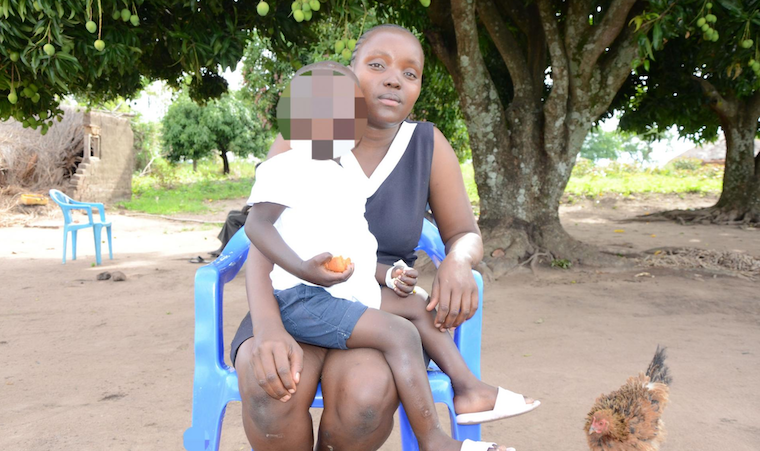 Florence Idede with the child

The family of Florence Idede in Koboko district has threatened to revive a case of child neglect instituted against the indicted Arua diocese priest Fr Edward Eguma.

Last year, Fr Eguma made news headlines when he was dragged to the child and family protection unit at Arua Central police station over accusations of child neglect.

According to Idede, Eguma has not been providing any support for their child for about a year. Idede, a S.3 dropout of Logiri Girls secondary school in Arua district, says she has been brewing local waragi, which she sells to get money in order to provide for her child.

Idede’s father, Francis Lemeriga accuses Fr Eguma of reneging on his pledge to provide child support but when contacted, Eguma denied allegations of child neglect, noting that he hadn’t been informed about the sickness of the children.

"She beeped me, but I had no airtime to call her. She told me that I should call her back some minutes ago. If that is the case, let me run around.

Jimmy Anguyo, the West Nile region child and family protection unit officer, says police are not aware of the concerns since they haven’t received any information from the concerned family.

He advised the family to report the matter to the police for further investigation. Before his suspension, Fr Eguma was a curate at Nyadri town Catholic parish in Maracha district, under Arua diocese.

0 #1 WADADA rogers 2022-05-06 08:16
Oh dear, if the priest is not being framed, i think he was blessing the mother of the kid and accidentally got her pregnant, wow
Report to administrator