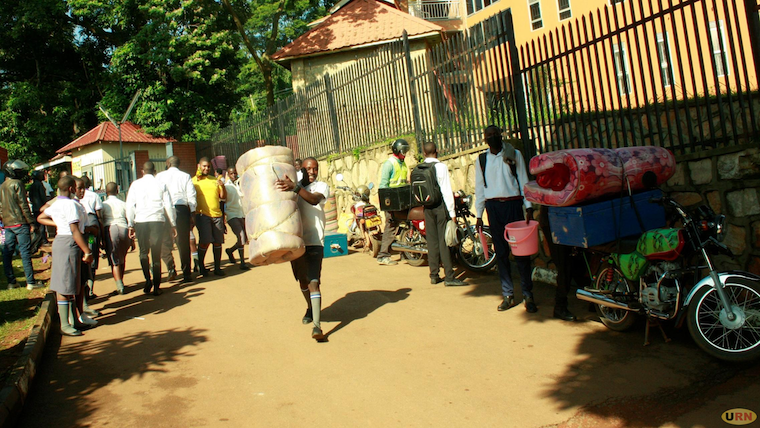 The competition for new customers by the lenders coincides with the fact that many parents would like to take their children back to school, but are constrained financially. The financial sector is also targeting school proprietors and suppliers, who now need instant cash to get their businesses up.

Many lending institutions are offering discounted interest rates, easy security for loans, and simplified processing for getting the money, among other incentives.

The ministry of Education and Sports says some regulated financial institutions approached them with proposals of financial solutions for schools, parents, and suppliers and the financing models have been agreed on.

Dr Kedrace Turyagyenda, the director of education standards at the ministry says there is a cycle of financial constraint with the cash-strapped schools only having hope in parents, yet the parents are also constrained.

She says the other option would be relying on the government, yet the government resources are also impacted by the pandemic. She, therefore, says the move by the banking industry comes as a relief to all players.

The government and the education sector also secured relief positions where schools would be given a waiver of loan interest accumulated in 2021.

Stanbic Bank Uganda chief executive officer Anne Juuko says they decided to give interest rate cuts to education-related loans to 16 per cent but says that unsecured loans will attract a higher interest of 19 per cent. For the period to January 31, 2022, the bank will charge no loan arrangement fees, while a loan can be secured within two minutes for parents who already have accounts with the bank.

“The COVID-19 pandemic has left us with an unprecedented challenge; our schools have been closed and teachers have been out of work for two years, many parents and guardians also had their livelihoods interrupted as a result of loss of jobs or business,” Juuko says.

Teachers have also been given special consideration on the salary loans they acquire, due to the fact that many, especially in private schools have not been paid salary for two years. Other offers will include access to communication gadgets like laptops for students on credit, as more learning institutions are requiring students to have either laptops or smart mobile phones.

She says, unfortunately, that the loans that the schools already have must be paid back, though interest has been waived. According to the Uganda Bankers Association, school proprietors owe the banking sector, more than Shs 1.5 trillion, on top of accumulated interest of about Shs 500 billion. To protect the banks from liquidity crises, Bank of Uganda will not push for the writing off of the debts.

Mustapha Nanfumba, the managing director of Mpigi Mixed secondary school, one of the schools, whose loan repayment program was affected by the lockdown says that the decision to waive the interest and lower interest on future loans is welcome because it will boost the education sector.

He says that unfortunately for suppliers, the schools were closed before they could collect enough money to pay for the suppliers that are usually on credit.

But aware that parents and investors are likely to fall prey to unscrupulous people, Absa Bank Uganda has warned intending borrowers to be aware of this so as not to lose the little they still have. The bank is offering a two-month repayment holiday on salary loans to customers, promising what they call ‘competitive interest rates, for sums between Shs 1 million and Shs 250 million.

“The pandemic has created economic pressures sending many into financial distress. With the impending school reopening, we are aware that parents will face challenges meeting school fees obligations,” says Musa Jallow, the director, retail banking at Absa Bank Uganda.

And on their part, Uganda Registration Services Bureau (URSB), reminds parents with limited property ownership or no formal employment, that movable properties can now be accepted as collateral.

“Phones, furniture, agriculture stocks like animals, household properties are now widely accepted as a form of collateral that the financial sector, especially banks, have for long ignored. Following the enactment of the Security Interest in Mobile Property Registry System Act, interested Ugandans should register such properties with the URSB, which can then be presented as collateral at banks,” says Mercy Kainobwisho, the registrar general.

In the last few months, the banking sector has seen credit growth in both demands by borrowers and supply by lenders as the economy picks up. The education sector’s participation in the market was almost nil as there were no activities to warrant borrowing, according to the Bank of Uganda.

The annual rate of growth of lending to the personal and household sector, where salary loans fall, was reduced to 18.4 per cent in the four months to October 2021, up from a growth of 19.5 per cent at the end of June.

These are commercial loans placed out for kids who do not work, have no collateral whatsoever.

Really one wants to ask, how much is the budget for free education in Uganda.

This is a national budget that has been winning elections for NRM for the poor kids to study for free in primary, and secondary schools.

Indeed this should be the national budget that should receive additional funds to help the kids in this country to resume their education. The parents should be asked to top up on such a budget in the best way they can!
Report to administrator
+2 #2 kabayekka 2022-01-06 04:22
This sort of incitement is indeed illegal where citizens have got to give away their land title certificates to commercial banks to buy state service.

Apart from the state funds of Free Universal Primary education which one believes many donor countries have placed lots of their money on it, there is the national Education budgetary funds that have been laying around without being used for two years during the just ended national lockdown.

Is this the money being diverted to fight a political war in the neighboring African country of the Congo?

It is high time The United Nations Children’s Fund arrived in this country to come to the aid of these children.
Report to administrator
+3 #3 WADADA rogers 2022-01-06 09:02
Are they doing it out of love or because they want to steal from those who will default
Report to administrator
+2 #4 kabayekka 2022-01-06 15:39
wadada rogers what a question to ask! There is no free meal in this world.

The bible confirms such a human process. By the sweat of your forehead you will make a living.

The love of the kids to help them to study is to have that hope that when they grow up and able to work, they too can make a better living for themselves.

What good is a government that cannot have such a humane policy for its communities?

Of course the parents have no money at all and that is why they need to borrow this money. Unfortunately therefore, they will have to fail to pay back these loans.
Report to administrator