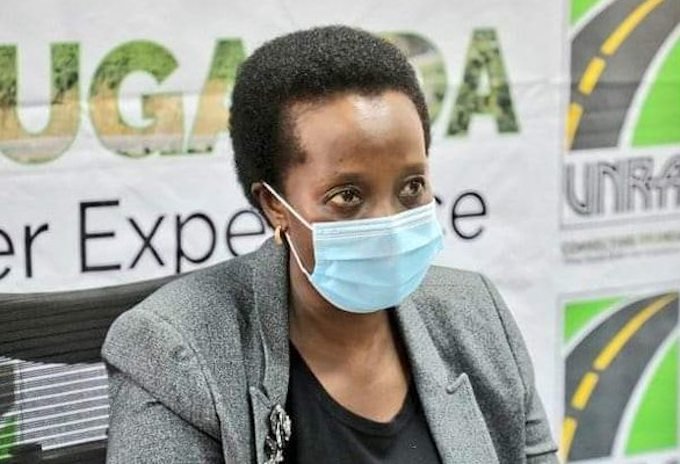 AECO through its lawyers of OSH Advocates and Kampala Associated Advocates has petitioned the arbitration panel seeking compensation of US $5 million over what they claimed was unfair termination of their contract for the supervision of Tirinyi-Pallisa- Kumi/Pallisa-Kamonkoli road in eastern Uganda and Masindi Kisanja-Tangi-Paraa-Buliisa road, one of the oil roads in the country’s mineral-rich Graben region.

But in an internal briefing, UNRA says AECO’s petition is a futility because the company breached all contractual obligations such as putting in place a resident engineer, a measurement engineer, an environmentalist and sociologist “whose absence on site greatly affected the effective management of the contract.”

AECO won the contracts to supervise engineering designs and building works for both road projects on September 21, 2018. China Communications Construction Company Limited (CCCC) was the main contractor for the road, which is nearing completion.

The said consultancy services’ contract was to run for a period of sixty (60) months from the time of contract signature (21st September 2018).

UNRA says whereas the contract indicated that the consultant was required to commence the services within four weeks from the date of contract signing, he did not report to site until November 19, 2018.

These delays by AECO to commence the services affected the project, according to UNRA. The roads authority adds that under item 5 of the Statement of Requirements, the consultant failed to meet its contractual obligations to prepare and submit Monthly Progress Reports to the Authority/Employer on time.

“Upon the continuous failure to meet this contractual obligation, the Consultant was notified to rectify the said breach but still never complied. Failure to submit Contractual reports constrained the Employer and the project in many aspects of Project Planning and Monitoring,” UNRA says.

UNRA says despite approving the Environmentalist, Road Safety Specialist and the Sociologist for the project, none of these key staff reported to site till the month of notice to terminate (August 2020) “despite its full knowledge that the project traversed through a very eco-sensitive area that required the expertise of the Environmentalist.”

“This caused a lot of non-compliances in Environmental and social safeguards on the project,” UNRA states.

Whereas UNRA signed the contract in association with M/s Technology Ltd, AECO instead brought in another company, Prome, without the employer’s approval, which was a breach of provisions of Sub-Clause 10.1 of the General Conditions of Contract.

“Clause 10.1 provided that the Consultant shall request approval in writing from the Procuring and Disposing Entity for all subcontracts awarded under the contract that are not included in the contract. Therefore failure to seek approval from the Employer at the point of subcontracting Prome amounted to breach of the aforementioned clause. The Authority later learned that on several occasions Prome notified AECO of non-payment and its intention to demobilise the staff on site which put a very big risk to the Employer,” UNRA says.

From the onset, UNRA says AECO failed to mobilize the Team Leader/Engineer’s Representative.

“The Team Leader/Resident Engineer was off site for approximately 5 months. Without the team Leader, the works Contract could not effectively be administered in accordance with Sub-Clause 3.1 of the General Conditions of Contract. Without the Team leader on site, all correspondences and /or contractual communications with UNRA and or Contractor had to be issued by AECO Head Office in Kuwait. This communication gap resulted into a lot of unnecessary delays that made the Contractor to evoke contractual clauses that could have been avoided,” UNRA states.

“Worse still, this protocol and communication gap persisted long after the deployment of the Team Leader hence contributing further to the underperformance of AECO under this Contract,” it adds.

After the contractual breaches, UNRA has contracted M/s Prome Consultants Ltd to continue with the supervision services for the road works until completion.

Constructed by Arab contractors, Tirinyi-Pallisa-Kumi (67km) and Pallisa-Kamonkoli (44km) is considered the smoothest road in Uganda, with an international roughness index averaging 1.3 m/km. That’s typical of a runway, UNRA says.

UNRA argues that this is the excellence that it’s in-house supervision team has delivered by collaborating well with the contractor - Arab Contractors and won’t allow AECO to tarnish the achievement.

According to UNRA, AECO too reported late for assignment on the Tirinyi-Pallisa-Kumi project, after signing the Consultancy Services Contract signed on 15th March 2021.

0 #1 Joseph 2021-11-24 15:13
On Uganda, don't we have engineers who can do road construction, how shall the country support its own people, if every contract goes to foreign companies.

Allen borrow a leaf from what the late magufulli did for his country.
Report to administrator
0 #2 Eric L 2021-11-26 13:21
Kagina has distinguished herself as a saved servant beyond just the words we have in today's savedees. I really applaud her for living the talk unlike many of others. I trust she means good for Uganda.
Report to administrator