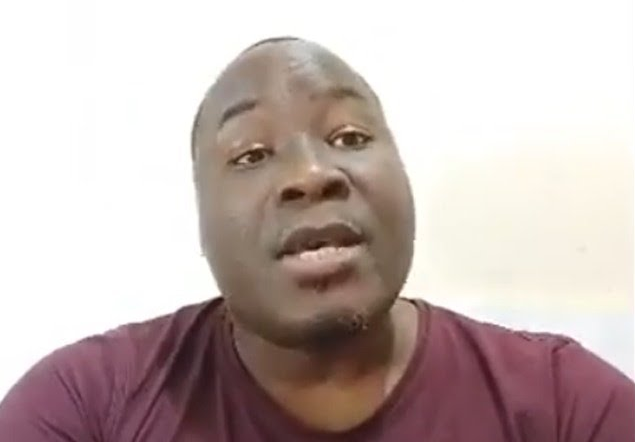 Fred Lumbuye, a renowned Ugandan blogger has been deported from Turkey and is being held at an unknown location in Uganda, URN has learnt. According to security sources, Lumbuye arrived in the country aboard Turkish Airlines, which touched down at Entebbe International Airport on Saturday at around 3 am.

He was held at the police station in the passenger terminal for two hours where he was interrogated and whisked off to Kampala. Multiple security sources say that Lumbuye was escorted by Turkish security operatives who took him through immigration and the police station for clearance.

"He was taken to the Turkish Embassy for further management and has now been handed over officially to the government," one of the sources says.

Okello Oryem, the Foreign Affairs State minister confirmed Lumbuye's deportation. He, however, denied claims that he was taken to the Turkish Embassy, saying that it wasn’t necessary since he was formally handed over to the government before deportation.

“Lumbuye is in the safe hands of the government,” he said. He, however, declined to reveal where he is being held for security purposes and not to attract crowds. Oryem also castigated journalists who were to the airport to witness Lumbuye's arrival.

He was responding to claims that officers from the elite Special Forces Command (SFC) had chased journalists from the entrance of the airport on Saturday morning.

Some airport workers that there was heavy deployment between 12 am to 9 am with strict access requirements at the main entrance of the airport. Oryem says that after interrogations, Lumbuye will be produced in the courts of law to answer charges.

Lumbuye, who has been living in Turkey, is in trouble for among others being the source of a rumour that dominated social media in July indicating that President Museveni was very ill and was admitted to a hospital in Germany. The following days he took his allegations to even another level when he announced that Museveni had actually died from the hospital where he had been taken.

Speaking a few days later, Museveni, said the country has got another challenge of social media, which needs to be dealt with urgently. He ordered security agencies to hunt down anybody who is trading rumours that he was dead and for those outside the country, their citizenship should be revoked.

Lumbuye’s associates say that he was arrested at the Ugandan Embassy in Istanbul where he had gone to renew his passport. On Friday, Charles Twine, the spokesperson of the Criminal Investigations Directorate (CID), said that the government had plans of going through known protocols to arrest all Ugandans using social media to tarnish the country’s image.