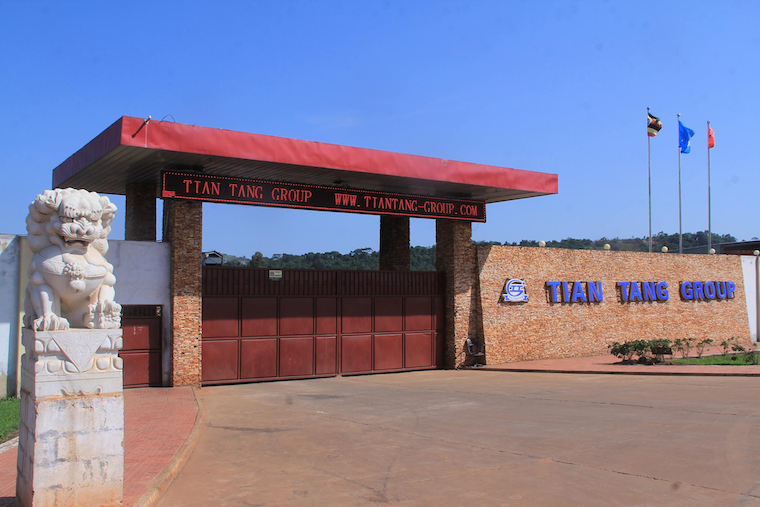 Tian Tang Group Limited has been sued by URC

URC accuses Tian of destroying 14 tons of railway materials recovered from the Chinese factory in Mbalala in Mukono district. Evidence before the court indicates that URC, which is in charge of maintaining all railway infrastructure, installations, locomotives and equipment on behalf of the Ugandan government faced the challenges of vandalism on a number of occasions.

“Following a tip-off and a court-sanctioned search of the defendant's/Tian Tang premises at Mbalala Mukono conducted by the Uganda police, 14 tons of the plaintiff's railway materials/equipment were recovered at the defendant's aforesaid premises and in a state where they were not re-usable, neither could they be reinstalled by the plaintiff thereby occasioning the plaintiff colossal financial loss,” reads the suit.

According to URC, Tian had converted some of the materials to different uses from the purpose for, which they ordinarily procured them.

"The plaintiff shall aver and contend that all of the said actions of the defendant were illegal, callous, criminal, detrimental to a public good railway works infrastructure, and in most material particular, the defendant facilitated vandalism of the plaintiff's railway installations/equipment/materials by providing a black market for the same reason of which the plaintiff shall propose to the court that the defendant be condemned to punitive damages", the suit adds.

URC argues that the actions of Tian amounted to an actionable conversion purposed to permanently dispose of it of its property.

Through their lawyers, Engoru, Mutebi Advocates, the applicants want the court to order Tian to pay Shs 11.4 billion for the replacement of the rail material and value as well as compensation, Shs 150 million as cos of reinstatement and Shs 400 million as cost of freight, insurance, procurement and other related costs.

Any individual, entity or company found in possession of material vandalazed and stolen from public infrastructure should have their property where such stolen infrastructure is found or is used, auctioned off.

Monies so realised should then go towards repaying for the vandalized infrastructure and also partly to reward whistle blowers who report such cases.

This is the only way poor countries like Uganda can protect public infrastructures which are set up mainly with loans that all Ugandans pay through blood and sweat.

Government should also revisit the strict control on importation of used vehicles which in many parts of the world turn out to be the main source of scrap metal instead of resorting to stealing public infrastructure.
Report to administrator
+1 #2 kabayekka 2021-07-23 11:26
It seems in Uganda the measure for better performance in work is to go to the courts of law!

One understands that there is a judicial section of reconciliation so that these dodgy Ugandan lawyers do not end up making money out of the misery!

Surely where was this loot stored under security so that this foreign company managed to break in and take so much equipment from that warehouse.

It is now over 50 years since the Uganda Railways stopped functioning. And much of what is being recovered as stolen property is scrape metal!
Report to administrator
0 #3 kabayekka 2021-07-23 11:56
Is it not that much of the lost materials was dismantled put safely somewhere, and then a buyer was found.

This being done with the direction of previous managers of this defunct Uganda Railways. One wants to advise the owners of Tian Tang not to get involved with the Ugandan dodgy lawyers who only want to make money from the misery.

They should at once request a reconciliation and demand a fee for having stored and saved these materials for this incompetent business organization.

One wants to advise the citizens of this country to avoid the NRM judicial courts which seem bent on seeing that justice is not served to very many innocent citizens of this country!
Report to administrator
+2 #4 Yumbe 2021-07-23 15:52
These Chinese are not at all people to bring near you. They are parasites and broad-day thieves.
Report to administrator
+1 #5 Kalibbala 2021-07-23 21:37
Failed State all along!

Police is manned by Criminals who can not even investigate a simple chicken theft but in Position to kill suspects before enacting information from them (Katumba Wamala assassination saga) Fires gutting Business premises and Now Slums where the Impoverished dwell!

All monies intended for the SGR ( Standard Gauge Railway) Swindled and All materials sold to Chinese! now here come Corrupt lawyers to squeeze the last Buck out of a Deal Gone Bad! Where is the Defunct Government!? Busy trying to survive itself!..
Report to administrator
0 #6 Kase 2021-07-24 23:31
Time has come for this pillage of public assets to stop. This is actually economic sabotage.

People who do this are actually waging economic war against the country and we should equally respond in kind. You have vandals destroying or stealing public property like street lights and solar batteries all sorts of cabling and power lines and towers.

I strongly believe there should be a new law against all sorts of economic saboteurs with death if convicted for those waging economic war against this poor country....enough is enough.
Report to administrator