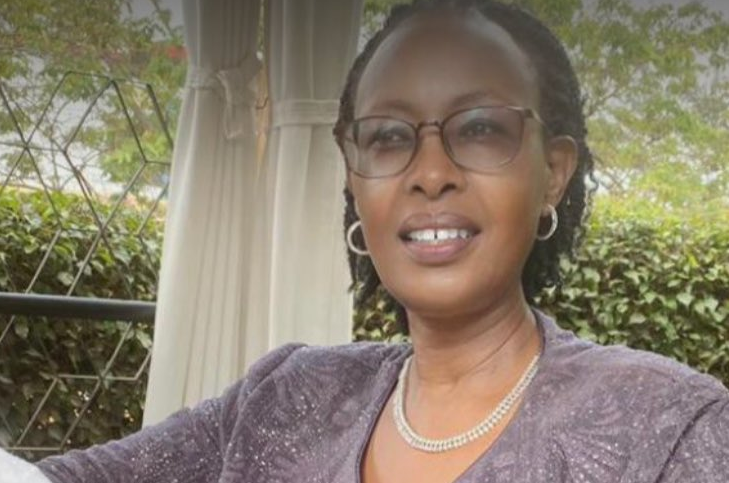 On June 16, Alice Kaboyo's appointment as minister of state in the Office of the Prime Minister for Luwero Triangle-Rwenzori Triangle was roundly rejected by majority of MPs on the appointments committee.

Twenty days later on July 6, that disapproving majority had dissipated Kaboyo’s appointment got an overwhelming eyebrow-raising nod of approval from majority of NRM MPs on the same committee.

The dramatic confirmation of Kaboyo on July 6 might appear sudden, but political insiders say, it was a high-level effort, which involved an invitation of the disapproving NRM MPs to State House and a presidential letter to the committee defending the appointment.

The confirmation was a 360-degree dramatic turnaround after the same committee rejected Kaboyo’s appointment leaning on her corruption conviction way back in 2012.

The appointments committee led by deputy speaker of parliament Anita Among almost unanimously rejected Kaboyo’s ministerial appointment on June 16, 2021, arguing that the law prohibits her from holding a public office before the expiry of 10 years.

In 2012, Kaboyo, then a State House employee, was accused of forging letters purportedly authored by then Principal Private Secretary to the President Amelia Kyambadde in order to defraud the state.

In the subsequent trial presided over by Anti-Corruption magistrate Irene Akankwatsa, Kaboyo pleaded guilty to abuse of office and forging documents to obtain money from the Global Alliance for Vaccines and Immunization. She was fined Shs 20 million or an eight-year prison sentence – she chose the latter. She was charged with former ministers of Health, Jim Muhwezi, Mike Mukula and Dr Alex Kamugisha.

Dogged by this history, the vetting committee thought she was unfit for a ministerial office. However, in a dramatic turn of events, Kaboyo, a cousin to First Lady and Minister of Education and Sports Janet Museveni, was vetted and confirmed as a minister, 20 days later. This shocked many anti-corruption activists who accused parliament of double standards.

“It is not yet 10 years, yet the law is very clear that you must take a minimum of 10 years (before holding a public office again) if you are convicted of an offence of abuse of office. Kaboyo has never appealed that decision... in fact; she admitted and confessed to the offence. That record has never changed,” said city lawyer Andrew Mumpenjje in an interview with Uganda Radio Network (URN).

“When you look at our Constitution, it is true that the president has executive authority under Article 99 but that article is clear. That authority must be exercised in line with the Constitution and the laws of Uganda. The laws of Uganda include the Anti-Corruption Act and it is the Act that makes it clear that a person like Kaboyo who was convicted of abuse of office, cannot be a minister,” Mumpenjje added.

Interviewed, Cissy Kagaba, the executive director of Anticorruption Coalition Uganda (ACU), said the approval of Kaboyo’s appointment was a mockery of the country’s fight against corruption.

“It’s a blatant abuse of the law and an embarrassment especially to the Appointments Committee, which initially had demonstrated that they were not going to confirm the person. This means that in that particular time, they were merely posturing to the public to show they were committed to upholding the issue of anti-corruption,” Kagaba said.

But what caused the NRM MPs’ turnaround. Before Kaboyo was approved on July 6, two off-the-record insider sources familiar with the matter, told this newspaper on July 2 that committee members would be cajoled to reconsider their decision.

Insider sources said that after Kaboyo was rejected, she started working her contacts to pile pressure on the first family to rein in parliament.

“There was a lot of quarreling in the family that Alice was always being thrown under the bus. Mama Janet first ignored these cries but the noise did not stop,” our source, who has direct knowledge of what happened, said.

The source added that on June 21, all the NRM MPs on the committee were invited to State House for tea and reorientation.

“When they were leaving, they were given something to help them deal with Covid-19 expenses. So, wait and see, the committee will sit and I can assure you, it’s going to approve Kaboyo as a minister,” the source said on July 2.

Four days later on July 6, Kaboyo was among the ministers vetted and confirmed by the committee. Another source said, the president followed up the State House meet- ing with a letter to deputy speaker Among, asking the vetting committee to reconsider its cancellation of Kaboyo’s appointment.

According to our source, the president said in his letter that Kaboyo had been convicted and she refunded the money after a plea bargain with the director of public prosecutions, DPP.

Secondly, the president said Kaboyo had apologized for her misdeeds and, therefore, rejection of her appointment would be double punishment. The source said it was on those grounds that Among subjected the matter to a vote. Twenty-two NRM MPs voted in favour of Kaboyo, four rejected and one member abstained.

Interviewed for this story, Mathias Mpuuga, the Leader of Opposition, who is also one of the four opposition members on the Appointments Committee, said he was also surprised by the NRM MPs’ dramatic change of heart.

“For the better part; most decisions of the committee are by consensus; rarely are votes taken. But on this particular matter, a vote was taken. Initially, we had agreed to reject her and when she was returned, we disagreed. A vote was taken and we lost it; there is not much we can do when you put up an argument to defend your decisions. When logic is lost, as a gentleman, you carry on,” Mpuuga said.

Asked whether he was aware that money changed hands especially in the NRM camp, Mpuuga said he couldn’t speak for them.

“Where I sit, that information that money was used to cajole anybody never came to our attention; but what I know, NRM members were spoken to individually. Whether they were given money, that is on their conscience. At least in the committee, we spoke our minds,” Mpuuga said.

We a not surprised by m7 corruption & nepotism
Quote | Report to administrator
+2 #2 Mubiru 2021-07-22 20:56
Tribal selection of a convicted thief to look after funds for Luwero is the same as putting hyena to be in charge of meat markets and meat distribution to public especially the poor.

In Uganda the legendary thieves are easily identified by the loudest noises they spout in condemning corruption.

She has been rewarded with a ministerial job. To save borrowing money Museveni must openly rule by decree and abolish all these bogus institutions which are now worse than useless.

Unluckily for the suffering unconnected institutions remain for the sole purpose of appeasing his poodles with men gobbling cows feet and carry beer filled bellies with trunk tree necks.