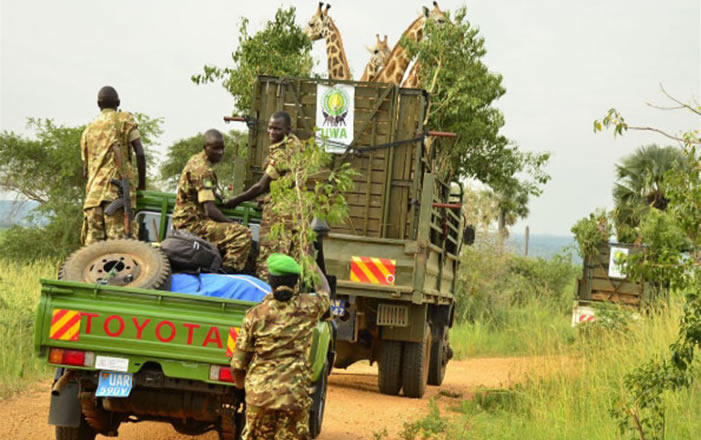 The ministry of Tourism, Wildlife and Antiquities has reported an impressive score in its sector’s implementation of the NRM Manifesto 2016-2021.

“Out of 17 commitments, 15 were significantly achieved and two partially achieved. We, therefore, rate ourselves at 92%,” reads its official presentation on Tuesday, May 4, 2021.

The presentation made by the minister Tom Butime was one of the four made on the first day of the Manifesto Week 2021 at the Office of the President auditorium, Kampala. The week’s events closed on May 11.

The report starts by rhetoricising and answering “Why tourism?” It states that tourism is making a significant contribution to Uganda’s Vision 2040 of transforming Uganda into a middle-income country; describes tourism as a unifying force, bringing together people of different nationalities, religions, regions and professions for tourism experience; and asserts that the rewards of tourism go far beyond revenue calculations.

Some of the economic benefits of tourism are employment – direct, indirect; foreign exchange earnings; government revenues; infrastructure and communications development; source of investment, opportunities and innovations; and facilities for local population. The social benefits include, but not limited to, gender equality and inclusiveness; control of rural-to-urban drift; promotion of ‘national values’; and promotion of sustainability.

Among the sector’s achievements across the five years, the report stated: Uganda Tourism Board (UTB) budget increased from Shs 10bn in 2015/16 to Shs 26bn in FY 2020/21; Government undertook market activations and deployed six Market Destination Representation (MDR) firms in the core markets UK & Ireland, China, Japan, North America, UAE, German-speaking countries (Germany, Austria, Switzerland); numbers of leisure visitors from the American market increased by 10% annually since 2016 until the outbreak of COVID-19 in 2020; and visitation to national parks and other selected tourist sites  increased by over 8.4% annually.

The Pearl of Africa destination brand has been developed and is soon to be unveiled. This will enhance destination Uganda’s visibility in domestic, regional and international markets.

The UHTTI is being upgraded with a new three-star training application hotel. Construction and equipping of two training labs (kitchens and restaurants) are near completion.

Government reviewed and improved the national tourism and hospitality curriculum to improve quality of training. Construction of instructional facilities and library is on course. Professional development of UHTTI staff is ongoing.

In this respect, Uganda Airlines has been revived and this has improved accessibility from the tourist source markets. There is improved convenience and reduced cost of air travel; and the number of visitors from the neighboring countries increased by 3.2% in 2019.

Government enacted the Wildlife Act, 2019 that provides for Penalties for Wildlife Crimes including curbing source of transit for illegal trade in wildlife products. Regulations on Revenue Sharing and Compensation have been completed and are awaiting gazettement.

There was recognizable wildlife population recovery. For example: 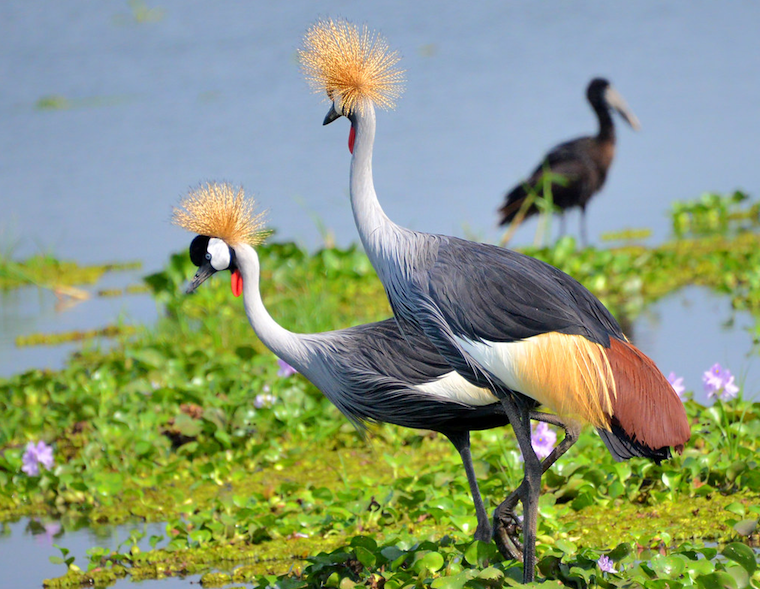 Ten companies were licensed to operate wildlife-related enterprises and are providing employment and foreign exchange to the country. Revenue sharing funds into communities amounted to Shs 22.4 billion over the last five years.

Seventy percent of targeted works are completed at the Namugongo-based shrines. A police station, a command centre, resuscitation center, washrooms, a two-in-one gate with an observational tower, a baggage scanner, lagoon, and the basilica are completed. Pavilions B and C  with conference facilities, washrooms, a parking yard, electrical works and pavilion seats, a presbytery and grottos, among others, are completed.

A 20-year Master Plan for development has been completed. A Strategic Environmental Assessment (SEA) is also completed. An implementation/action plan is completed. The implementation phase has commenced with solar security lights and signage installed.

The ministry installed a zip line at Kisizi falls with better trails and an information centre. Trails for Mt. Rwenzori were improves, eith resting points, ladders and a new trail (Bukulungu trail) was opened up to increase on mountaineering experience in the park. A total of 1,536km of trail network, 140km of tourism track and 597km of boardwalks were maintained in Protected Areas.

Wildlife was translocated to various parks and more gorillas groups were habituated. This exercise included:

In addition, coffee and sports tourism were promoted and launched as tourism products. A behind-the-scenes experience has been developed at Uganda Wildlife Education Centre (UWEC). The development of Kagulu Hills and Bishop Hannington sites in Busoga is ongoing.

A 12km-long and 150m-wide tea buffer is being created at Nkuringo to address community livelihoods and human-wildlife conflicts. Planting of 164km of Mauritius thorns along protected area boundaries and ensuring appropriate maintenance of all Mauritius thorn fences is ongoing.

Excavation of 125km of wildlife-deterrent trenches and maintaining another 409km of trenches is ongoing, and so is installation of over 2,000 beehives to deter elephants. The ministry also captured and translocated 69 crocodiles from various places in the country to national parks.

A sector working group was established with a subcommittee on media and crisis management to enhance media engagement. The media has been supported to undertake familiarization trips to various tourism sites to appreciate the potential as well as understand the risks of negative media on tourism. In order to reach out to more Ugandans, domestic tourism promotional videos were produced and aired through various media platforms.

UTB has embarked on promotion of the Pearl of Africa as a sports tourism destination through international media exposure. It appointed Joshua Cheptegei as a Sports Tourism Ambassador. Athletes who excel are recruited and or promoted within the Uganda Wildlife Authority ranger force.

A pier restaurant and beach have been established at UWEC. Animal exhibits/enclosures have been designed and constructed and old ones renovated at UWEC.

A boat was procured to support the tourism circuit in terms of visitor experience along the circuit. CCTV cameras and Radio Call system were installed to enhance security of tourists and animals at UWEC. Electric fencing of Ngamba Island Chimpanzee Sanctuary was supported.

The ministry and Buganda Kingdom have conceptualized the Buganda Cultural Heritage Circuit that will include the Lubiri, Kabaka's Lake and Kasubi Tombs. The development phase of this circuit was hampered by COVID-19 and will commence when resources become available.

The exclusion zones in Protected Areas were reduced and private investors encouraged to invest in tourism facilities in the parks. Since 2016, five concessions were renewed for various tourism activities. Eight new concessions were awarded and signed for accommodation development in Lake Mburo, Queen Elizabeth and Murchison Falls national parks. Contract negotiations are ongoing for concessions with nine companies for accommodation in protected areas.

The ministry reported some challenges, such as encroachment on conservation areas and cultural heritage sites; invasive species infestation of wildlife habitats due to climate change; human-wildlife conflicts due to recovery of wildlife populations and increase of human population; negative travel advisories due to disease outbreaks and isolated cases of lawlessness; limited financing due to competing national needs; and the COVID-19 pandemic which has hit the sector hardest, leading to heavy losses of revenue and jobs.