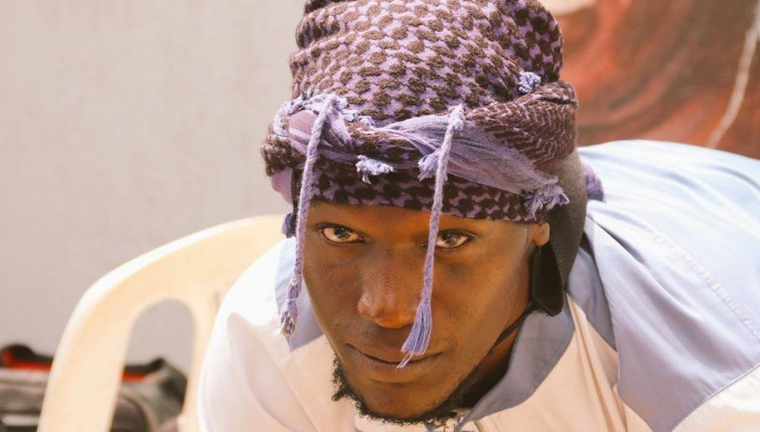 Apedel also a member of Bobi Wine's Firebase Entertainment Group crew was part of the soldiers' brigade, a wing that was responsible for providing security to NUP campaign teams in the recently concluded general elections.

He is also one of the few Firebase members who survived the Kalangala security swoop in which more than 90 members of the National Unity Platform (NUP) were arrested and subsequently charged.

His close friends say he went missing on Tuesday this week while on his way from work. Suddenly, his phones were off and he never made it home, according to his roommate in Kamuli Zone, Kireka. The search for him started instantly, until last evening when they received a phone call informing them that his body was in the city mortuary at Mulago.

According to Dr Joel Mirembe, the head of NUP's professional’s wing and emergency unit, Apedel was tortured to death, a statement he based on the record from the postmortem report. Apedel has been buried today afternoon.

Kampala Metropolitan deputy police spokesperson Luke Owoyesigyire said the investigations into the death are still ongoing to ascertain his actual cause of death and the circumstances under which he lost his life.

Last year during the presidential campaigns in December, Ssenteza Frank who was also a personal bodyguard to Kyagulanyi was knocked dead in Busega while Kyagulanyi’s motorcade made its way from Masaka to Kampala.

Our prayers to Bobi Wine & family , and to the family of Daniel.We have you in our prayers.
We are praying and shall not stop praying
RIP Daniel
Report to administrator
0 #12 Remase 2021-05-23 19:29
Kasede, you have quoted me right. I stated, fellow Ugandans, this could happen to anyone at any time.

That doesn't mean that it has not happened before or it didn't happen in the north, as you may have passived it. My dear Kasede, M7 has divided us enough.

I can't assist him in any way shape or form. We should all unit and stop thinking as people from the west, east, north, South or central. That's why M7 has a tight grip on power!

As you heard M7 after the bogus elections, he called the central and Busoga "sectarian" because they didn't vote for him. But you, who knows M7 better voted for M7. Olwanya even used it as the reason he should be the speaker, because almost 80/100 in the north voted for M7!
Report to administrator
+1 #13 Remase 2021-05-24 00:07
Paul M, M7 clearly knows whoever has killed our fellow Ugandans. M7 clearly knows that they are innocent!

Look at those who are tried in a court Mashal, yet they are civilians! M7 clearly knows who killed Yasin, BW's driver, what has he done.

I happened to know Yasin's wife, who was left with 2 children! The poor woman was left helpless. She is really struggling and she sent the children to Masaka to the grandparents! Killing innocent people is what M7 knows the most! As a sadist, M7 enjoys the pain their loved ones go through! It pains me to no end because, we are moving on as if nothing happened!
Report to administrator
-1 #14 Moon 2021-05-24 07:54
M7 has finished Ugandan already they plan to killed during their meals times and after meals get over you also bet finished.once day wen he die dis big ok of mine am keeping for futures valuability I will pray n slaughter to celebrates his death although it can't happened to celebrates somebody death I will do for him.

Many good friends was slaughter by M7. For the votes happened in North he pumped fake printed money to villagers to buy them nmany Mothers was devastated by poverty that s y dey deceived the I agreed with somebody their.
Report to administrator
0 #15 Apollo 2021-05-24 09:17
When Field Marshal Idi Amin Dada rounded up Langi and Acholi officers in 1971 and early 1972, only for them to never be seen again, nobody cared much until the 'disappearance' of Chief Justice Ben Kiwanuka.

It is a pattern that inevitably becomes apparent when a high official 'disappears' or his/her body is discovered covered with torture marks. It is the same pattern. Watch and wait.
Report to administrator
12