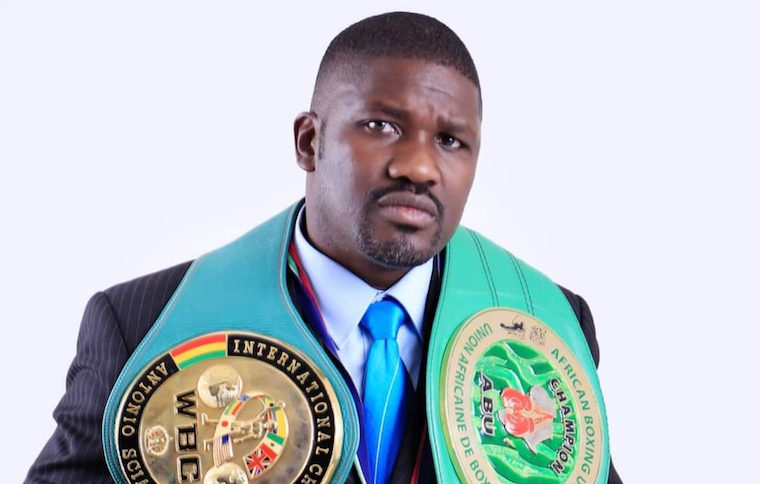 Former boxing champion and Forum for Democratic Change (FDC) activist, Justin Juuko, has blamed his dramatic arrest and detention by the military late last year on his relatives.

Juuko was arrested by plain-clothes security operatives on December 12, 2020, in Kyazanga. He was later transferred to Kampala and detained at Makindye barracks. He was subsequently charged with treason and illegal possession of arms before a military court.

The military court, however, dropped the charges and released him on December 31. While his arrest and detention coincided with the rampant countrywide abductions of opposition politicians in the run-up to the January 14 (2021) general elections, Juuko claims he has since established that he was set up by his family members.

Speaking to The Observer at the weekend, Juuko accused his paternal uncles; Apollo Juuko Kasiita and Enock Kisege of being behind his arrest. Incidentally, Juuko Kasiita is the resident district commissioner (RDC) of the central district of Lwengo in which Kyazanga is located.

Juuko says he has had a long-running dispute with Kasiita over control of family land and other properties in Masaka and Bukomansimbi districts. The contested property includes their ancestral homestead in Kagologolo, Bukomansimbi.

“He used his office to frame me because that’s the only way he could take all this (property) but the pressure from many Ugandans and my fans all over the world piled on government to release me. These people who use government offices to solve personal and family affairs give a bad image to our country,” Juuko said.

The 1990 Commonwealth Games champion, who has since returned to the United States of America after the January 14 elections, also accused Kasiita of trying to grab more land of his late aunt Georgina Nakabiito. When contacted on April 26, Kasiita declined to readily comment. He asked The Observer to look for him at a later date.

After 19 days in army custody, Juuko’s detention drew worldwide attention, with several sports and political leaders calling for his release. When the Chief of Defence Forces, Gen David Muhoozi intervened, the charges against Juuko were dropped by the General Court Martial.

Juuko was arrested with Garrypaul Mayanja, one of FDC’s youth leaders in Kyazanga area. The army indicated in its charge sheet that Juuko was found training and mobilising youth from Kyengera, Kamengo, Lukaya, Masaka, Kyabakuza and Lyantonde “on how to use martial arts, small arms (pistol and SMG) and catapults against Ugandans after the January 14,
2021 elections.”

In his first media briefing after his release, Juuko dismissed all the accusations, saying he had never held a pistol or a bullet in life. Juuko, 48, is well known as one of the boxers, who flew Uganda’s flag high in international boxing.

He won 45 of them, 30 by knock-out, lost 12 and drew one. He joined active politics in the mid-2000s, and twice contested for Bukoto East parliamentary seat in the 2006 and 2011 general elections on FDC ticket. He lost on both attempts to Alintuma Nsambu (NRM) and DP’s Florence
Namayamja respectively.

He did not contest in the recent elections after relocating to the US but was in the country to campaign for FDC candidates in his native Greater Masaka regions before the January 14 poll.

As a christian i believe the COU owes Bishop Ntagali an apology for mishandling his adultery case. Two adults having an affair is not a crime and these are cases handled by Priests in catholic church on a daily basis and nobody hears about them Jesus said "Atakikolangako yaba akwata enjinja okumukuba" they all run away including priests.

Archbishop Kazimba fell into the mafia trap not knowing that the devil is targeting the church. The Bishop needs to know that some mafias are putting on corals at Nakasero, they forced Bishop Orombi to resign before his term and are now after the Man of GOD, simply because he told President Museveni the truth that nobody is taking the Church House as it had been published in media on Martyrs Day.

Having been convinced the President asked Ntagali how much money the Bank needed to bail out the Church Project and Ntagali told him the truth that NOT a single Coin. That is why he is being targeted
Report to administrator
+1 #2 Mpeirirwe simpson 2021-04-29 12:33
failed society
Report to administrator
-1 #3 flamG 2021-04-29 22:52
Gov't should give back the country to its real owners. The real owners are grassing in poverty.

Without this done, all Ugandans still hold the curse forever.

Refer to your history with keen interest to understand not the to pass exams as it is or used to be for many. All answers to redeem your country lie in your history.
Report to administrator
+1 #4 Lakwena 2021-04-30 09:21
In other words, including our "Problem of Africa", Gen Tibuhaburwa Christians, Muslims or Atheists, the Juuko Kasiita and all the RDC of this country, should be reminded that:

Thou shall not bear false witness against thy neighbor nor nephew", and

Thou shall not covet thy neighbors' land, wife, chicken, goat, nigiina or Gomesi.
Report to administrator