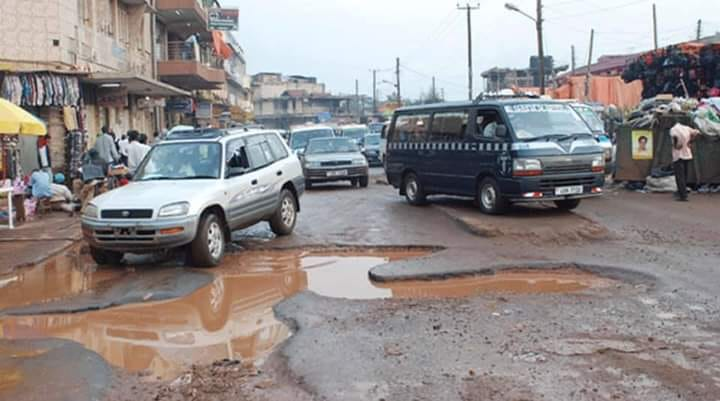 KCCA has earmarked Shs 9bn to fix potholes in the city

Kampala Capital City Authority (KCCA) has set aside at least Shs 9 billion to patch potholes dotting nearly all city roads. The money comes from the Authority budget for 2020/2021 for infrastructure works in Kampala which includes road construction.

The minister for Kampala Betty Amongi told journalists at the Uganda Media Center today Wednesday that they sought permission from the ministry of Finance to have all the money meant for infrastructural works in the fourth quarter from April to June 2021 dedicated to emergency road repairs at key points and sections over the next two weeks.

Amongi says they have lined up 38 roads, eight in Lubaga Division, five in Nakawa, eight in Makindye, eight in Kawempe and nine roads in Central Division to be worked on. Amongi says the move is intended to provide emergency relief following a public outcry over potholes on city roads, which affects traffic flow and the safety of road users.

"This money we have brought is money within KCCA. While some were for roads, some were for different road purposes but we have brought all together to handle the emergence potholes. See, within the infrastructure, there is maybe road maintenance, road construction, drainage and we decided that we ask finance to allow us all the money under roads for 4th quarter for patching the potholes. That is money which was supposed to handle overall infrastructure but we have now refocussed it to pothole handling," Amongi said.

Although KCCA plans to patch potholes, the method has been criticized as potholes re-emerge shortly after the repair works. Experts and KCCA itself have pointed to the fact that the roads are too old and need total reconstruction. But Amongi says they can only do much right now as they seek more permanent solutions.

She says the president has directed KCCA to prepare a comprehensive plan for revamping the city infrastructure through a long-term financing model. Amongi says they are working on a cabinet memo to be presented before Cabinet for adoption.

Currently, Kampala has a road network of 2,100km of which only 642km is paved. Amongi says the plan shall look at the KCCA infrastructure plan and state of roads so as to come up with a clear long-term funding plan.

Amongi says the Shs 9 billion shall also be used on drainage system works, which shall include construction of box culverts at areas prone to flooding. The Authority receives Shs 26 billion from the road fund for road maintenance.

Much of its budget for infrastructural development is donor-funded with ongoing major road works implemented under the Kampala Institutional Infrastructure Development Project KIIDP II. The Authority also plans to construct 68km of roads with financing from the African Development Bank (ADB).

37. Sir Apollo From Bakery Road To Makerere Hill Road and,

The reconstruction takes place during every night on every 3 to 4 miles of tarmac road. And that road is completely closed up after giving a warning to all the residents living on that road that single night!

Much of all the equipment, labour and inputs are assembled on that very place for the night to work as fast as possible so that by morning the job has been done and left alone!
Report to administrator