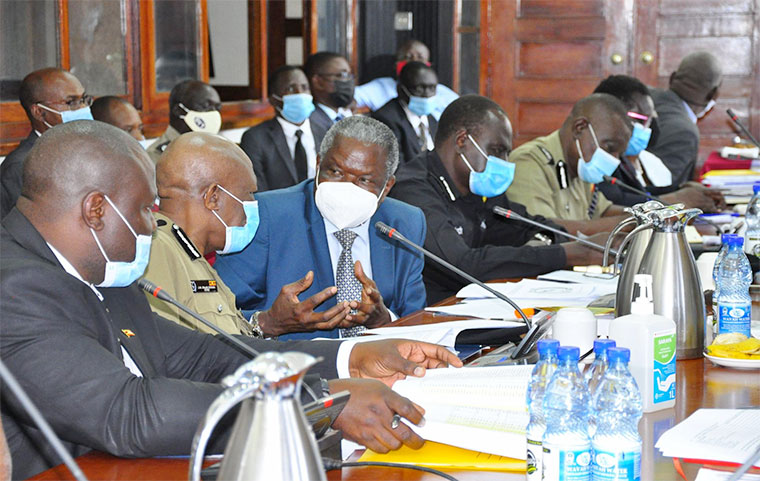 The Inspector General of Police (IGP) Martins Okoth Ochola has backtracked on his statements in which he appeared to endorse police brutality against journalists.

Ochola, early this year, at a joint security press briefing said that police would continue beating journalists for their own safety.

"On the contrary, it is the media targeting security. It is portraying security as brutal and siding with the government. When we tell a journalist, don't go there and you insist on going where there is danger, we shall beat you for your own safety. I have no apology," Ochola said then.

At the time, several journalists had sustained injuries from the campaign trail where they were hit with batons, rubber bullets and teargas canisters, in what appeared to be a direct attack against media practitioners. Today, he admitted to making the statement but said it was a joke taken out of context.

However, journalists have said that Ochola’s statement was a green flag to the men in uniform to mercilessly descend on journalists, many of whom are now nursing injuries. The latest attack was against a team of journalists who were covering former presidential candidate Robert Kyagulanyi as he delivered a petition to the United Nations Office of the High Commissioner for Human Rights in Kampala.

When he appeared before the parliamentary Defence committee this afternoon Ochola was tasked to justify the statement he made to this effect. Gilbert Olanya, the Kilak South MP said that the statement sent police personnel on a rampage and opened another wave of brutality against another unarmed and nonconfrontational group in the line of duty.

However, Ochola told the committee that the matter was blown out of proportion. He also boasted that he has an outstanding record on upholding human rights and the rule of law, adding that the infamous attack at the offices of the UN Human rights offices was never orchestrated by the police.

"What I said was intended as a joke, I make a lot of jokes but it turned out that it was taken out context because that is wrong. I do not condone any police officer committing a criminal offence. First of all, my record on handling human rights issues is well known when I was appointed in 2018, the first thing I did was to close that venue [Nalufenya] to address the human rights issues," Ochola said.

Let the law that forces the police individuals who beat up people to start paying for the victims compensation.

It is unfair for the taxpayer to be paying highly for such IGP duty jokes to the public.

But Kabayekka, what you are suggesting is like the KCCA ROADSIDE SIGN "NO GARBAGE DUMPING: FINE SHS.200,000!

The people who dump garbage in the wrong places are the ones who can't even afford a Shs.10,000 fine.

In other words, where on earth will a SPC (Stupid Police Constable) who thrusts a Journalist, but earns Shs.350,000 per month get e.g. Shs.200 million to compensate a journalist's medical bills and damaged cameras and/or computer?
Report to administrator
+1 #13 Prince Ndaula 2021-04-10 21:50
Lakwena, Maybe this will make police officers think twice before unleashing their their wrath on Wanachi.
Report to administrator
12