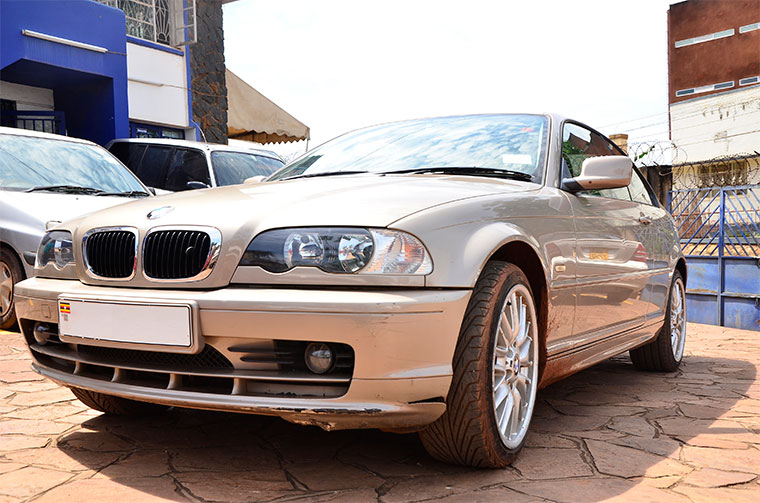 The ministry of Finance has proposed an annual license fee of Shs 200,000 for all car owners as part of the revenue sources to fund the FY 2021/2022 budget.

State minister of Finance David Bahati, says that the move is intended to streamline the transport sector by getting rid of illegitimate cars and raising money for the maintenance of roads across the country. According to the breakdown, car owners will pay Shs 200,000 while motorcycle owners will pay Shs 50,000 annually.

Bahati was today defending the new tax bills before the parliament's finance committee chaired by Henry Musasizi. If passed, the proposal will come into effect on July 1, 2021. It is embedded in the Traffic and Road Safety Act (Amendment) Bill, 2021 which seeks to impose a license to permit ownership of a motor vehicle, trailer or engineering plant.

This implies that to use the vehicles on the road, one will need a road license, issued differently from the driver's license. Anyone who fails to pay for the road licence could be jailed for two years, pay a fine of Shs 2 million or suffer both imprisonment and fine. Bahati told the committee that if this license is introduced, the country will have roadworthy vehicles and at the same time, the government will get funds to maintain the roads.

"It further proposes to provide for an annual fee to be paid by every person who owns or possess a motor vehicle, trailer or engineering plant or uses it on the road on or before the 31st of January of every year as may be prescribed by the minister…We think if we introduce this, we shall have roadworthy vehicles on the road and at the same time try to generate revenue to maintain our roads." said Bahati.

Nandala Mafabi, the Budadiri West MP wondered why the government backtracked from its previous plans of imposing taxes on fuel yet the car license fees was earlier scrapped because it was hard to implement. He says this could increase the rate of corruption where motorists would be paying less money to the officers so as to obtain the licences.

Committee chairperson Musasizi asked why the government insists on imposing direct taxes that are hard to implement and also questioned how owners of vehicles parked at home will be charged yet their cars are not on road. The government has projected to raise revenue to a tune of Shs 22.408 trillion with tax measures alone raising Shs 400.93 billion for the financial year 2020/21.

Instead it is bent on taxing the system of any available public transport left, right, and center.
Report to administrator
+3 #12 smusumba 2021-04-08 12:30
The so-called parasites pay an environmental tax of 30% to enable the Asians to destroy the environment especially on Bombo road, to pour toxins in lake victoria, to destroy our forests and fertile land with sugarcane growing. To mine sand in Lwera, We thank you very much!

The parasites will continue to pay for the bloated politicians!. Thanks, Mr.Bahati for loving the parasites.

Your compensation list of companies to be refunded by the South Sudan government clearly indicated that business in South Sudan is done by people from only one part of the country!
Report to administrator
+1 #13 Amooti 2021-04-08 13:02
This money of Annual Road tax is already on fuel
This was implemented when Road tax was abolished

Before the Road tax bill is passed, the amount put On the liter of fuel must be reversed, please Members Of Parliament do not pass that bill before you reverse
Tax for Road tax on fuel.
Report to administrator
+1 #14 Godfrey M.K 2021-04-08 15:34
They should stop burdening us poor mortals who are already overburdened with little earnings, too much taxes of fuel, very bad roads, over the top corruption, high taxes on essential groceries and goods etc, etc.

The so-called parasites pay an environmental tax of 30% to enable the Asians to destroy the environment especially on Bombo road, to pour toxins in lake victoria, to destroy our forests and fertile land with sugarcane growing. To mine sand in Lwera, We thank you very much!

They are looking to offload their over population, they will destroy and loot all African resources in few years.

They are already doing that in Zambia. Meanwhile African dictayors carrying their empty heads beliving that China is a great collaborator
Report to administrator
+1 #16 Paddy Musana 2021-04-08 16:15
Should Mr. David Bahati be reading anything on this page, I pray that Govt rethinks its tax regimes.

While taxes are very good for national development, they should be reasonable and within means to pay.

It hurts nationals to groan under tax burdens, and we know Who listens to these groaning. If he is not reading it, kindly bring him to his awareness. We already groan and we know who is taking the milk from the lean cows!
Report to administrator
+2 #17 Akao 2021-04-08 16:18
[quote name="smusumba"]The so-called parasites pay an environmental tax of 30% to enable the Asians to destroy the environment especially on Bombo road, to pour toxins in lake victoria, to destroy our forests and fertile land with sugarcane growing. To mine sand in Lwera, We thank you /quote]

The only way that the Asians should be allowed to set bussines in Africa is through renting infrastructures that are owned by Africans.

Respecting the enviromental laws and human rights by not using Africans to be their slaves which they are already doing in a country like Zambia.

Its digusting that the govrt give free land to foreigners and tax the citizens to bones. Land should never be given to any foreigners unless its for rwsidential plot
Report to administrator
+1 #18 Lakwena 2021-04-09 12:08
Quoting Paddy Musana:

Should Mr. David Bahati be reading anything on this page, I pray that Govt rethinks its tax regimes. ...

But Paddy Musana, Mr. Bahati is a cold-blooded, double tongue, hissing and slithering reptile of Biblical proportion. He does not give a damn to whatever financial difficulties Ugandans are going through, and/or will go through as long as he is in control of the financial manipulation of our State House.

In other words, the Bahati of this country are having a 24/7 free ride on our broken backs; in free, luxury cars, fueled and serviced by me and you.

While the few beasts of burden who pay for Bahati's luxury drive rickety jalopies from Nagoya Junk Yards, and on empty fuel tanks, with one eye on the road and the other on the fuel gauge; with disdain and audacity the heartless Bahati of this country chase us off the road into the mud and mire of potholes.
Report to administrator
12