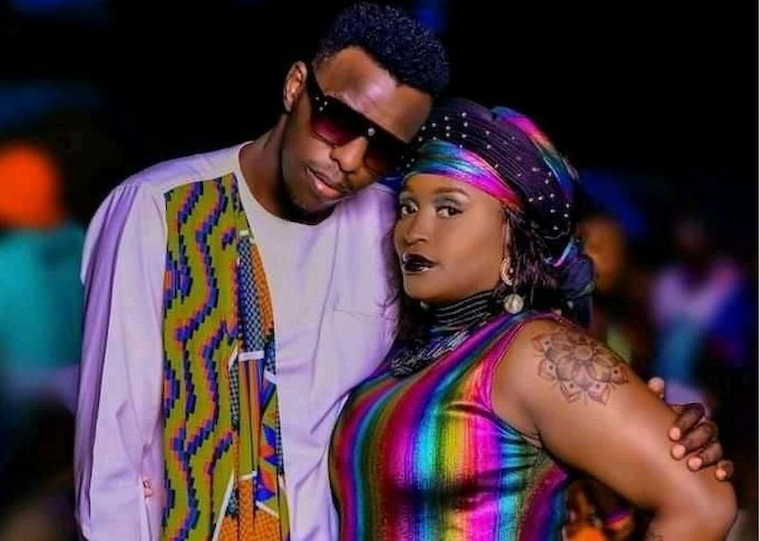 Telecommunications giant MTN Uganda has been dragged to court over the alleged sale of “Kwata Esimu” song, which belongs to Winnie Nwagi and Mubarak Adams Mandela alias Free Boy as a caller tune.

Viva Entertainment Limited in its suit before the Civil Division of High court on behalf of the two music artists claims to have written, produced, published and invested money in the song.

Viva wants court to declare that the sale of Kwata Esimu as a caller tune to the public without authorization or its consent amounts to an infringement of their copyright and unjust enrichment. The firm contends that despite the popularity of the song, it hasn’t been performed on stage because of the government ban on concerts as part of the measures to curb the spread of the COVID-19 virus.

Adding that, “The popularity of the song was so immense it triggered dance challenges locally and abroad from fans dubbed ‘Kwata Esimu challenge’ which was a statement to the song's popularity.”

Through their lawyers of Katende, Ssempebwa and Company Advocates, Viva contends that they had intentions of commercializing the said musical work through exclusive licensing of its use to various corporate entities in Uganda and abroad.

They however, contend that MTN which provides caller tunes to customers at Shs 700 monthly, went ahead to use the song without their consent. Viva now says it is entitled to payment in form of royalties from MTN out of the proceeds from the unlawful sale of their song to the public since 2019.

The company states that due to the said actions, it has suffered anguish and therefore should be compensated with Shs 175 million. They are also seeking a permanent order restraining MTN from the continued illegal sale of their music and to be given 100 per cent royalties as well as costs of the suit. MTN Uganda spokesperson, Rhonah Arinaitwe declined to comment since the matter is already before the court.

The Civil Division registrar, Jameson Karemani has summoned MTN to file their defense within 15 days before the case is fixed for hearing.

This is not the first time MTN is being sued on matters related to caller tunes. In 2012, the late Kampala lord mayor, Nasser Ssebagala sued MTN and SMS Media Limited accusing them of using his speeches and addresses as ringtones and caller tunes without his consent.

He demanded that MTN and SMS Media compensate him for infringing on his copyright. But in 2015, the then High court judge, Christopher Izama Madrama dismissed the petition on grounds that Ssebagala did not have a copyright that was infringed on by the companies.

He reasoned that his speeches were publicly broadcast in Uganda as the current news of public and political events and besides, he was a ministerial nominee.

The rainbow was used as a sign by the creator.
Report to administrator
-1 #3 WADADA rogers 2021-02-26 20:11
These telecom companies charge as much as Ug.sh.700 per song per month but i suspected they dont remit this money to the beneficiaries.

It is the price we pay for having weak copy right laws
Report to administrator
+1 #4 Wooden K. 2021-02-26 22:52
Mary , maybe I should have said that when I saw the photo above, I thought that Nwagi is the one getting sued for raiding a lesbian`s wardrobe.

How the rainbow become a flag , I could do with a lot of education on that one.

All I know is that in Buganda , the mythology has it that when the rainbow ( Musoke) is seen in the sky , its a bad sign , a warning that something is or has gone wrong.

Nwangi should be sued for confusing the public by posing with a man while wearing lesbian flag.

Both of them wear the same colors.
Report to administrator
-1 #6 Tigo 2021-02-27 08:02
The telecom companies get these songs from the content provider (Another company).

In this situation, Nwagi needs to contact the content provider on how they got permission to sell her tune to the telcos.