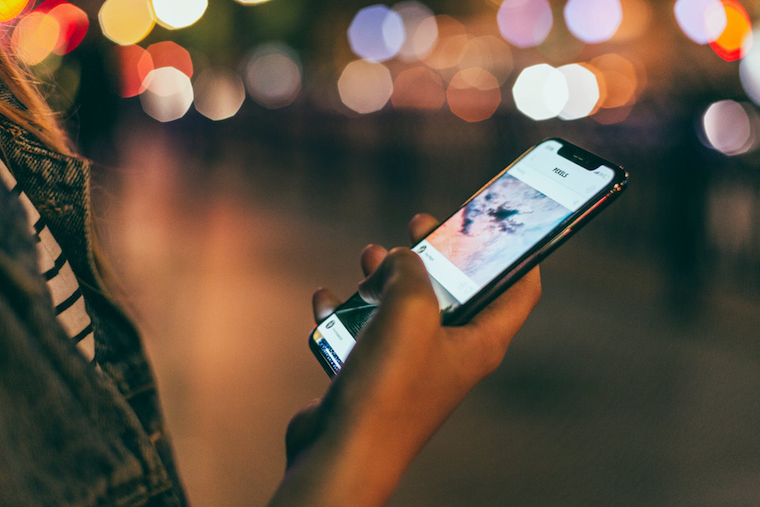 Journalists, editors, and founders of the websites were also included in the large network that Facebook linked to the ministry of Information and Communications Technology’s (ICT) Government Citizen Interaction Centre (GCIC).

In total, the corresponding Facebook pages of the seven websites had over 119,000 total followers. Two of the linked websites, gorillanationug.com and pfu.co.ug, were inaccessible. Five of the other websites — The Niles Wires, ChimpReports, Kampala Times, Kampala Post, and The Ugandan — presented themselves as news websites.

Opinion pieces that were vehemently anti-opposition leader Bobi Wine were also lifted, without attribution, from reputable news websites and packaged as breaking news.

At least three of the websites either directly copied content from NRM sources, or slightly reworded the same content. A 2018 article about the illegal wildlife trade in Uganda published to Nile Wires was originally posted by the Ugandan State House news, then by Museveni’s official website before being passed off as original reporting.

Similarly, a January 2021 article posted to Kampala Post was a rewording of a media post to the National Resistance Movement website, using the same image posted by the NRM. The text of an article posted to the NRM website in February 2021 was also copied and pasted verbatim to The Ugandan, with only a difference in headlines reflected over the two websites.

The Ugandan website was originally registered by Dixon Kagurusi Ampumuza, an aspiring NRM politician. Ampumuza campaigned to be a member of parliament in both 2016 and 2021. Ampumuza’s profile as well as three groups used to promote his political career were removed by Facebook for engaging in coordinated inauthentic behaviour.

Although the website was registered in 2013, its earliest articles date back to May 2017. Written by a user called Dixon Kagurusi, these early articles were news-focused and did not appear biased toward the NRM. Later articles focused more on Museveni and were copied from the NRM website. Like The Ugandan, Kampala Post also published pro-Museveni content as
“news.”

On January 2, 2021, the website went one step further and posted anti-Bobi Wine disinformation as national news. The article, titled “50% of Social Media Accounts That Follow Bobi Wine Are Fake — Cyber Report,” claimed that an unnamed U.S. cybersecurity company hired by the Ugandan Intelligence Services provided an “Open Source Intelligence Report” alleging that half of Wine’s social media followers were fake.

“JORDAN” tagged Kampala Post in the screenshot and frequently tagged ChimpReports as well as the network the DFRLab previously identified as spreading disinformation about Bobi Wine in posts. Kampala Post also presented opinion pieces written by pro-Museveni columnists originally posted to legitimate news web-sites as news, rather than explicitly tagging them as opinion pieces.

A WHOIS search indicated the registrant of the website to be named “Olara” and the contact number to be the same as the contact number listed on the Kampala Post website. A search for the cellphone number showed it belonged to “Olara Lamara.”

Since the DFRLab first published its investigation into the connection between GCIC and the network removed for government interference, the Lamara Twitter account changed its bio, removing the claims Lamara worked for the ICT ministry and Kampala Post.

The websites associated with the removed Facebook assets not only copied content directly from pro-Museveni and government sources, they also stole news stories from legitimate news websites.

For example, stories from The Independent and Daily Monitor were frequently copied verbatim without accreditation. Some of the bylines associated with stories posted to the websites were also shared among them. Nicholas Asingwire, who is listed as the business editor of Kampala Post, worked for ChimpReports until April 2018.

Although Asingwire is one of the most prominent writers working for Kampala Post, he is also listed as “user 39” in the website’s source code and frequently uploads content written by other authors. Nicholas Asingwire wrote articles for Kampala Post while also seemingly uploading content written by different authors, in this case an account named Frank R Kasoroza. (Source: Kampala Times/archive) While Asingwire seemed to have primarily worked as a reporter for ChimpReports, he appeared to be more actively involved in operating the Kampala Post website.

The DFRLab previously reported on another ChimpReports writer, Dickens H. Okello, who was similarly involved in the website named Kampala Times.

The URL for the Kampala Times’ user number 2, who uploaded much of the content found on the site, was “Dickson Okello,” despite the author being listed is “Ritah Nakamya.” Although there was no reference to Nicholas Asingwire in the list of removed profiles, Dickens Okello’s Facebook account was taken down on January 8.

His ChimpReports articles were also shared by a significant number of the profiles included in the takedown, as well as the Kampala Times Facebook page. Okello’s Twitter account was involved in a small network within the larger coordinated network that worked to promote Museveni and his supporters.

The accounts, including the Twitter account for Kampala Times, quoted Museveni’s tweets within minutes of each other using the same text, emojis, and hashtags.

The oldest asset removed in the take-down was the Facebook page associated with a 10-year-old website named ChimpReports, as well as a Facebook page dedicated to the website’s founder and editor-in-chief Giles Muhame. Muhame gained infamy in 2010 after his tabloid Rolling Stone — no relation to the U.S. magazine — published an article outing gay men and calling for them to be hanged.

Months after the article was published with his face on the front page, prominent Ugandan gay rights advocate David Kato was beaten to death. Although Rolling Stone only lasted a few months, Muhame’s subsequent creation, ChimpReports, flourished.

Before it was removed, the Facebook page associated with the website had over 85,000 followers. It was also the only page that had a page manager located outside of Uganda, with one manager in Pakistan and two based in Uganda.

Muhame, ChimpReports writer Dickens Okello, and three other ChimpReports employees were all sued by businessman Sudhir Ruparelia for defamation. Court documents indicated that the five respondents jointly operated and managed the ChimpReports website. On February 15, 2020, the case was dismissed with costs.

Articles about Museveni and the NRM uploaded to the ChimpReports website were the most commonly spread throughout the network of Facebook assets that engaged in coordinated inauthentic behaviour.

ChimpReports articles were also amplified by two public relations firms included in the network, as well as politicians, government employees, and other news outlets. ChimpReports, as the oldest, most popular website with the largest number of writers, did not appear to copy content directly from other news outlets or NRM sources.

Outwardly, it appeared to be the most legitimate website, with a functional About page, coherent grammar and spelling, and publicized partnerships with other companies.

The involvement of Muhame’s page, his website’s Facebook page, and journalists associated with ChimpReports in a network taken down by Facebook for attempting to influence public debate ahead of Uganda’s presidential election brings into question the reputability of the decade-old website.

Although the websites presented themselves as news sources, some of them stole content from pro-NRM websites and lifted news stories from legitimate outlets to make them appear more authentic. While the Facebook pages associated with the websites were taken down for engaging in coordinated inauthentic behaviour, five of the seven websites were still online at the time of publishing.

Despite their outward appearances of authenticity and legitimacy, their inclusion in the network shows that bad actors used both social media and more traditional media to influence the Ugandan election.

ChimpReports has however dismissed the claims as falsehoods, unfounded and malicious, saying they have never had a Pakistani run their social media pages.

“They have been writing and spreading falsehoods about us for some time to account for foreign funding. We are considering legal action against that Lab. We are not responsible for how people out there use our stories.” said Muhame.

On the death of Kato, Muhame quotes speaker Rebecca Kadaga at the 127th Inter-Parliamentary Union (IPU) Assembly in Quebec, Canada, who detached his death from the persecution of homosexuals, saying that Kato had contracted to pay some money to be his lover in order to have sex with him and when Kato failed to pay, he was beaten to death. The suspect was found guilty by courts of law and is now still serving the sentence.

0 #1 Ptrmkasa 2021-02-24 05:39
Now do a follow up on similar pages and sires suvh as Ghettotv, Informer.ug, Ekyooto and others tgat present as genuine newsites yet in reality, they are NUP run propaganda channels.
Quote | Report to administrator
0 #2 kabayekka 2021-02-24 16:40
Indeed this is the sort of international media debate that has got to be sorted out in African culture.

That sort of an African editorial mentality which aspires to have only one bull in a kraal.

And where in a multiparty democracy in Uganda, the NRM as the single bull, continues to win democratic elections and rule the majority cows during every other national election.
Quote | Report to administrator
Refresh comments list
RSS feed for comments to this post
Add comment