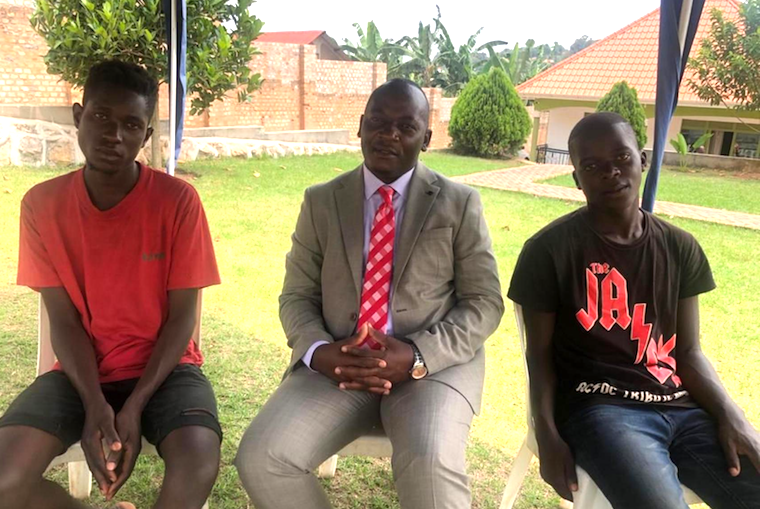 On top of the excruciating beatings, recently released opposition National Unity Platform supporters have said that they were fed on rotting food during detention.

The political contest ahead of the January 2021 general election was preceded by reports of covert security operations in which scores of people from different parts of the country went missing after they were reportedly abducted by armed groups driving in numberless vehicles.

President Yoweri Museveni last week said the arrests were carried out by military commandos who were going after elements he called terrorists planning anarchy in the country. A number of them who have since returned home, describing their detention as a nightmare crafted in both physical and emotional torture.

Steven Mwanje, a resident of Nabuti cell in Mukono Municipality says he was detained for two weeks, before being dumped in the shrubs of Kyesiiga sub-county in Masaka district on Saturday. Mwanje noted that he was arrested alongside two colleagues, by armed men who said they were looking for direction to the home of one of the local leaders in Mukono municipality.

He says their captors bundled them in a waiting van, inside which they were allegedly injected with unknown fluids before they were dropped inside a filthy detention facility in an unknown place where they met several other detainees.

"They first came to us asking for directions of the councillor. We told them we did not know where the councillor’s home as much as his campaign posters. Then they left but came back shortly after with the drone and told us even if we don’t know the home of the councillor, we should go with them to police and make a statement. We innocently obliged and entered a black van. When we started making noise they injected us with a drowsing substance and lost all consciousness," Mwanje said.

Besides the physical beatings that left him with visible gruesome scars on his body, Mwanje adds that one of his worst experiences was being forced to eat rotting food. He alleges that insides the different detentions facilities he has been to before he was dumped, he interfaced with several other people who he says were also arrested and tortured in a similar manner.

"When we regained consciousness, we found ourselves in a room surrounded by several other youths. They asked us why we’d been arrested. They told us we too had been kidnapped. Every two hours they would inject us with substances and we were forced to eat rotting food. I pray they release the rest of the other youths still in detention. It is a nasty experience in there. I don’t know if I will be arrested again or not," Mwanje added.

Shafik Kalungi, 19, another victim of the alleged abduction narrates that they were blindfolded at night, driven for longer hours to unknown destinations before they were eventually dumped in thickets; a place they later learnt was in Masaka district.

"They hit me with a gun butt on the shoulder and told me not to resist the kidnap else it would get worse. They forcefully injected me on the hand with some substance I don't know which made me lose consciousness...They would bring us rotten food - mouldy posho and sweet potatoes - not fit for human consumption. But they forced us to eat it," said Kalungi.

Innocent Kateregga, one of the local coordinators of the NUP in greater Masaka region, says that the victims are part of the long list of opposition activists that went missing after they were abducted by security operatives. He indicates that despite the reappearance of some of their colleagues, many opposition activists are still fearing for their lives to the extent of some fleeing their homes.

Meanwhile, Mathias Mpuuga Nsamba, the Masaka Municipality MP and NUP deputy president in charge of Central region say they are working on modalities of transporting the victims back to their homes and well as providing them with psychosocial support.

Muhammad Nsubuga, the greater Masaka regional police spokesperson noted that they are yet to register any related incidents, calling upon the victims to reach out to police and open up a file with police, such that investigations are conducted.

At least half of them died less than six months after leaving illegal military detention. It is possible that these recent abductions and detention may not break from the pattern.
Quote | Report to administrator
+1 #3 Falconer Mkokoten 2021-02-16 23:12
Quoting WADADA rogers:

I believe in revenge, take heart NUP supporters, one day we shall force these guys to feed on pig dung, it is just a matter of time, all this will be history

It's a question of time, they may sooner or later start feeding through the tubes that they use to....shyte. Insallah. Allah is quietly watching.
Quote | Report to administrator
0 #4 Wante Martino 2021-02-19 10:19
What you are not telling Ugandans is why ait was you out of millions Ugandans who were arrested, the security is using Camera photos of what you did before arrest, which even Mpuuga does not tell!
Quote | Report to administrator
Refresh comments list
RSS feed for comments to this post
Add comment