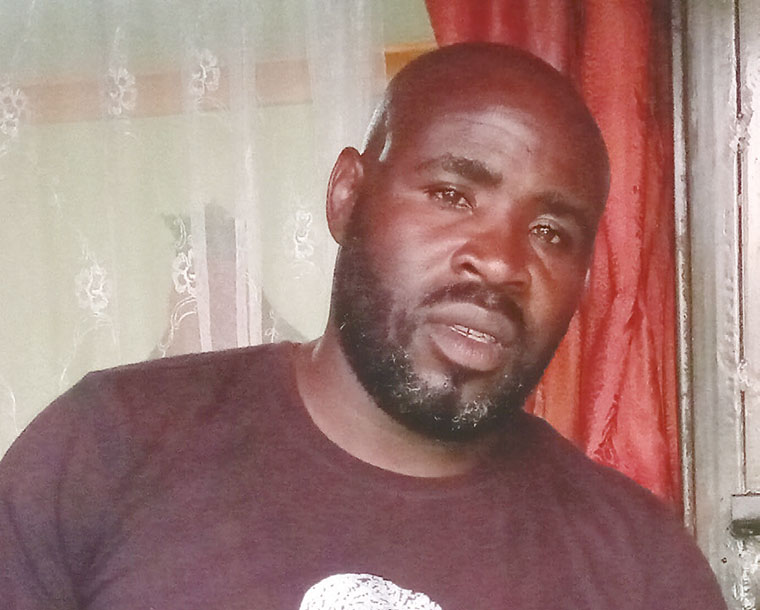 In towns, cities and villages, young men are disappearing, especially known supporters of the opposition National Unity Platform led by Robert Kyagulanyi Ssentamu, the fiercest challenger to President Museveni and runner-up in the January 14 general election.

Grim accounts are emerging from relatives, friends and former abductees about the unexplained disappearances and many narratives point an accusing finger at security services. Many youths have been picked from their homes in the dead of the night by gun-wielding men, others have been grabbed off the streets in broad daylight while others have simply run and gone into hiding.

Joseph Lubega, the boxer, who captained team Uganda to the 2002 Commonwealth Games in Manchester, has just walked out of captivity after what he called a “terrible ordeal” of one month behind bars. Interviewed about his ordeal in captivity by The Observer, Lubega said he knew he was a dead man.

He said he spent every single day in jail between December 2020 and January 2021 thinking about how his obituary would read. He also toyed with some lines that would be printed on his tombstone. Walking with a limp and struggling to endure searing back pain, Lubega draws a painfully poignant portrait of his suffering in captivity.

Lubega, commonly known as “Joe Vegas” in his home area of Kaabaganda off Bombo road near Maganjo-Kagoma in Wakiso district, said his physical pain pales in comparison to the psychological trauma he is trying to overcome right now. He said he is still a haunted man.

On December 29, Lubega attended a burial. On his way back home, he was grabbed by unknown people and taken to an undisclosed location. Although he faintly remembers how events unfolded on that fateful afternoon as he tried to get back to his five children and wife Allen Kaggwa, Lubega recalls feeling dazed, after taking a cup of tea with colleagues he had travelled with.

“I remember being dragged and beaten in the sides, probably before I blacked out. But I cannot tell you how the whole episode panned out. I only remember waking up in a very dark place. I did not know where I was. But I could only hear people’s voices, yet I could not even see them,” Lubega said.

No sooner had he gained consciousness, than a big door opened. By its structure, Lubega said, it seemed to lead to a dungeon. Food was brought, yet at the same time, he was ordered out. He said he couldn’t make out the face of his jailer. He said he could see his head gear, an army uniform, cargo pants (with many side pockets), and a gun. At that point, he said, it dawned on him that he had been abducted.

“The soldier asked me what Bobi Wine’s plan B was. I told him I did not know what he was talking about. Soon after, I was blindfolded and dragged out, only to be battered endlessly. They kept telling me that I was training a group of boxers to disrupt the elections, which was not true,” Lubega said.

That was simply the start of the torture sessions. Beyond the beatings, which were done with gun butts and batons, the psychological torture was more distressing, he said with a worried look. “

Apart from being in a smelly place, we ate right in front of our toilet, we moved guided by our sense of touch, since we could not see, we never knew what time of day it was. And seeing no light at all is so unbearable. The experience of feeling blind is depressing, you cannot imagine,” Lubega said.

Worse still, Lubega recalled that when his tormentors walked into the dark room, which he referred to as some hell on earth, they would not hesitate to taunt him: “They used to tell me, Vegas, say your last prayers, because you do not have much time left on earth.”

By that time, Lubega’s close friend Zebra Ssenyange had been killed and he did not know. But as Lubega tried to pray to keep strong, he thought about his young children and beautiful wife. He pleaded with his captors, he cried profusely day and night as he tried to persuade his captors to spare his life.

Lubega said facing the prospect of death is such a difficult thing. The fear overwhelms you to a point that praying becomes really difficult. You get into survival mode especially when there is no escape route. Despite all the fatigue and agony, Lubega could not sleep.

He kept getting nightmares about his looming death. The thought of himself in a coffin loomed large. He also thought about what would be written on his tombstone.

“I kept awake most of the time, crying until I could cry no more, wondering what I had done to deserve such treatment,” Lubega said.

Ironically, he was not alone. His wife Allen Kaggwa was running mad at home, where they have a small farm. The stress got to her and she decided to close the salon she was running in Makerere.

“Not having the father of my children at home was unbearable. I did not have answers for the children. At the same time, I did not think I could pay the rent in Makerere anymore; so, I closed the salon,” Kaggwa said.

She said she was so distraught because she didn’t know where her husband was yet news of Zebra Ssenyange’s murder had just broken. On top of that, their home became another horror movie.

“I could only sleep during day. But at night, I was awake all through, worried about what could happen to us under the cover of darkness,” Kaggwa said.

She said that one night, at about 2 am, people drove into their compound and parked. At first, she thought Lubega had come back. However, she couldn’t hear any sound of movement or voices outside. The occupants of the car simply sat tight. She said she remained still until about 6am when they drove away.

Such scare tactics did not stop Kaggwa from looking for her husband. Using social media, TV and radio, she made a rallying call to whoever could help her find Lubega. The situation seemed hopeless all around. She reached out to police and other people, who had last seen Lubega at the burial.

However, a week ago, a neighbour knocked on her bedroom window at 6 am and told her that she had news of Lubega’s whereabouts. She said Lubega had been dumped somewhere in Bombo. Kaggwa quickly went to the location and found Lubega helpless and unconscious.

The reunion was emotional. Kaggwa cried as she tried to get her hubby onto his legs without much success. For Lubega, he still feels like he is back from the dead.

“I was picked from the dark room, blindfolded. As I walked up the staircase, to the waiting car, my captors kept telling me, Vegas, this is the final hour. Time to meet your creator. I was overcome by grief and imaginations of what the afterworld would be like for me. I felt weak in the knees. I was already dead as these fellows held a gun to my head,” Lubega said.

When Lubega finally woke up and saw his wife and later his children, he was very excited. He doesn’t wish anyone to go through his ordeal. While in the dungeon, he recalls that more abductees were brought in from several places around the country.

The only way they consoled each other, was by telling stories of their abduction. Strangely, they couldn’t see each other since they were in a very dark place but they connected. They vowed that whoever survived would alert the dead colleagues’ families.

To-date, Lubega says he doesn’t know what happened to his inmates, much as he remembers their names. But as he continues to get treatment for his physical wounds, Lubega is more worried about the psychological wounds; post-traumatic stress disorder (PTSD).

He cannot sleep because he keeps getting nightmares of being killed. He is a haunted man.

However, according to Julius Kikooma, a psychologist at Makerere University College of Humanities and Social Sciences, depending on how much trauma weighs on a victim’s mind, it is difficult to know the impact before proper diagnosis is done.

He said people who suffer from PTSD emerge from a very dark place that brought them distress and discomfort to their mental capacity (brain) over a protracted spell.

If one lived under the threat of death constantly or under so much fear and anxiety caused by being incarcerated against their will, tortured and so forth, it is very possible they will suffer from PTSD. This can present with sleep disorders (lack of sleep), endless anxiety, restlessness, hearing of voices, hallucinations and nightmares, among other things.

Once such symptoms persist, the victim must seek medical help. Interviewed about the rampant kidnaps, Gen Jeje Odongo, the minister of Internal Affairs, told journalists recently that he needs specifics like names of the victims and places where the kidnap happened.

12
-7 #11 Mama Mia 2021-02-04 14:45
Cheap Propaganda! Everything in our daily lives is being baptised: arresting criminals is now named abducting political activists, a fake MDD diploma is now a PhD etc.

I empathize with Lubega and family went through.If you are going to fight a governent using unconventional ways the unseen effects of your efforts can also be bewildering.

Lubega is lucky to be alive.Some days he would wish he wasnt alive anymore.So sad.

You know value of peace when its gone.Its a choice 9ne has to make.

He had chosen violence. I am now sure that he has changed his mind, chosen peace and will never meet those Plan B guys again.

Sometimes this treatment is used by security guys to tame and save us from ourselves.