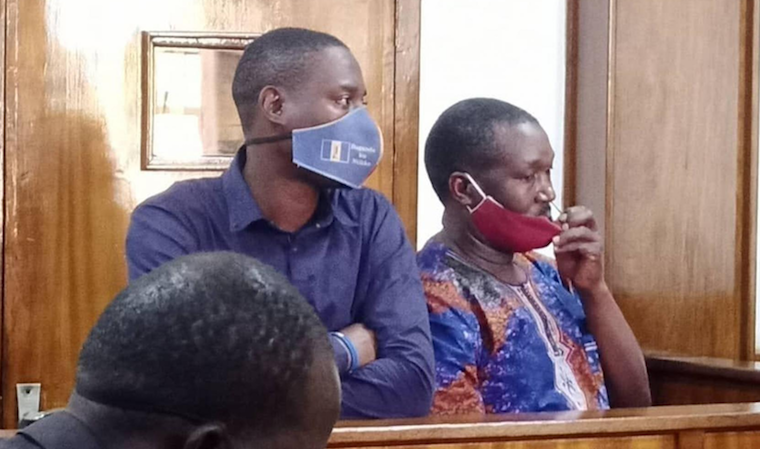 Uncle Money and Benson Ssenyonga in the dock

Tumusiime died on August 16, 2019, a few days after being subjected to mob justice after being accused of stealing a mobile phone. During the hearing, court heard that Uncle Money held the deceased by the collar and dragged him on the road towards the Royal hotel in Kasubi before handing him over to a mob led by Ssenyonga.

The mob thereafter undressed the deceased and battered with electricity cables after tying his arms together with the legs.  He pleaded with the mob to spare his life in vain. In her judgment, Ayo noted that Uncle Money and Ssenyonga who were serving as the vice-chairperson and defense secretary of the village respectively ought to have upheld the law but chose to descend on the deceased and tortured him to death.

She explained that the testimony of the prosecution witnesses shows that the convicts killed the deceased in a very barbaric manner, which should be condemned. In her judgment, Ayo said the convicts deserve a custodial sentence and handed them a four-year jail term.

She directed that court refunds the Shs 2 million the convicts deposited as security for their bail and advised them to appeal the decision in a higher court if they are dissatisfied with her judgment.

State prosecutor, Timothy Amerit had asked the court to sentence the convicts to 30 years in jail, arguing that cases of mob justice have been rampant in Ugandan societies.

However, the convict’s lawyer, Robert Kasozi asked the court to give his clients a lenient sentence on grounds that they are the sole breadwinners of their families and first-time offenders, a factor the magistrate considered while passing her sentence.

Tumusiime’s widow, Joan Natukunda wasn’t happy with the sentence, saying Uncle Money needed to be in jail for the rest of his life such that his family can also have their share of the suffering she is going through. Natukunda, who broke down in court, said her children didn’t lack anything when their father was still alive but are currently struggling to survive.