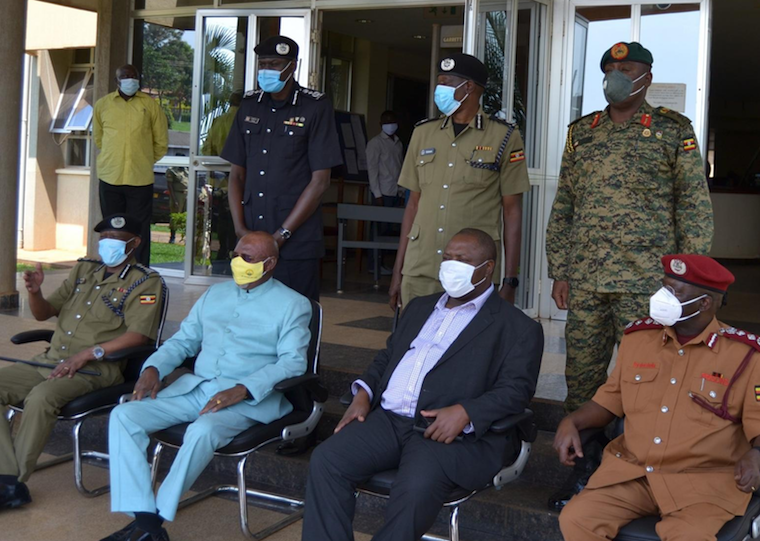 The Inspector General of Police (IGP) Martins Okoth Ochola has vowed that security agencies will continue beating journalists purposely to ‘deter’ them from going where there is danger.

Ochola, who was speaking at a joint election security and preparedness presser, said he was unapologetic that journalists have been clobbered during their line of duty because they went where there was danger, contrary to police guidance.

Journalists, according to Ochola, often refuse to follow guidance by security forces, a reason they end up being beaten purposely for their own safety. Ochola said security forces do not target the media but fracas ensues when they fail to observe security guidance.

"When we tell a journalist please don’t go there, and you’re insisting you want to get the news there that is what happens. Cooperate with us, we need you, you need us. It is not that we’re targeting the media, no. We’re trying to protect your lives. We’re telling you there is danger there and for you, you’re insisting you must go where there is danger, yes we shall beat you for your own sake to help you understand that don’t go there. Yes, we shall use reasonable force to ensure that you don’t go where there is a reasonable force. That one I have no apologies. Is police apologising for mishandling journalists, my answer is am very sorry excuse me, we shall not apologize but we shall continue helping you," said Ochola.

Ashraf Kasirye, a Ghetto TV journalist, Ali Mivule of NTV and Daniel Lutaaya of NBS at Lwengo and Kasirye is still fighting for his life at Lubaga hospital after undergoing head surgery as a result of a teargas canister that was fired at him and exploded on his head.

"That security targets the media, actually it is to the contrary, it the media targeting security. The media will like to portray security as being brutal, as being against the government itself, I think this very unfortunate and we must put it clear," Ochola added.

AIGP Edward Osiru Ochom, who is police’s director for operations, said police have arrested 17 activists on Kyagulanyi's campaign trail putting on press jackets yet they have no known media house they are working for. Ochom blamed journalists for not denouncing activists posturing as journalists.

No matter how revered you are, or think you are, once you sign up with this criminal mob, you are on a one-way trip to self-destruction. Just listening to Ochola's outburst proves this.
Report to administrator
123