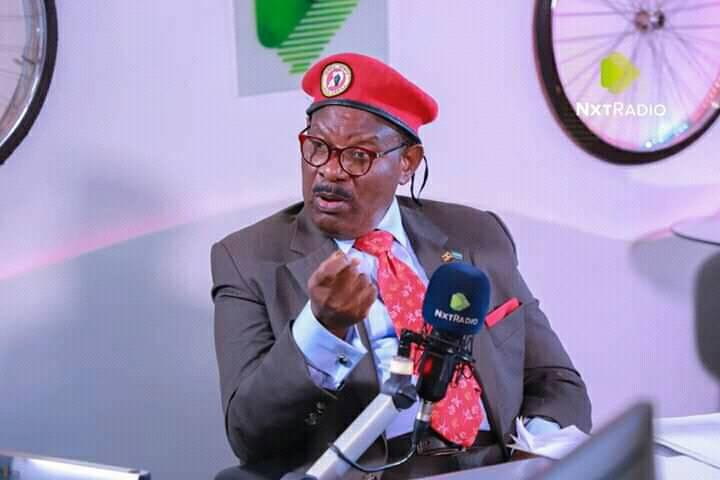 Available information indicates that Sebaggala fell in his home in Munyonyo on September 7, and was rushed to IHK with abdominal complications. At IHK he was diagnosed with intussusception; a condition in which one segment of intestine inverts within another, causing an intestinal obstruction.

He was subsequently subjected to an emergency surgery which was successfully performed. He, however, did not recover well until he was pronounced dead this morning.

Sebaggala, a former member of the Democratic Party had recently returned to the political scene when he sought the endorsement of the People Power pressure group to contest for the position of Kampala Lord Mayor, for yet another turn.  He said he was considering a comeback to offer his experience in supporting programmes to eradicate poverty and unemployment among the youths in the capital.

Prior to this move, Sebaggala had served as an advisor to President Yoweri Museveni in 2012.  However, he said he had tendered in his resignation to the president in pursuit for what he referred to as an opportunity for bigger national service to Ugandans.

The seasoned politician came to the limelight in the late 90s’ when he won the race for the mayor of Kampala beating Wasswa Biriggwa and Christopher Yiga. However, he did not complete his term of office after he was arrested in the United States of America on charges of making false statements, bank fraud, and transporting altered securities.

To Many Ugandans, after crisscrossing from several political parties, and settling in the NRM, Sebaggala was due for retirement.  However, Sebaggala said that politicians don't retire, they only take a rest and return whenever necessary to offer leadership.

-1 #1 kabayekka 2020-09-26 14:10
One wonders what the suffering citizens of Kiteezi landfill have ever gained from these ambitious and ever contesting Mayors of Kampala?

They never ever visit this place and help to try and solve the many modern intricate problems. The landfill is full up to its environmental capacity. And no one cares. The project to clean the ever flowing infected waters is dead and buried! Long live the Mayors of Kampala!
Report to administrator
0 #2 kabayekka 2020-09-26 14:22
Right now there is the fish farmer who for now 2 years has struggled to rebuild his fish farm just near this miserable landfill.

The constant flooding destryed it 2 years ago. He has failed to get any compesation! One wonders what type of a Mayor does this stay exactly deserve? As this very popular one has now kicked the bucket.
Report to administrator
+1 #3 Rwatoro 2020-09-26 16:48
This is such a shock. There are no words for such an unimaginable loss. Hajji Ssebagala was indeed a delightful man, and we will miss him dearly. I pray for the entire family.

Something must have happened behind it. They saw him coming back. Others saw him as an obstacle in the politics of Kampala and a NUP candidate. I don't think M7 would love Ssebagala to come back to the Mayor's role for Kampala? That is for you all to debate about! What do you think?
Report to administrator
+1 #4 Lysol 2020-09-26 18:24
Some people say there are two sure things in life, death and taxes. The rest don't matter.
Report to administrator
+1 #5 WADADA rogers 2020-09-26 20:46
Even in his death, Sebagala is better than a living President in Uganda, long live Seya in your death, you deserve more blessings, you made the people of Kampala proud, you and Sebaana were the best mayors for Kampala.

May the Almighty Allah forgive your short comings if any
Report to administrator
+1 #6 Miki 2020-09-26 22:55
Looks like another instance of lousy patient post-operation (post-surgical) management.

This is the biggest problem for recuperating surgical patients in Uganda. It s the same situation for postnatal deaths where we see so many mothers die from preventable or treatable complications soon after child birth.

Hopefully cases like this and the many others before can help put a spot light on this weakness. For many of the countries where health care systems work, the planning for post surgical care is as meticulous as the planning for the surgery itself, and a separate team specializing in post op recovery kicks in place as soon after a successful surgery. There are many Ugandan health care practioners - doctors, nurses, , nutritionists, physical and occupational therapists and more in the diaspora who are experts in post-op and postnatal care whose expertise the Ugandan government has never even tried a feeble attempt to harness.
Report to administrator
+2 #7 Lysol 2020-09-27 04:45
Intussusception(Bowel Obstruction) mostly occurs in children. It is strange how an old man like that flamboyant former mayor should die of it.

The IHK is a grave yard for many politicians because of the many quack doctors who work for the regime. It should be shut down, before it is faced with many malpractice lawsuits.
Report to administrator
+1 #8 Lakwena 2020-09-29 08:54
In other words, it was the abdominal complication/obstruction (sudden shocking sharp pain), which caused the fall not the other way-around.

Because e.g., of osteoporosis (porous/weak bone disease), usually and suddenly elderly people fall. Only to realize that they have a broken leg.

In other words, the bone/leg suddenly broke and caused the fall (collapse). We are told that even a sneeze can cause a sudden break of a bone or two, of someone suffering from osteoporosis.

May Ssebagala's soul be at peace. We shall miss his English language e.g., referring to Lord Mayor, Lukwago for becoming a "laughing stone".
Report to administrator
+1 #9 Lakwena 2020-09-29 09:02
Quoting Lysol:

Intussusception(Bowel Obstruction) mostly occurs in children. It is strange how an old man like that flamboyant former mayor should die of it.

The IHK is a grave yard for many politicians because of the many quack doctors who work for the regime. It should be shut down, before it is faced with many malpractice lawsuits.

In other words Lysol, even if I had the money, I would rather go to Mulago or Lacor Hospital.

Otherwise the so call International Hospital of this country only look at the money in the patient not the disease. You live or die; they will hold their noses while rollig your dead body out of their facility and still take the money anyway.
Report to administrator