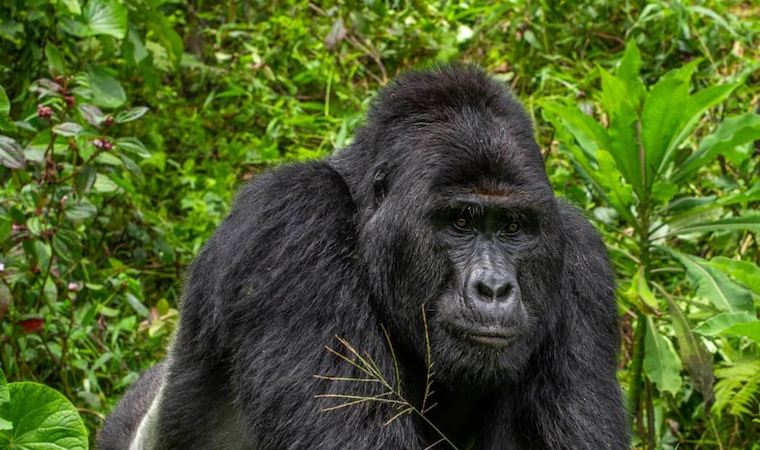 Rafiki was killed by Felix Byamukama

A man who killed one of Uganda’s rare silverback mountain gorillas; Rafiki in a hunting escapade will spend 11 years in jail after pleading guilty to the charges.

Rafiki, a member of the silverback family from Nkuringo Group in Bwindi Impenetrable national park was the head of a group of 17 habituated mountain gorillas. He went missing for a day when eventually, his body was discovered. He was thought to be around 25-years-old at the time of his death.

According to the postmortem report from Uganda Wildlife Authority (UWA), Rafiki was killed by a sharp object which penetrated his internal organs. In the aftermath, one Felix Byamukama, a resident of Murole village in Kisoro village was arrested after he was linked to the incident which took place on June 1 at Hakato inside the park.

Byamukama, who was arrested together with Evarist Bampabenda, Valence Museveni and Yonasi Mubangizi, later confessed to having speared the gorilla to death in self-defence after the group charged at him while he was chasing a wild pig. He was also found in possession with rope snares and a dog hunting bell.

But after pleading guilty, Byamukama pleaded for pardon. But Kabale chief magistrate Julius Kyaka Borere sentenced him to 11 years in jail because he did not waste court time by swiftly admitting to the crime.

His co-accused; Bampabenda, Museveni and Mubangizi who denied the charges were remanded back to Kisoro government prison until further notice.

UWA executive director, Sam Mwandha welcomed the judgement saying that justice for Rafiki has been received. He says that if wildlife is killed, the department also loses. He adds that it is everybody’s role to conserve wildlife.

Being isolated from the group, he became an easy target for the poacher. In the animal kingdom like in politics, there is always competition for power and dominance. The stronger youngster must fight the weaker aging one and win.
Report to administrator
-1 #2 WADADA rogers 2020-07-30 20:11
I hear Byamukama confessed to having speared the gorilla to death in self-defense after the group charged at him while he was chasing a wild pig.

I am wondering why court did not take into consideration the fact that it was done in self defense, what would be the case if rafiki killed Byamukama.

Am sure UWA would have only contributed burial expenses. Now the man has to go and rot for 11 years for defending himself
Report to administrator
-1 #3 Empayippayi 2020-07-31 14:51
State security agents who kill civilians routinely are decorated, civilians who once in while kill apes in animal sanctuaries are jailed!
Report to administrator
0 #4 Olum S. 2020-07-31 15:37
WADADA. You are making absolutely no sense at all.

The gorilla was chasing a wild pig. Both animals were well within their own natural habitat.

Yet here are these poachers, who have illegally encroached into this protected area, and then they go on to attack and kill the gorilla, as it is chasing the pig.

There is absolutely no argument for self-defence, as you are trying to portray here. The poachers are the attackers, and are fully in the wrong.

If any one of them were harmed, or even killed by the gorilla, then who would you blame?

Do you blame the gorilla, who would only have been trying to defend itself against these sudden intruders, or would you blame the poachers, who knew exactly what crimes they were about to commit, but went ahead anyway?
Report to administrator
0 #5 kabayekka 2020-08-01 10:30
This is a magistrate who should have gone to the bush and watched these problems for a week or two.

The poor African human soul should have been given a lawyer as the dead gorilla had its own. Uganda Wild Life receives lots of money worldwide to look after these great natural wonders of our planet earth.

As soon as this animal got lost, the neighbouring human habitant should have been informed. An alarm made out. And a reward put up to find this great animal. Shame on you. The best the greedy government can do is to give this man a job in wildlife preservation.
Report to administrator
0 #6 kabayekka 2020-08-02 07:25
Putting a tracking device is over due on such very important animals۔
Report to administrator
0 #7 kabayekka 2020-08-02 07:43
For a modern State of Uganda, if it can afford to pay and run an expensive security system to track its people left, right and centre, it has the money to look after these money making animals better. Shame on you Uganda Wild Life Organization!
Report to administrator