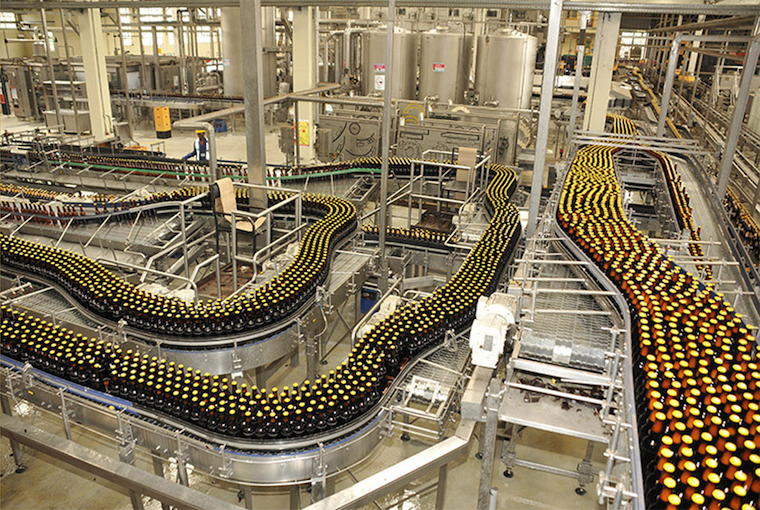 The manufacturers say given the harsh impact of Covid-19 on the economy, especially in the tourism, entertainment and hospitality sectors both directly through prolonged closures, and indirectly by depressed demand, it is still too early to directly impose on them the costs of implementing digital tax stamps (DTS). They have asked the president to wait until when the economy has recovered.

In the online petition, titled: Save Uganda's Farmers, Retailers and Distributors' Livelihoods - say #NoToTaxStampCosts that can be found on this link: http://chng.it/Y9pNBJnMds, the two associations say, implementing the decision now will have a far-reaching impact on the economy and put to over 138,000 jobs at risk and the 352,000 households that they support.

According to the manufacturers, it will, on average cost each manufacturer Shs 15 billion to pay SICPA, the Swiss company implementing the DTS.

This is over and above the tax to be paid, a cost they say is a business killer. According to rates earlier announced by Uganda Revenue Authority (URA), each digital stamp costs, Shs 15 per water bottle, Shs 50 for beer bottles, and Shs 185 for wines and spirits. The rates apply on either locally made or imported beverages.

“Our member industries were appreciative that the government had recognized the severe impact that imposing these costs on industry would have and as a result agreed that government would bear the cost of DTS. This Shs 15 billion per manufacturer per year cost will radically increase the costs of doing business for Ugandan manufacturers, with far-reaching consequences for all parts of their Ugandan value chains, including farmers, retailers, distributors, government, and consumers,” the manufacturers say in their petition.

Up to 50,000 farmers could be impacted by this move, the petitioners say, and up to Shs 10 billion in revenue potentially lost in household income as a result of reduced demand for raw materials, that among others include sorghum, sugarcane, barley, milk, cassava and maize.

Up to 88,000 retailers and the households they support could also be affected as a result of reduced demand for the beverages, as a result of increased prices.

“As a result, the government could also lose up to Shs 6.6 billion in tax revenue, and its policy of low-cost domestic manufacturing undermined. The lower manufacturing output could lead to lower overall tax revenue from reduced sales. There will also be a further reduced tax revenue from consumers switching to untaxed illicit goods. government’s post-Covid-19 recovery plan will also be defeated,” further contend the petitioners.

“All our efforts to obtain reassurance from the government that it will cover the DTS costs beyond 30 June 2020, have so far proved futile. We have been left with no other alternative but to request your help. If the industry has to pay for tax stamps, the livelihoods of farmers, retailers, distributors, and the public will all be drastically affected. The situation is even more pressing as a result of the Covid-19 pandemic which has severely impacted the operations and extensive supply chains of the very industries that will be affected by the imposition of DTS costs," the petition further reads.

An April 2020 national socio-economic study by the United Nations Capital Development Fund (UNCDF) in cooperation with Makerere University (the College of Business and Management Science) with support from URA reported that 62.3 per cent of Ugandan business are considering or have already started cutting jobs as a result of Covid-19,  a trend that could render up to 100,000 Ugandans jobless in the formal sector and up to 4.4 million in the informal sector.

Bank of Uganda (BoU) in their June monetary policy statement reported that BoU's Composite Index of Economic Activity, contracted by 4 per cent month-on-month in April 2020, indicating continuous shrinkage of economic activity heading into May 2020.

Also, the Purchasing Managers' Index (PMI) remained below the 50-mark for the third consecutive month in May 2020 (PMI below 50 indicates a contraction in industrial production).

The Central Bank also reported that although the world was gradually easing the lockdown measures instituted to contain the spread of the pandemic, the adverse consequences of the global and domestic supply chain disruptions could persist through the remaining part of 2020.

BoU also reported that the whole, household expenditure, investment, exports, and imports are projected to decline in 2020. BoU revised down its projection of economic growth to a range of 2.5 to 3.5 per cent in 2020 from the April 2020 forecast of 3 to 4 per cent and said that Uganda’s economy will most likely gradually recover to between 4 to 5 per cent in 2021, rising further to between 6 and 6.5 per cent in 2022.